Trial begins in lawsuit over death of Rebecca Zahau

A jury of six men and six women has been seated in the Zahau wrongful death lawsuit trial with opening statements set to being at 9:15 a.m. on Wednesday. 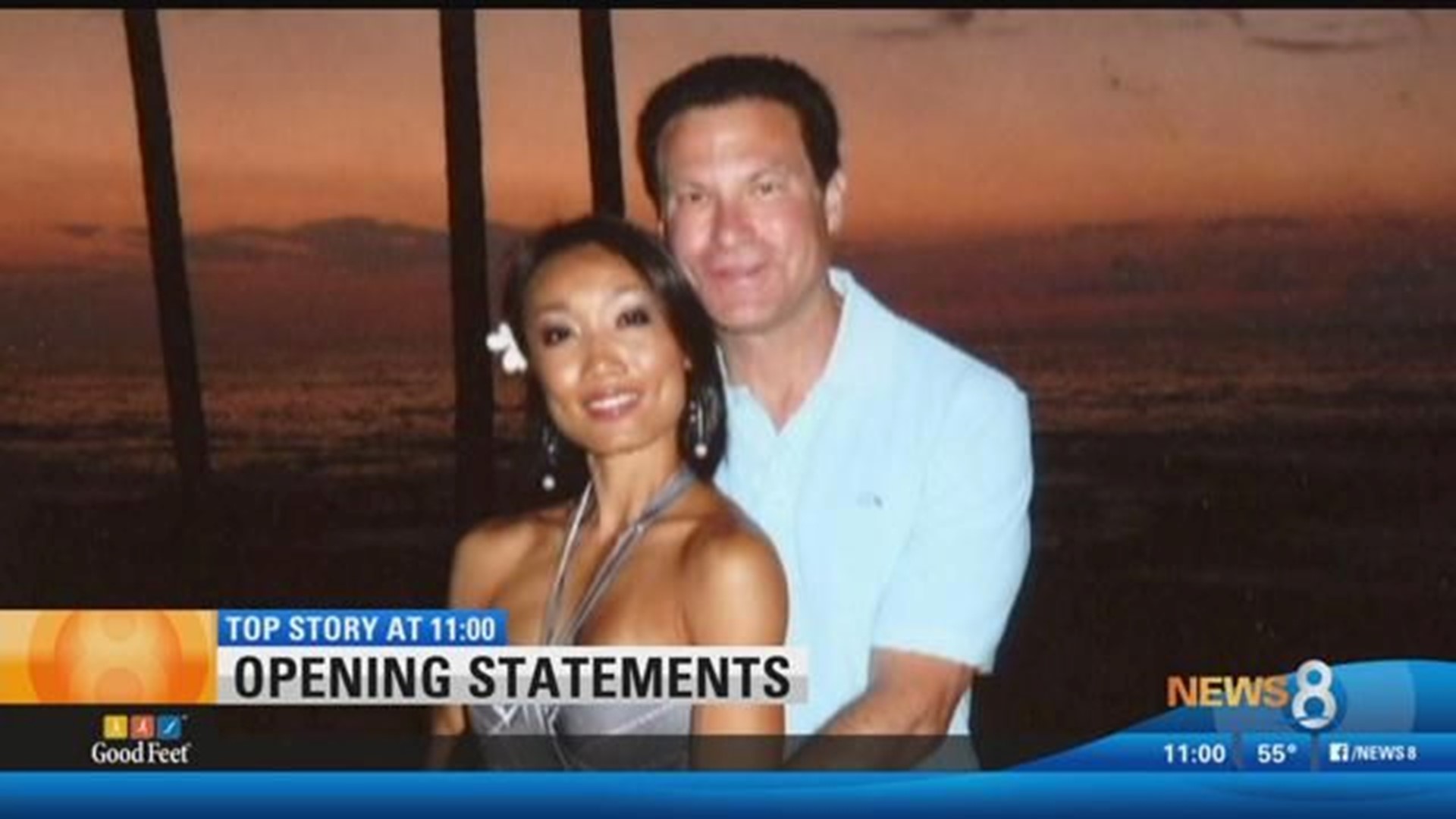 SAN DIEGO (NEWS 8) — Opening statements and testimony from family were heard by a jury Wednesday, in a case that made national headlines after a woman was found hanging in a Coronado mansion.

The family of the woman, Rebecca Zahau, is suing her boyfriend's brother, Adam Shacknai, the only other person said to be at the home when she died.

Rebecca Zahau was reportedly found naked and hanging from a second-story balcony at the mansion in July of 2011.

San Diego County Sheriff's investigators determined her death was a suicide, but her family believes she was murdered.

Adam Shacknai was staying in the guesthouse at the mansion property on the night Zahau died.

It happened July 13, 2011, two days after 6-year-old Max, the son of Rebecca's boyfriend Jonah Shacknai, took a fatal fall in the same home while Rebecca was babysitting

Rebecca's body was found by Adam, who called 911. Her hands and feet were tied up - her family's attorney says that's proof this wasn't self-inflicted.

Adam Shacknai's attorney says his client has no criminal history and was only in town to support his brother after Max's fall. He says police came to the right conclusion - that Adam had nothing to do with Rebecca's death.

The first witness to testify following opening statements on Wednesday was Zahau's sister Mary Zahau-Loehner and her mother Pari Zahau is also slated to take the stand; the two are plaintiffs in the wrongful death lawsuit.

In the trial, Rebecca's family is seeking monetary damages from Adam for her death. They say Rebecca provided money for her parents that they desperately needed. They are also seeking compensation for the emotional toll they've endured.

The lawsuit claims that Adam Shacknai was behind the 32-year-old woman's death in retaliation for the death of 6-year-old Max Shacknai.