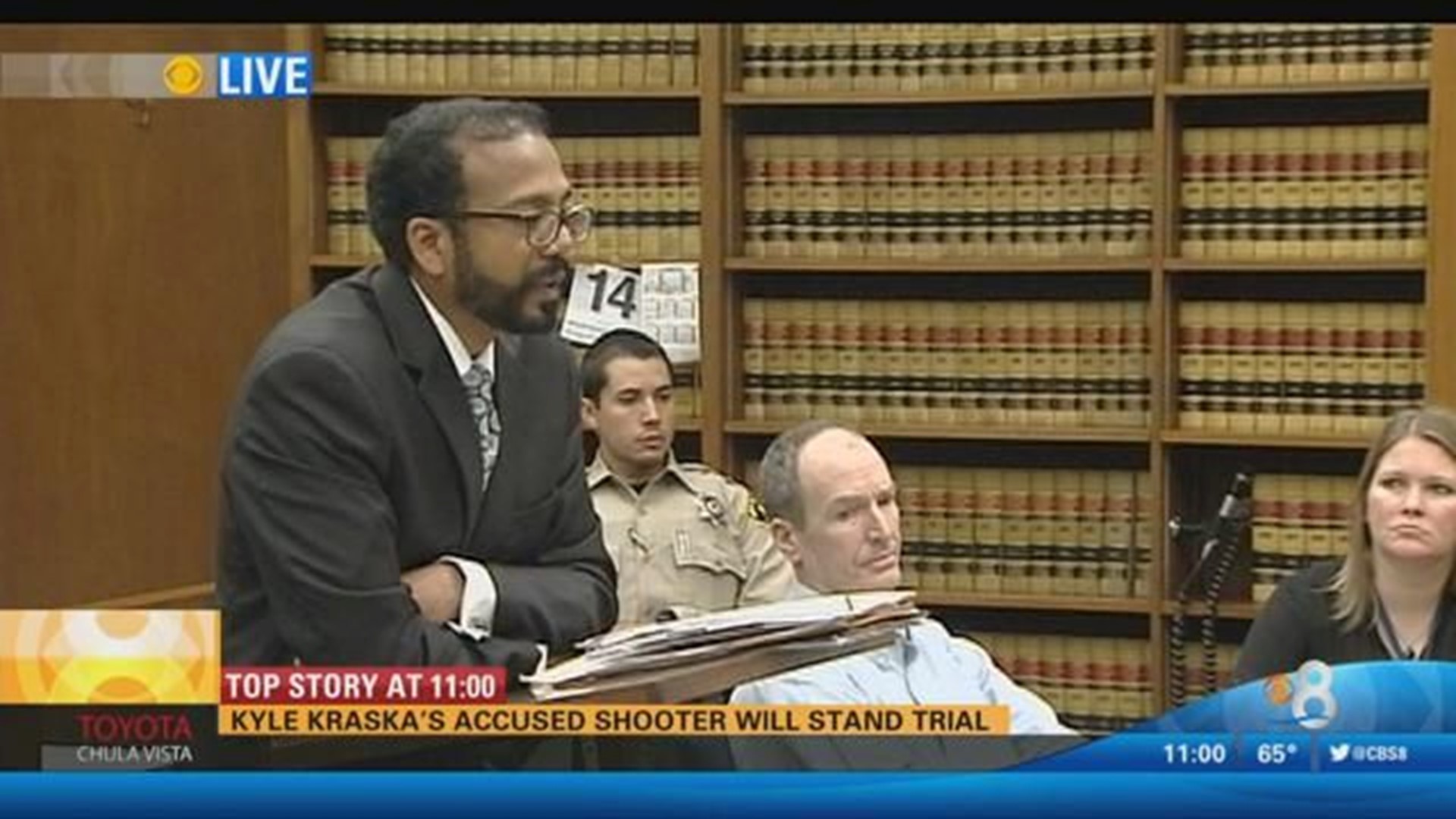 SAN DIEGO (CBS 8) - The man accused of shooting CBS News 8 Sports Director Kyle Kraska will stand trial for attempted murder. The preliminary hearing began Tuesday when Kraska took the stand, painfully reliving the day he was attacked outside his home.

Kraska said it was Mike Montana who pulled behind his car, got out, and opened fire. It did not last long, but it left him with several gunshot wounds.

House painter Mike Montana watched quietly as three witnesses took the stand Wednesday. They included a San Diego police criminal specialist, an evidence collections expert and a man who heard the gunshots in Scripps Ranch while doing yard work at his brother's house in February.

[READ the complete background on the events surrounding Kraska's shooting]

The 54-year-old is accused of ambushing and shooting Kraska in front of his home February 10, 2015. Deputy District Attorney Rebecca Zipp said Montana fired into Kraska's car as he was backing out of his driveway and intended to kill him due to a financial dispute over a paint job. At the time of the shooting, Montana was out on bail.

Mike Montana's defense lawyer tried to argue that he didn't intend to kill Kyle Kraska and that he shot at his car, not directly at Kraska. The defense also added that Montana may not be the shooter:

A crime scene specialist said she collected 11 cartridge cases by Kyle's car and found several more in Montana's van and house, and Montana's hands were tested for gunshot residue. However, she did not collect the actual weapon.

Also Wednesday, the defense called Aaron Mack to the stand. Mack was working in the yard at his brother's house when he heard gunfire. He couldn't identify the shooter, but said the man was standing in between Kyle's silver car and a dark-colored sedan with a handgun aimed at Kyle's car.

"I heard the noises. I opened the gate and peaked out front just to see if there were kids out there setting off fire crackers. All I saw was a silver car parked like in the street, and then there was a dark colored sedan parked next to it" said the witness.

Mack said he did not see a van parked anywhere on the street.

Montana's lawyer said assuming he was even the shooter, he never meant to kill, but the prosecution pointed out the defendant pointed a gun at Kraska from several feet way for no other reason than to kill him.

If convicted, Montana faces 37 years to life in prison. The trial has been set for November 2, 2015.

Montana's sister was in court Wednesday, but didn't testify.

Before the trial begins, Montana will be back in court for a readiness hearing on August 18th.