A man accused of jumping on stage at a Taylor Swift concert at Petco Park last year and seriously injuring a member of her security team must stand trial on five charges, including assault, battery... 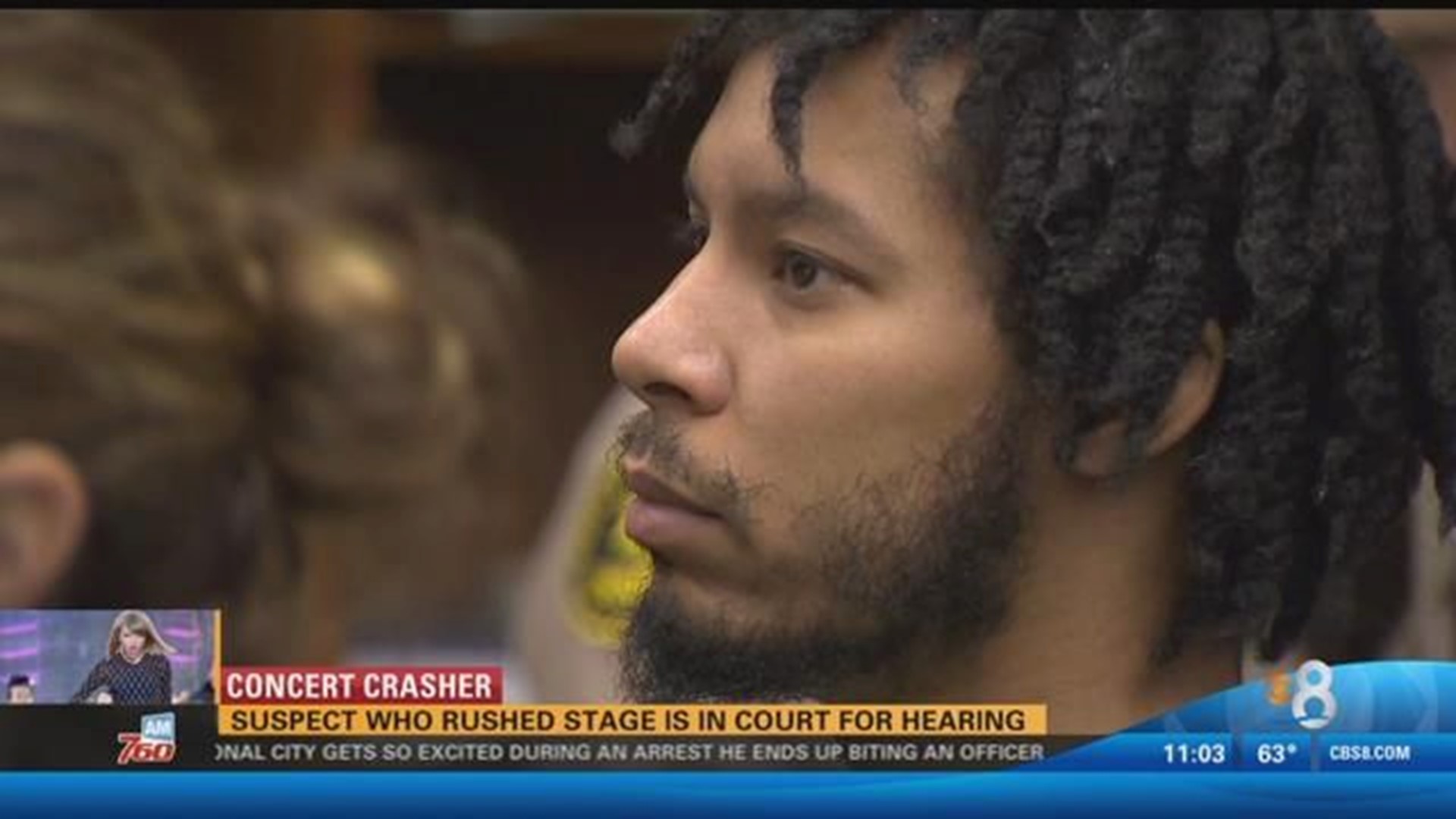 "Ewing flailed his arms and legs and twisted and squirmed his body," said San Diego Police Officer John Clayton. "[He] rolled around on the ground, making it impossible to control him.}

After Ewing was finally in custody, authorities asked him why he did it.

"I love that girl," Ewing said according to testimony from Clayton at today's preliminary hearing.

Ewing - now charged with 3 felonies - sat quietly in court Wednesday during the hearing.

Witnesses testified that the 27-year-old was stopped by security before jumping on stage, but while being escorted out of the facility he was able to escape from of the security guard's grip.

Ewing then headed straight for Swift.

Before he could get close to the singer he was tackled on stage where he kept fighting - injuring a member of Swift's personal security team named David Durkin.

"Mr. Ewing's knee came up and made contact with the rib area of Mr. Durkin," said San Diego Police Officer Linda Tousley. "As it did, Mr. Durkin said he could feel his rib cage pushing in toward the center of his body."

According to court testimony, Durkin had a broken rib.

Ewing was eventually taken to jail, where 2 days later, he's accused of getting into a fight with sheriff's deputies who were responding to his cell for a medical call on another inmate.

"The deputies began to exit the cell and secure the door and Mr. Ewing forced the door open and forced his way out of the cell," said Deputy Francis Gardiner of the San Diego Sherrif's Department.

After about an hour of testimony, Judge David Rubin ruled there was enough evidence to send Ewing's case to trial.

Ewing will stand trial on five charges, including assault, battery and resisting officers.

He faces four years and eight months in prison if convicted.

Deputy District Attorney Jessica Coto said Ewing had several arrests in multiple states, an active warrant for a theft-related offense out of Florida, and a felony conviction for transporting drugs from out-of-state.