Southbound Interstate 5 near Camp Pendleton turned into a virtual parking lot Friday after a multi-vehicle crash involving a propane tanker blocked all lanes of the freeway, authorities said. 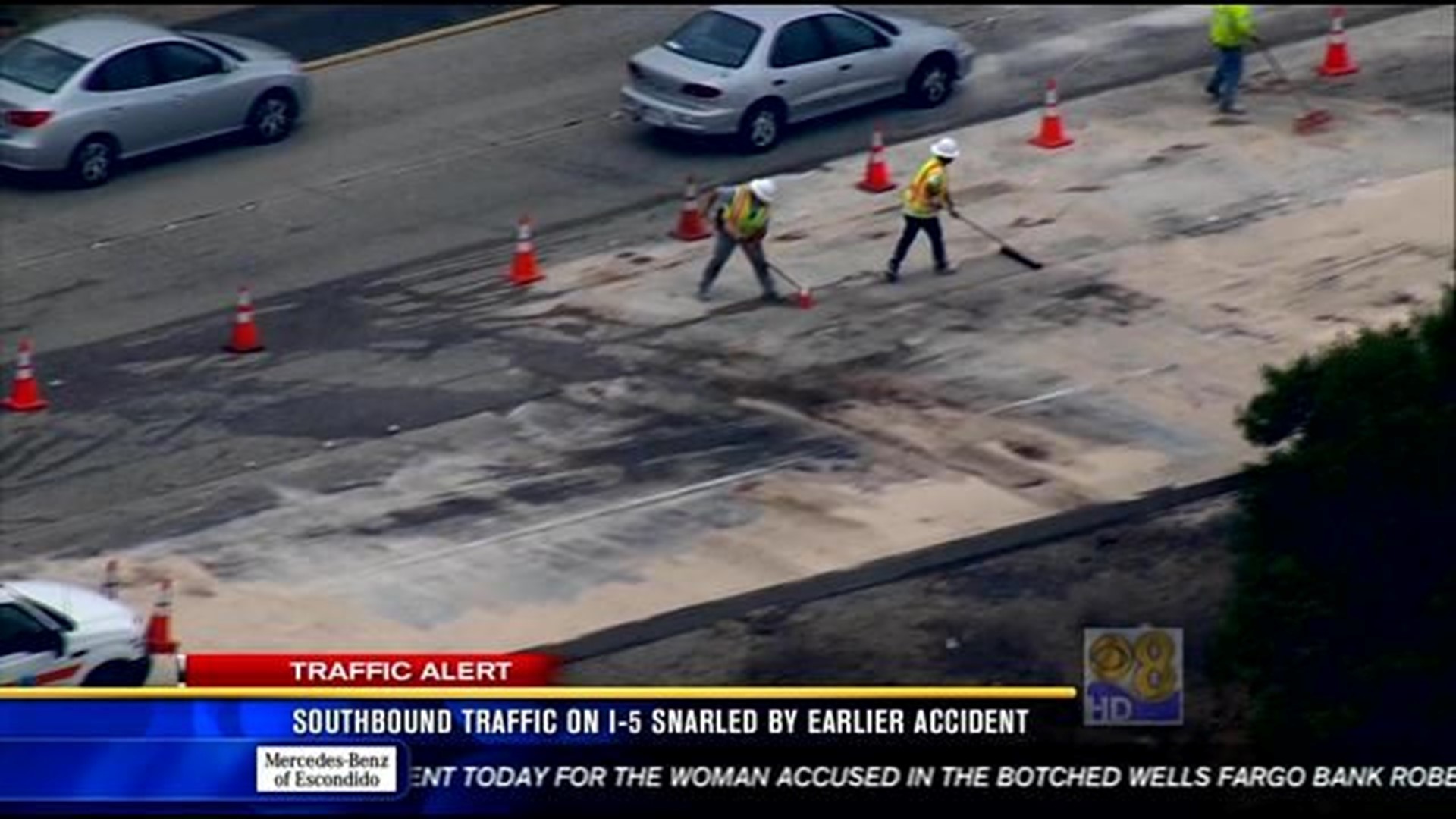 The minor-injury wreck occurred shortly after 7 a.m., when the driver of a discount-store cargo rig encountered stationary traffic ahead of him in the San Onofre area, just south of the Orange County line, and was unable to stop in time to avoid a crash, according to the California Highway Patrol.

The vehicle hit the back of a propane tanker, pushing it into a flatbed and two other trucks in line to enter a commercial scale facility, CHP public-affairs Officer Jim Bettencourt said. The collisions littered the roadway with spilled fuel and other debris.

The driver of one of the vehicles hit by the tanker suffered a cut to his head. Medics took him to Mission Hospital in southern Orange County and evaluated the other involved truckers at the scene for complaints of pain, Bettencourt said.

All southbound lanes were blocked until about 8:30 a.m., when one went back into service. A short time later, authorities began detouring vehicles around the accident scene on the left-hand shoulder.

The entire southbound side of the freeway was open again in the area by shortly before 11:30 a.m., but traffic remained heavier than normal into the afternoon, the CHP reported.