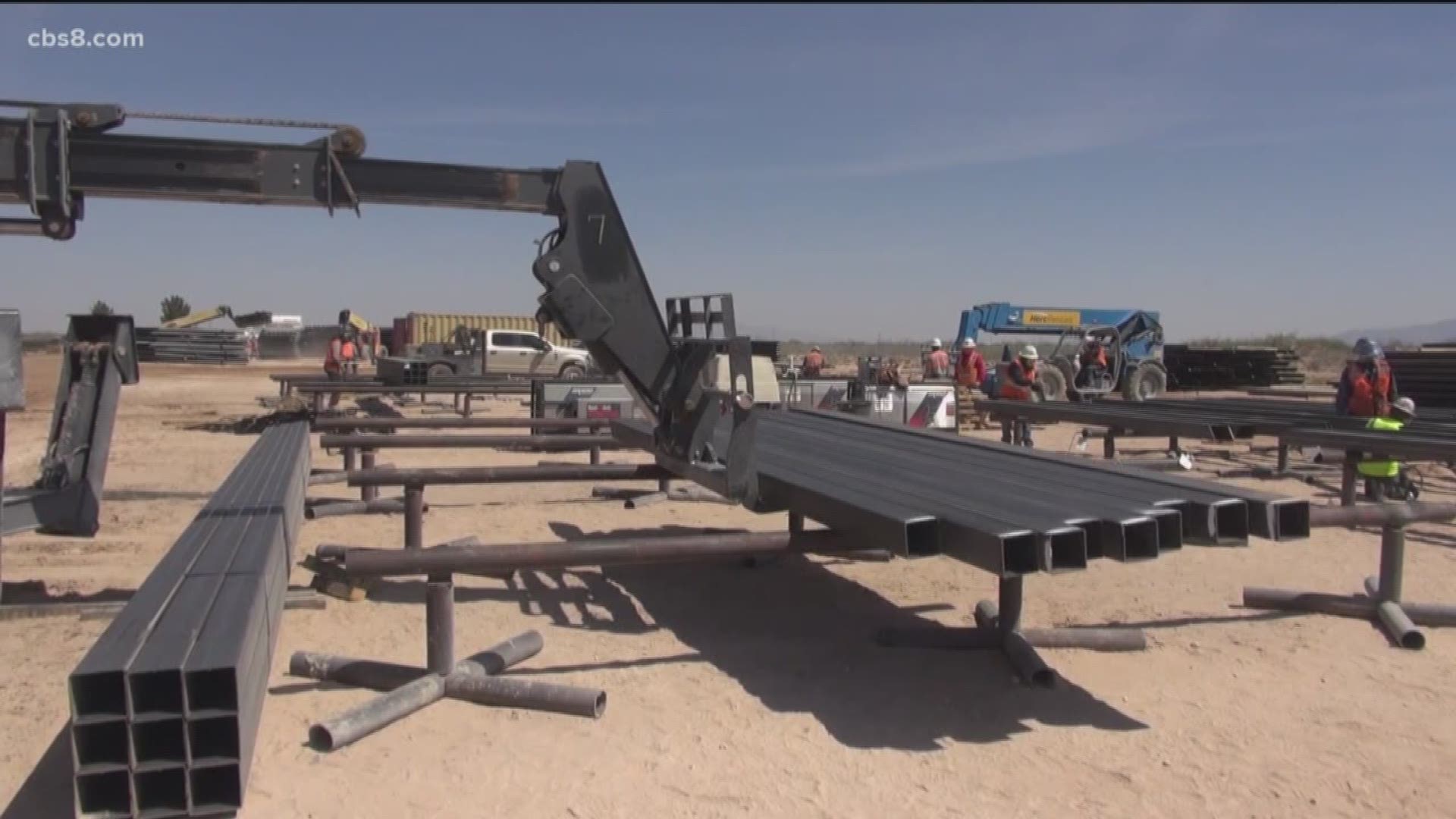 SAN DIEGO — President Donald Trump began the week tweeting photos of the border wall being built in San Diego saying, "Democrats want Open Borders and Crime! So dangerous for our Country. But we are building a big, beautiful, NEW Wall! I will protect America, the Dems don't know where to start!"

Trump's tweet was accompanied by a photo of construction in San Diego.

In regards to the claim that Democrats want open borders - it is true some far left groups have urged for this; but a bipartisan agreement passed by Congress this year included more than a billion dollars for physical border barriers.

As for Trump's assertion that "we are building a new wall," this is partially true in that a new, bollard-style fence was recently completed. The fencing has anti-climbing features at the top and concrete at the bottom to deter tunneling.

Two weeks ago, crews finished the installment of the last panel of the Otay Mesa border wall, a section of fencing that stretches a half-mile east of the Pacific Ocean to the base of Otay Mountain. But it was a replacement of an older wall which was a smaller fence that Border Patrol says was easier to penetrate.

The new wall more closely aligns with the border. Previously, the fencing went with topography and was built further inland. This time, it's about two feet from the actual line and will make maintenance easier, according to authorities.

The pictures in Trump's tweet have also been called into question. The top image is actually from Santa Teresa, New Mexico - just outside of El Paso. Similar to San Diego, they are replacing existing barriers - not building a wall where there wasn't one before.