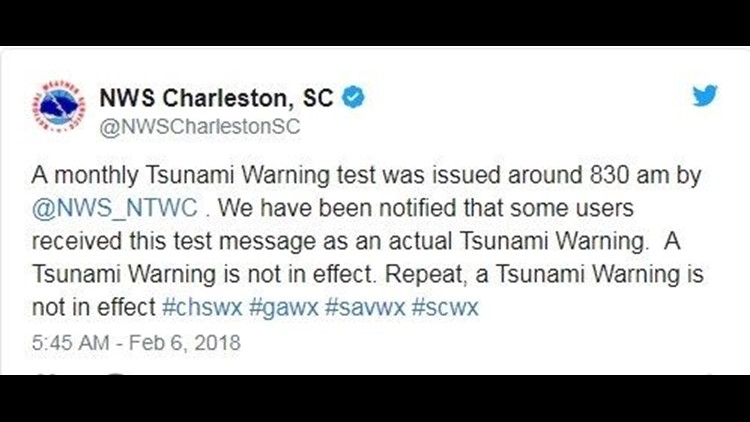 Some people on the East Coast got a push alert on their phones about a tsunami warning, but the National Weather Service says it was just a test.

Meteorologist Hendricus Lulofs said there was a glitch Tuesday during a routine test. That meant some people received what looked like an actual warning on their phones. He says the National Weather Service is trying to sort what happened.

Officials said it appeared to be an issue with the popular Accuweather app. Accuweather didn't immediately return a call seeking comment.

Jeremy DaRos, of Portland, Maine, says the push from Accuweather made him "jump," because he lives a stone's throw from the water. He said that after clicking on the push notification for details he realized it was just a test.