On Thursday, thousands of tiny crabs covered the sand at Dog Beach in Ocean Beach. There were so many red crabs on dog beach, pups and seagull stomachs were full. 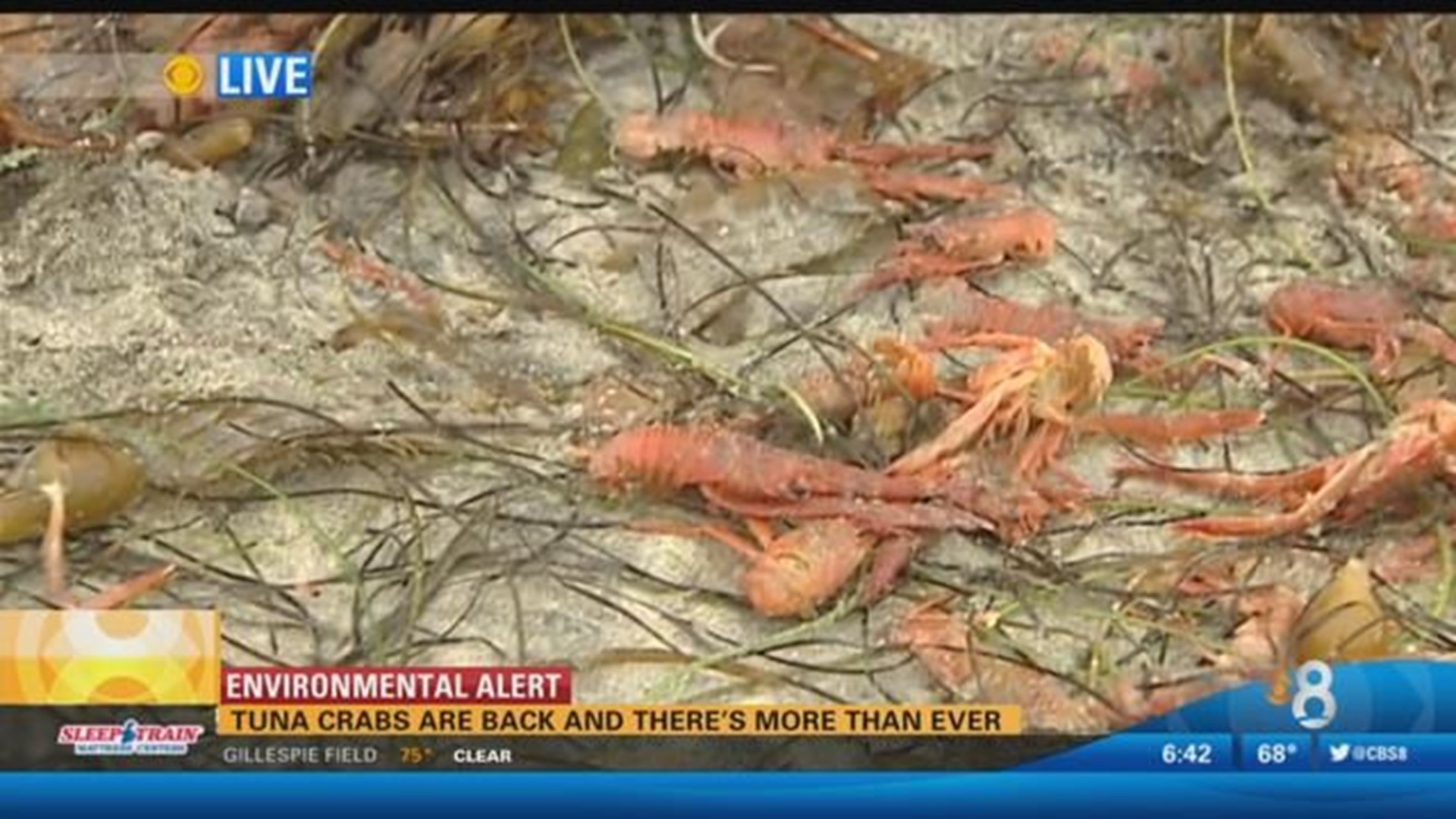 SAN DIEGO (CBS 8) - They're back! On Thursday, thousands of tiny crabs covered the sand at Dog Beach in Ocean Beach. There were so many red crabs on dog beach, pups and seagull stomachs were full.


Beachgoers were surprised of the rare sight but this isn't the first time they've landed on San Diego beaches. Last
May we reported thousands of red crabs had washed ashore
on Pacific Beach.


This time around, thousands of tuna crabs also known as red crabs have been washing up along Ocean Beach, and they are the size of a thumb.


"Today there were just thousands of them," said Chelsea Vaughan, an Ocean Beach resident.


"They often hang out around with tuna, and tuna love to eat them," said Charina Layman, Education Manager at
Birch Aquarium at Scripps
.


"My dog eats like 35 every time he's out here. I have to tell him to stop eating them cause they pinch him on the tongue," said Vaughan.


Beachgoers tiptoed around the crabs, curious about the sea creatures.


"Our ball went right there, and we are like, ahhh I don't want to grab it," said one child.


The red invasion does not happen often because the sea creatures live in the warm open waters down in Baja feeding off plankton.


"We see this occur every few years, and right now our water is a little warmer off our coast," said Layman.


Some believe it's El Nino that is bringing the red crabs to local beaches.


Birch Aquarium said since these are open water crabs, by the time they wash ashore they would not survive, even if thrown back in the water.


Some of the footage in this video story was shot using a GoPro camera.