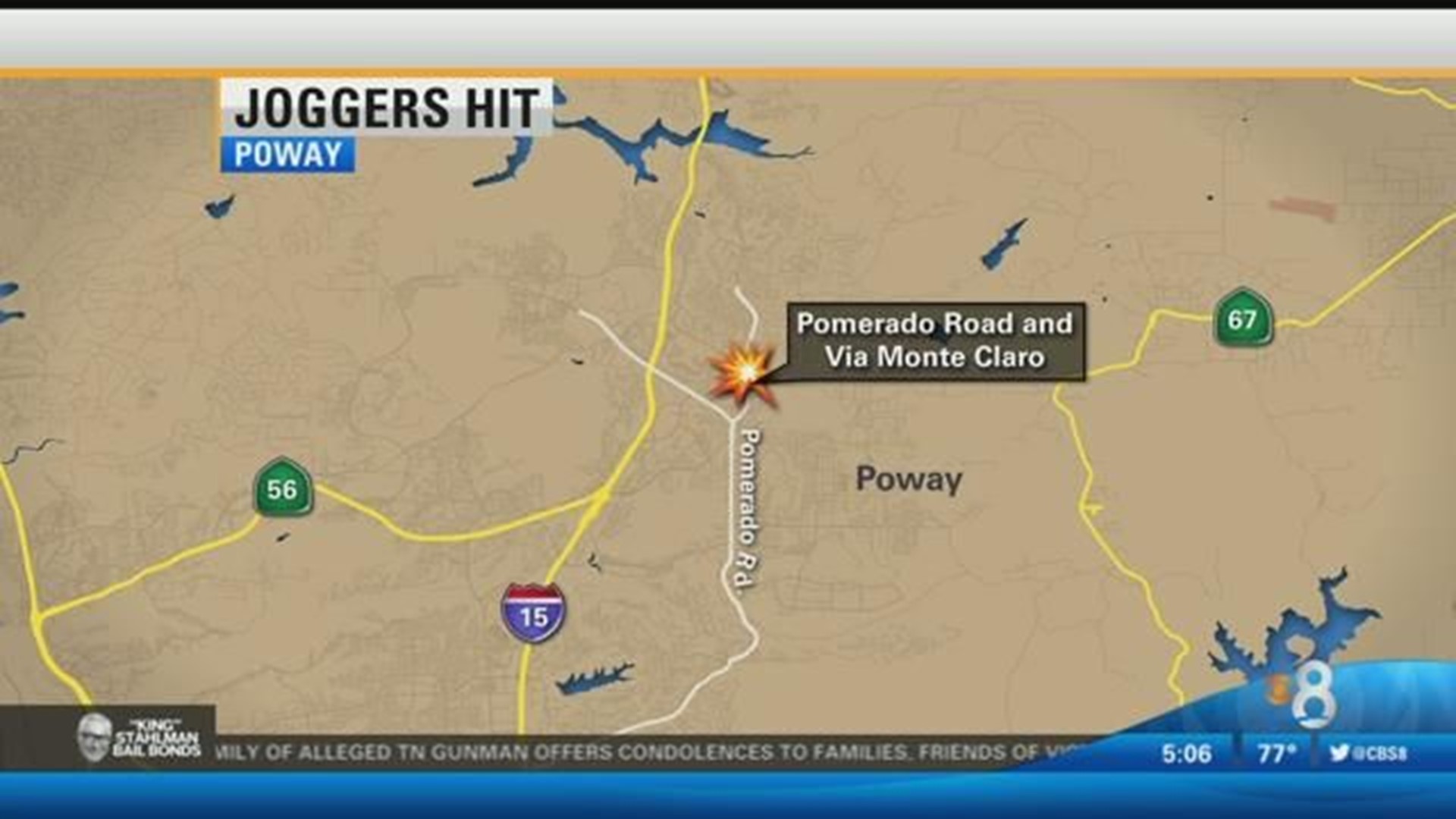 POWAY (CNS) - Two joggers suffered head injuries when they were hit by a car whose driver fell asleep at the wheel in Poway.

The San Diego County Sheriff's Department said the injured women were hit while running in the bike lane on Pomerado Road at Via Monte Claro, at
around 5:40 a.m.

The driver stayed at the scene and reported the crash, the department said.

Paramedics took the joggers to Palomar Hospital. Their medical conditions were not released.

The department said drugs or alcohol did not seem to be involved.