One person was killed and three other people were injured in a head-on crash at the western end of Interstate 8 Sunday morning in Ocean Beach. 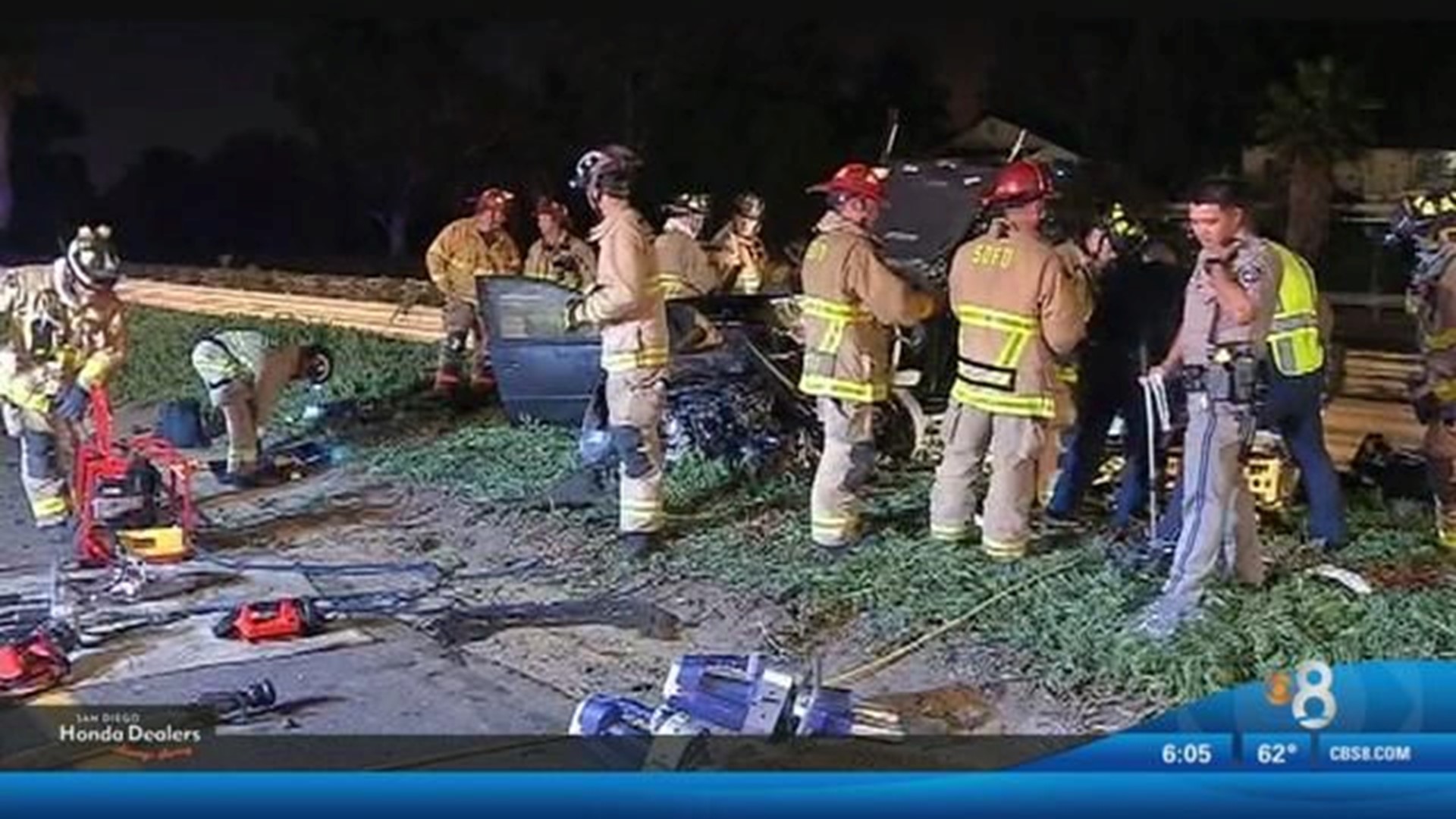 OCEAN BEACH (CNS) - Two people were killed and two others were injured in a head-on crash at the western end of Interstate 8 Sunday morning in Ocean Beach.

Two cars reportedly crashed head-on on the westbound freeway near Sunset Cliffs Boulevard at about 1 a.m., the California Highway Patrol said this morning.

One person died and three others suffered traumatic injuries as a result of the crash, San Diego Fire-Rescue said. The three victims were transported to UC San Diego Medical Center. One of the three victims later died at the hospital.

The crash is still under investigation, CHP said.

The crash was just east of the traffic signal where the freeway ends, where large "do not enter - wrong way" signs are intended to prevent turns from Sunset Cliffs Boulevard into oncoming freeway traffic.