Two women and a teenage girl were found dead Monday at a home near Rancho Santa Fe Golf Course in a possible double murder- suicide. 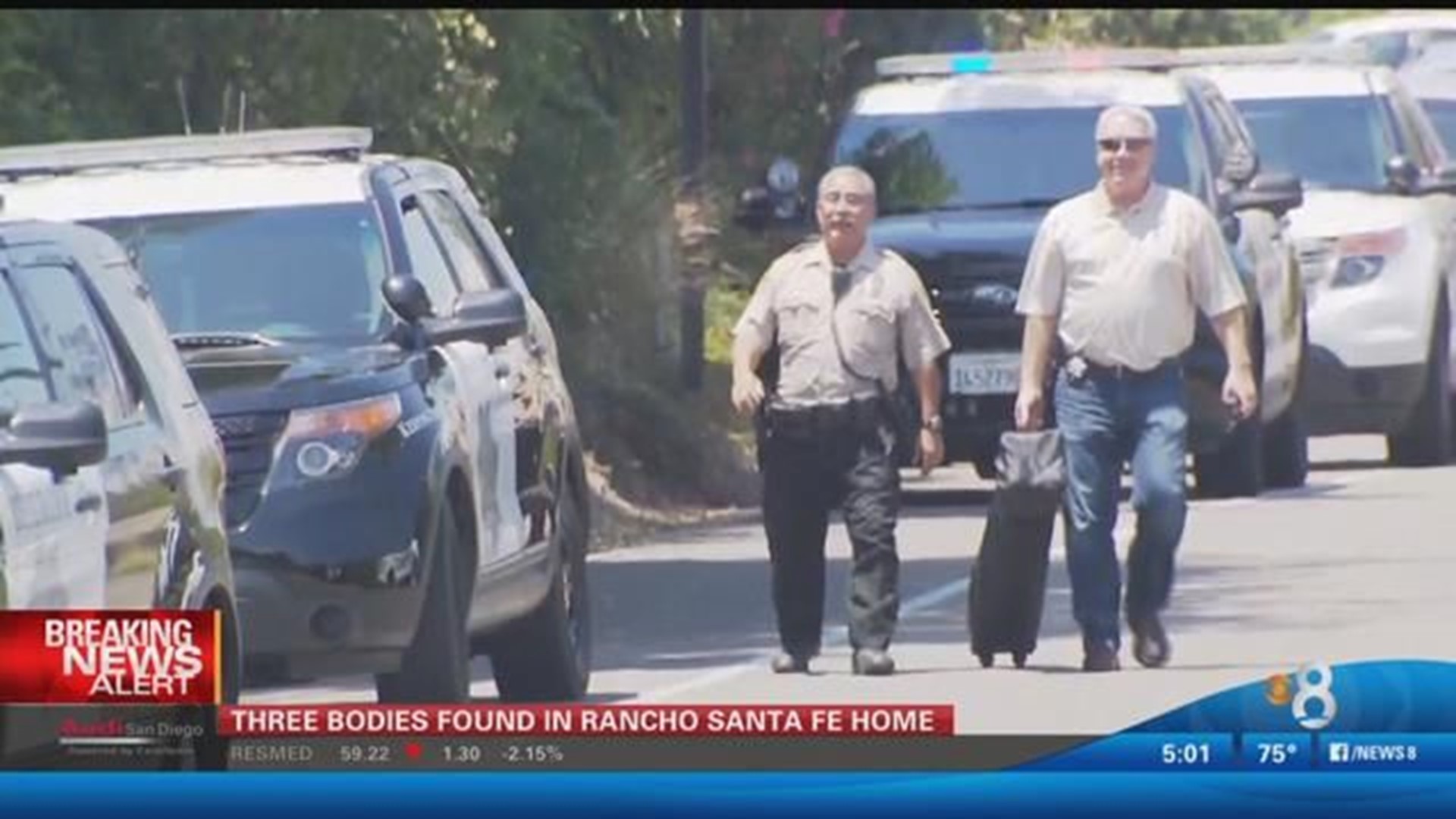 SAN DIEGO (CBS 8) -- The brother of a Los Angeles real estate agent confirmed to CBS News 8 his sister is one of the three victims who died inside a home near Rancho Santa Fe Golf Course in what may have been a double murder-suicide.

The brother said Mia Shin, 56, was a longtime friend of the homeowner Michael Arya.  Arya died earlier this year from lung cancer and his teenage daughter, Hannah Arya, has been identified in online posts as the second victim.  Friends of the teenager wrote condolences on the girl's Instagram account in recent days.  Her mother lives in Oregon.

One of the vehicles parked at the home, since the murders took place on Monday, is registered to Michael Arya's sister, though authorities have not identified her as the third victim.  The sister was identified by relatives as Sayeh Amini, 48.

A family friend who attended a funeral for the homeowner earlier this year, told CBS News 8 that a dispute over Michael Arya's will and burial had erupted between the daughter, Hannah Arya, and her aunt Sayeh Amini.  Detectives have not revealed a motive for the killings or a cause of death.

Autopsies are expected to be completed Wednesday.

Sheriff's deputies and evidence technicians took pictures and searched for a possible murder weapon before leaving the home located at 17108 Via de la Valle around 6 a.m. Tuesday.

A friend to one of the victims placed the 911 call, which led sheriff's deputies to the gruesome discovery.

"They were able to look through a kitchen window and they saw what appeared to be a female adult unresponsive inside the house," according to Lt. Kenneth Nelson, San Diego County Sheriff's Department.

They saw two adult women and a teenage girl dead, both found in different rooms. He said they suffered obvious trauma.

Homeowner Michael Arya had a Russian girlfriend and care giver during his death from lung cancer. CBS News 8 has confirmed the girlfriend was not one of the victims and she has returned to Russia.

Others say the house was recently sold and underwent renovations.

"After some of the major repairs I do think that somebody lived there," one neighbor said.

"Based on the initial evidence, detectives do not believe there are any outstanding suspects in this case,'' said Lt. Nelson.