Doctors at UC San Diego student health centers plan to go on strike April 11 and stay off work until April 15 as part of a labor action by physicians at all 10 University of California campuses, t... 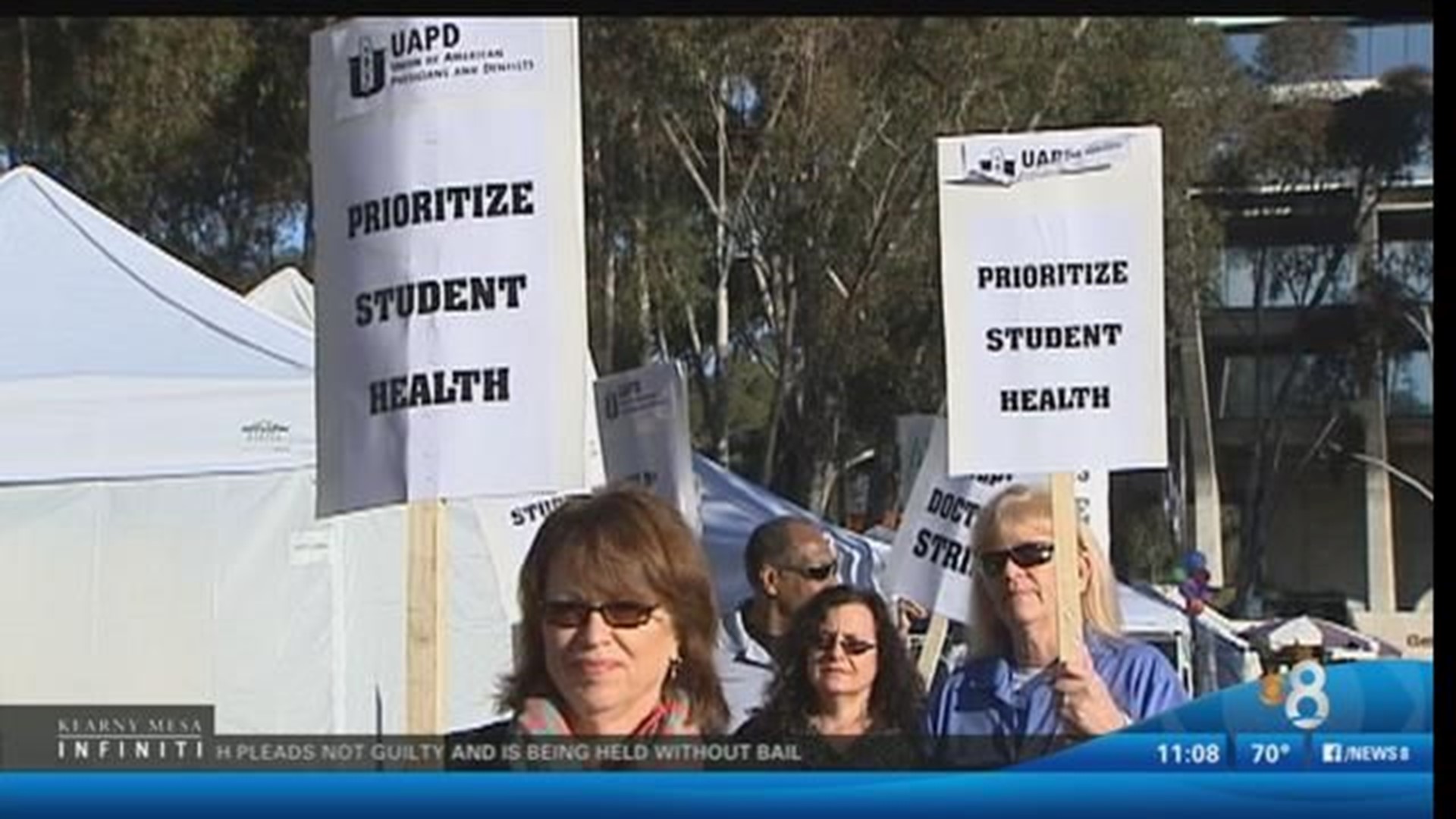 SAN DIEGO (CNS) - Doctors at UC San Diego student health centers plan to go on strike April 11 and stay off work until April 15 as part of a labor action by physicians at all 10 University of California campuses, the union representing the doctors announced on Friday.

The labor action is set to begin next Thursday at the UC campuses in Northern California, and continue until April 13.

A UC representative emphasized that the planned strike involves doctors at student health centers at UC campuses, and not physicians at UC medical centers.

The doctors are negotiating the first contract with UC since they unionized in 2013. They staged a one-day work stoppage -- the first strike involving doctors in the United States in 25 years -- on Jan. 27.

"We are disappointed that the union has chosen to stage strikes for the second time in three months instead of negotiating to resolve the remaining issues," said Dwaine B. Duckett, UC's vice president for human resources.

"UC is taking appropriate steps to ensure our students will have uninterrupted access to the medical services they need at our campus health centers during these strikes," he said in a prepared statement. "We urge our employees to come to work during the strikes and continue serving the students who rely on them for care. Strikes that negatively impact our students will not resolve a labor dispute."

According to the union, the one-day labor action in January "was not enough to convince UC to bargain in good faith." The most critical issue in the negotiations is UC's failure to provide financial information, which the union needs to bargain fairly on behalf of the doctors, union officials said.

"For more than a year, UC said it could not afford to make the changes needed to attract and retain student health center doctors," UAPD president Dr. Stuart A. Bussey said. " Recently they admitted they can afford to improve health care on campus, they just choose not to.

"We continue to push hard for this financial information because we believe UC has enough resources to improve student health care," Bussey said.

"They can make student health a priority."

The union said it has filed "multiple" unfair-labor-practice complaints against UC with the Public Employment Relations Board since contract negotiations began more than a year ago.

Duckett responded, "We disagree with the union's claims that these strikes are about unfair labor practice charges. The union has refused to discuss these alleged practices at the bargaining table."

According to Duckett, UC and the union "have made progress at the bargaining table and reached tentative agreements on most non-economic issues."

He continued: "We urge union leaders to be reasonable and focus their energy on reaching a fair agreement."