UC San Diego to use neutral terms: Latinx and Chicanx

UC San Diego announced it has selected Latinx and Chicanx as gender neutral terms to refer to Latinos and Chicanos. 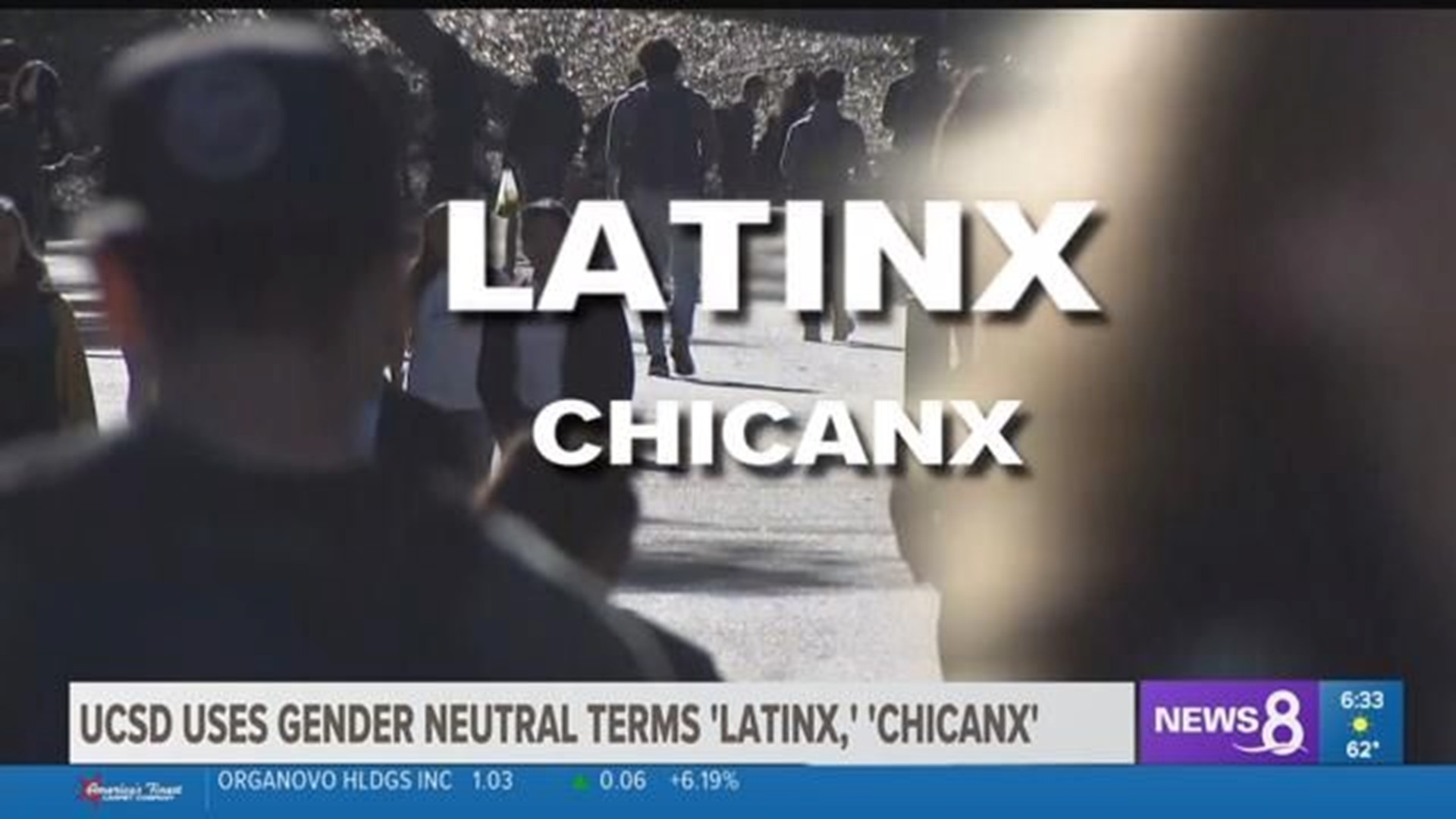 SAN DIEGO (NEWS 8) – UC San Diego announced it has selected Latinx and Chicanx as gender neutral terms to refer to Latinos and Chicanos.

In doing so, the university will join a handful of schools in San Diego and across the country in using the gender neutral terms. Students at UC San Diego on Monday told News 8 they believe Latinx/ Chicanx are a positive step.

The terms “are including everyone. That is something they should be proud of. This is an evolution. It's something that's positive. It's a way for us to be more inclusive, more knowledgeable about our scholars identities,” said Dr. Gerardo Arellano with the Raza Resource Center.

The terms Latina and Latino refers for individuals from Latin America while the terms Chicana and Chicano refers to individuals of Mexican-American descent.

The term Latinx was reportedly first used online in 2004, and gained popularity on social media. Now, schools across the country, including New York University and Princeton University also use the terms

In San Diego, besides UC San Diego, Grossmont and Miracosta College also use Latinx and Chicanx.

Critics of the terms said they are disrespectful to the Spanish language; however, student Yosira Hernandez said “I could say the same thing about Hispanic – it was invented. The world is evolving every day.”

UC San Diego said the Latinx population is one of the fastest growing demographics in California.