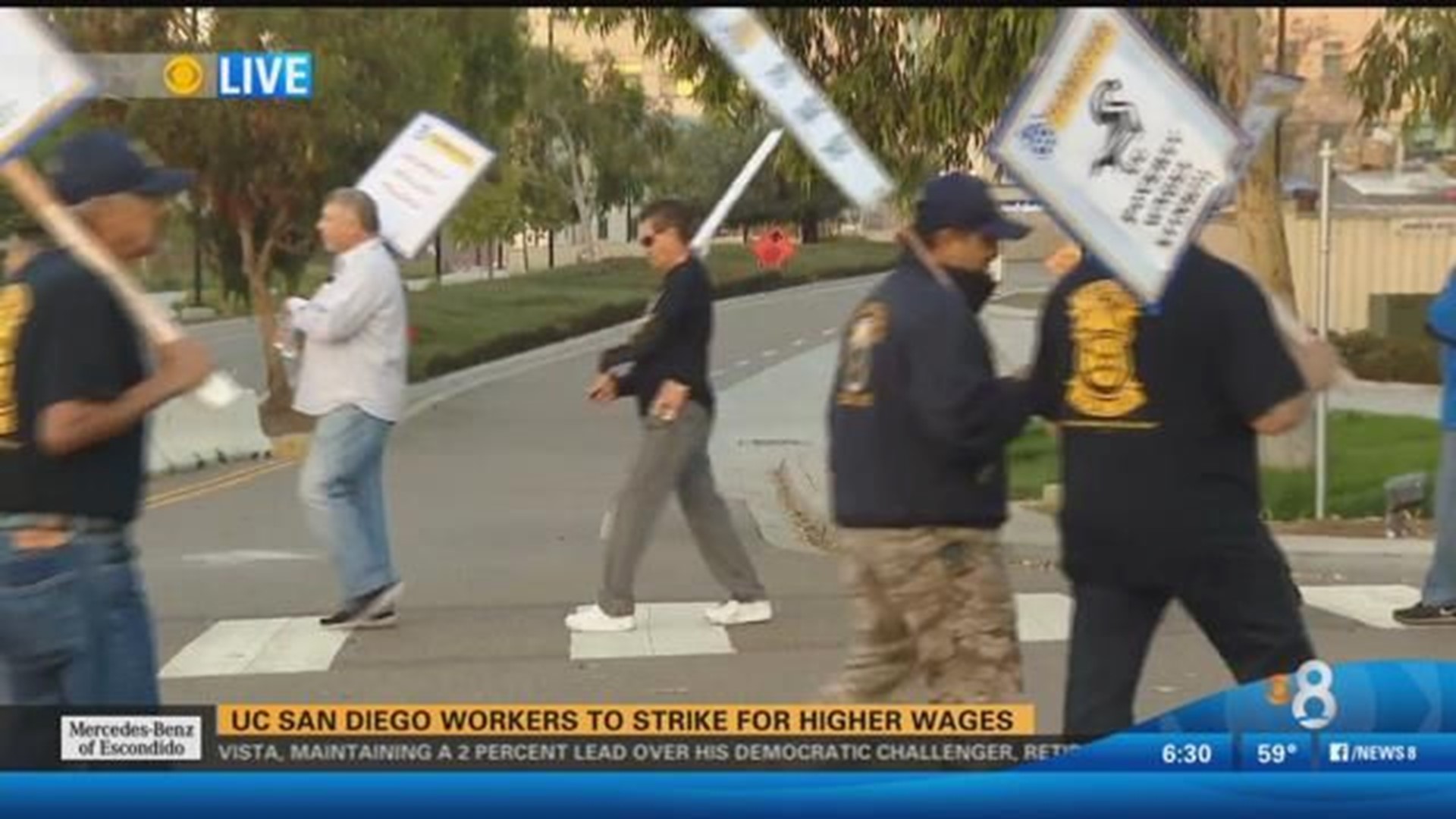 UCSD skilled trades workers represented by Teamsters Local 2010, such as campus and hospital electricians, mechanics and facilities workers, began the 24-hour strike one day after several hundred of their counterparts at UCLA took similar actions.

Groups of striking employees picketed at three locations on campus and, according to NBC San Diego, blocked deliveries and access to construction sites. They said they are paid well below the prevailing wage and want a 25 percent pay hike over four years.

"The university has refused to bargain over raises for the past two years, even though they admit they have money in the budget for the raises, so they're not bargaining in good faith, they're not being fair to the workers who make this place run," Jason Rabinowitz, secretary-general of the union local, told the station.

According to a statement from UCSD, the university has held 20 bargaining sessions with the union and reached tentative agreements on 30 provisions, or about two-thirds of a contract.

"Teamsters and UC San Diego have been negotiating a new employment contract for skilled trades workers, which includes electricians, plumbers, carpenters, and mechanics, among others, since March 2016," the statement said. "The skilled trades workers have not had a salary increase since 2014 because the union that previously represented them unexpectedly discontinued its role during bargaining, leaving them without a contract."

The statement said a UCSD market analysis showed that skilled trades workers "are already compensated at a level above market in their category among peer institutions."