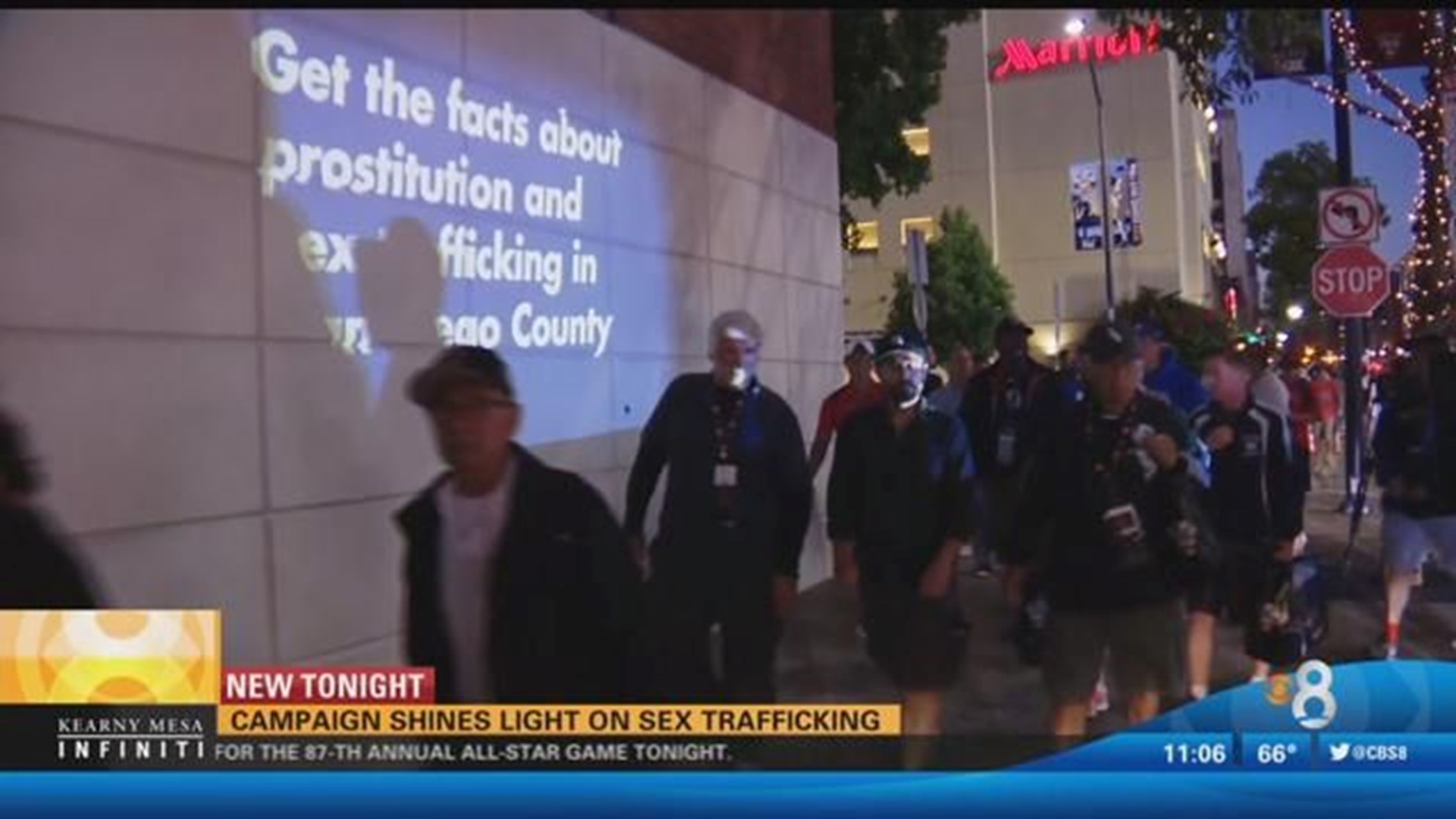 The district attorney shed the spotlight on The Ugly Truth campaign about sex trafficking during the All-Star game because pimps are known to capitalize on the sex trade during major sporting events.

Through "Projection Men" the San Diego District Attorney and Health and Human Services lit up their three month campaign called The Ugly Truth to raise awareness that the FBI ranks San Diego as the 13th largest city for child prostitution.

As fans shuffled out of Petco Park Tuesday night from the MLB All-Star Game thousands were exposed to the ugly truths about sex trafficking.

Fox example, the average age of a child sex slave is 16-years-old.

The messages projected on Petco Park and sidewalks received a lot of attention, and many did not know what to make of it.

"It's intriguing people to wonder what is going on. People take notice and are interested in the message," said Trey Schambach with National Media Services.

The Ugly Truth was launched last month and is a three-month campaign paid by a $120,000 grant.

Visit the Ugly Truth Website to learn more about the campaign.