A homeowner opened fire on an intruder during a break-in early Monday at his University City-area home, but the suspect escaped unharmed. 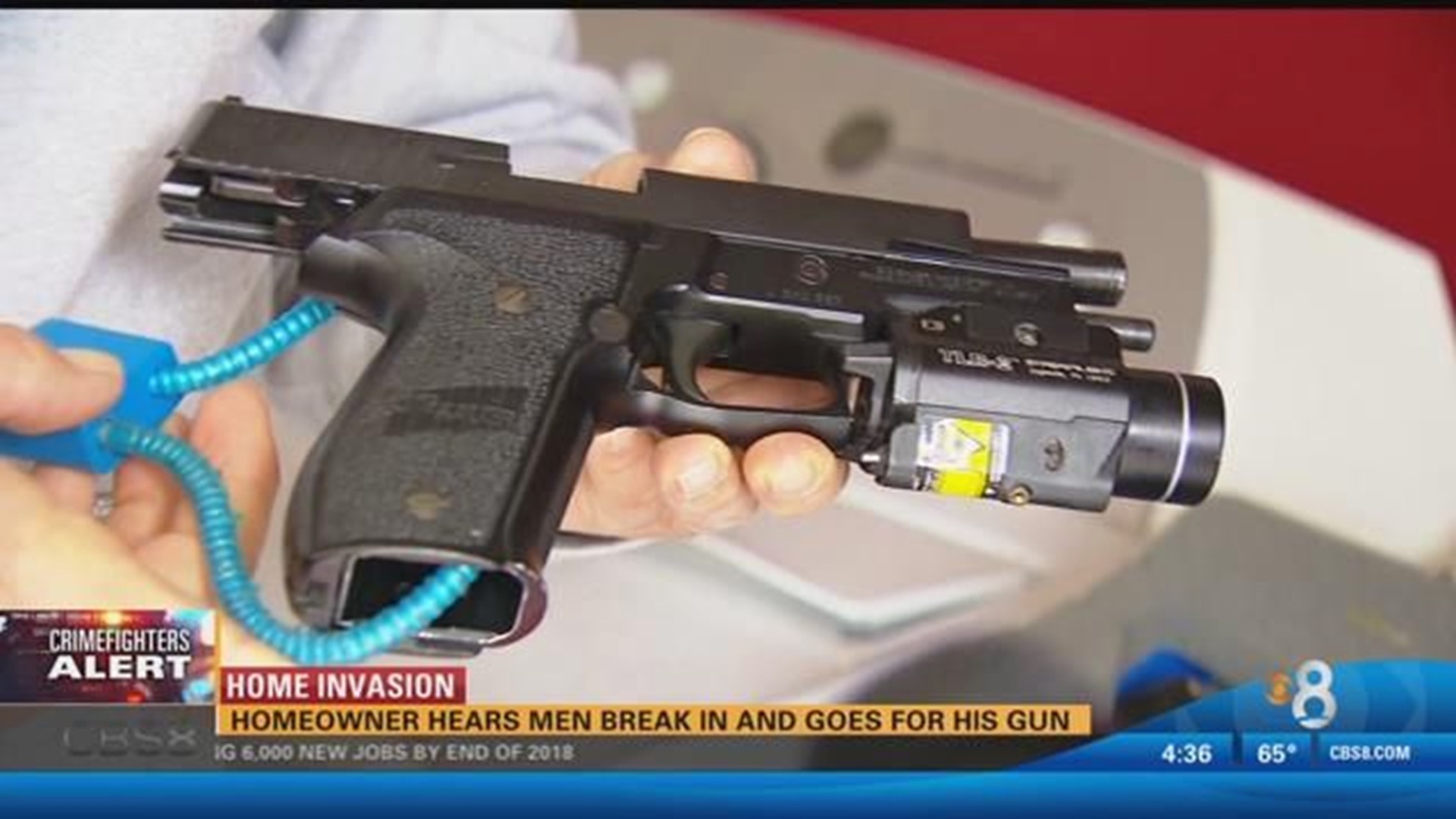 SAN DIEGO (CBS 8/CNS) - A homeowner opened fire on an intruder during a break-in early Monday at his University City-area home, but the suspect escaped unharmed.

The homeowner Kurt said his emotions are on edge after two possible men snuck through his garage and home before sunrise. He said he fired shots in self defense and only spoke to CBS News 8 about this ordeal.

Kurt awoke shortly before 4 a.m. to his dog barking, then spotted a suspect in his hallway. The burglar had likely entered the home through an attached garage, San Diego police Officer Billy Hernandez said.

"At 3:45 I heard noises and rumbling downstairs and I sat up in bed," said Kurt. "There was a flash of light so I knew there was someone in the home."

He grabbed his gun and fired a couple shots, but apparently missed the suspect, Hernandez said.

"As I was coming down the staircase I have the laser on. There seemed to be more rumbling and someone was in the foyer and living room and that's when I fired."

Kurt said he shot three rounds as two suspects ran away from the 4400 block of Via Pasear. Bullets shattered his front window.

"I was really afraid I was like 'what's someone doing in my house with a flash light?'" Kurt said.

He told investigators a nail gun had been taken during the break-in.

Possibly a crime of opportunity with his Mercedes in plain view. Kurt said he left his garage open by accident.

"Will they come back again? Probably not," Kurt said.

Neighbors stopped by to lend support.

"You just feel so safe here you sometimes might forget to lock your door or leave the garage door open" said neighbor Susanne Ball. "I did the same thing last week."

"I'm surprised a little bit shocked that in this neighborhood we'd see this here," said another neighbor Richard Nathanson.

Kurt is a financial adviser and sits on the condo board. He said they will be much more vigilant.

Police have not made any arrests. A description of the suspect was not immediately available.