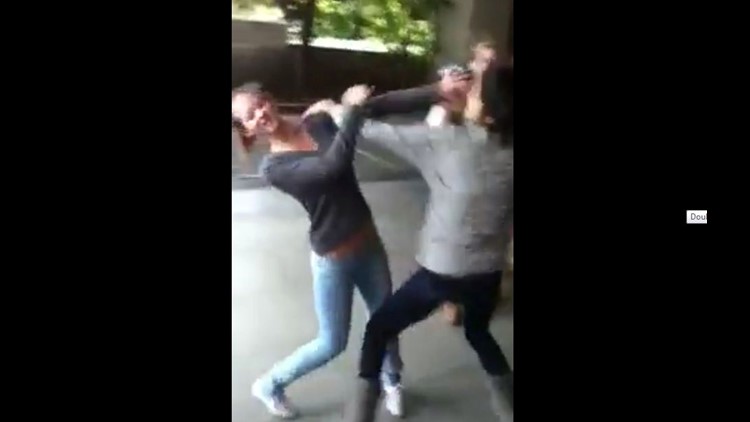 Carrie McGonigle and Team Amber Rescue are asking for the public's help to find a Carlsbad teenager who vanished after taking part in a brutal fight at school that was captured on cell phone video.
Author:
Published: 6:34 PM PST January 16, 2013
Updated: 9:32 AM PST January 18, 2013

CARLSBAD (CBS 8) – Baileigh Karam was found Friday around 10:00 a.m. She is healthy and has been reunited with her family.

This is the latest update. The original story is below.

CARLSBAD (CBS 8) -- Carrie McGonigle and Team Amber Rescue are asking for the public's help to find a Carlsbad teenager who vanished after taking part in a brutal fight that was captured on cell phone video.

Fourteen-year-old Baileigh Karam hasn't been seen or heard from by her mother, Karen, since January 11, the day of the fight.

Karam says her daughter exchanged several text messages saying she wanted to be left alone by her mother and by Carlsbad Police, whose juvenile detectives are investigating the fight.

Karam says the school was notified about the alleged threats and had previously discussed the situation with the teenagers.

On Friday, the two girls got into a fist fight. A group of students can be seen surrounding the girls, recording the brawl on cell phone cameras, but nobody steps in to help or stop the punches.

"The other girl just punched her over and over and over, while my daughter was saying ‘stop, stop.' And the crowd was egging it on," said Karam.

Karam says some of the students posted videos of the fight on Facebook, where other teenagers made comments, many of them negative.

Team Amber Rescue is helping to get Baileigh's picture out in the public. Karam says her daughter may be traveling with another teen girlfriend.

On Wednesday night, the mother made a public plea to her daughter to come home safely.

"I hope my daughter knows that we just want her back home, under any circumstance, always come back home. You are so missed, so, so, so loved. We are all falling apart without her."

Anyone with information is asked to contact the Carlsbad Police Department.