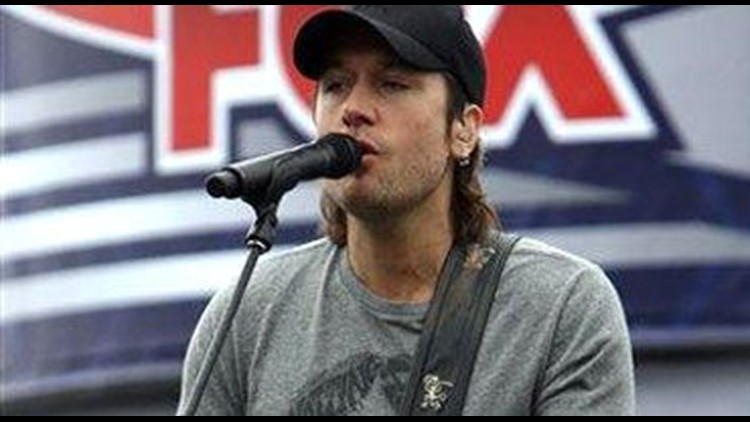 "First time playing a press room," he quipped before launching into "Sister Golden Hair" by America.

It was the first press room concert performed by any of the musical acts that Daytona International Speedway officials have brought before the media. Urban said he wasn't trying to one-up previous music guests Big & Rich, Bon Jovi or Brooks & Dunn, but played because "I just wanted to get in my comfort zone."

Urban took brief questions and laughed awkwardly when asked what his favorite racing movie is.

"Uhhhhh ... 'Cars'?" he stammered, choosing the animated movie over the more obvious "Days of Thunder" that featured his wife Nicole Kidman with her ex-husband, Tom Cruise.

He also joked that he's never driven over 65 mph in his personal car, before coming clean.

Urban is scheduled to perform three songs from his new album "Sweet Thing," which is set for release next month. He performed the title track for reporters to end the 10-minute session.

Urban also said he and Kidman were glad to offer their support to victims of the wildfires in their native Australia. The couple recently donated more than $300,000 to a relief fund.