US citizen from San Diego reportedly detained in Iran

The U.S. State Department said Thursday that it is looking into reports another American has been detained in Iran. 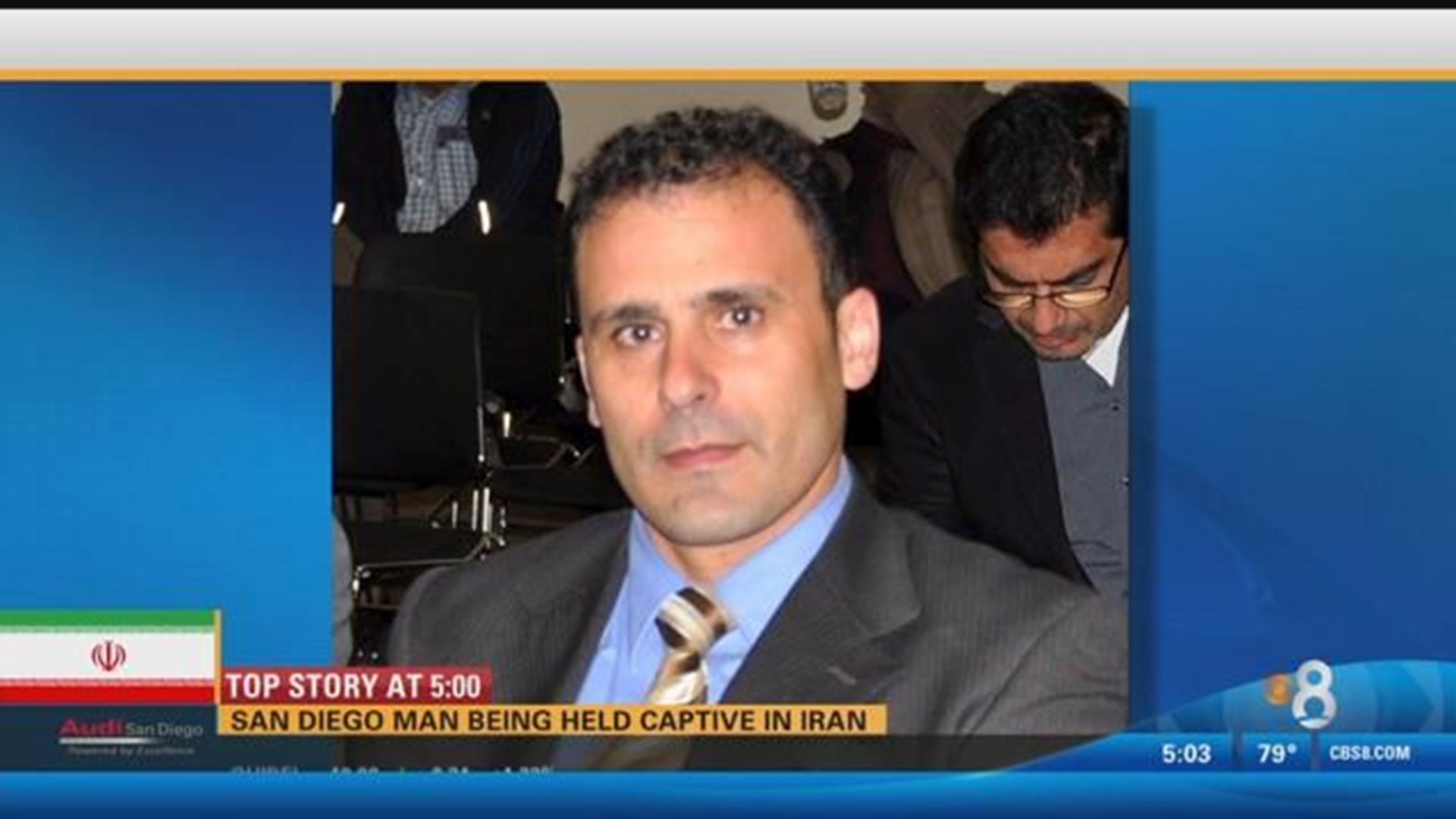 SAN DIEGO (AP) — The U.S. State Department said Thursday that it is looking into reports another American has been detained in Iran.

State Department spokesman John Kirby would not comment further Thursday on the detention of Robin Shahini. The girlfriend of the San Diego man said Shahini's sister told her Iranian authorities took him into custody July 11 while he was visiting family in his native Iran and he has not been heard from since.

The girlfriend asked not to be identified because she has family in Iran and fears for their safety. She said she worries Shahini was detained because of his online comments criticizing Iran's human rights record.

At a news conference Thursday, Secretary of State John Kerry declined to comment on the detention. The Revolutionary Guard, a paramilitary force charged with protecting the Islamic Republic, increasingly has targeted those with Western ties since the nuclear deal in which Iran agreed to limit its uranium enrichment in exchange for the lifting of sanctions.

A prisoner swap in January between Iran and the U.S. freed Washington Post correspondent Jason Rezaian and three other Iranian-Americans.

Shahini, 46, graduated in May from San Diego State University with a degree in International Security and Conflict Resolution. He had been accepted to SDSU's graduate program in Homeland Security, but he has not registered for classes yet, according to university officials.

His girlfriend said he left for Iran on May 25 to see his mother who was diagnosed with Alzheimer's. The girlfriend said she communicated with Shahini on July 10 and was expecting to hear back the next day to help him get his paperwork into the university. She grew concerned after not hearing from him.

She eventually reached his family who told him Iranian intelligence officials came to their home in Gordon, Iran, and took him away. Authorities searched the home and took his personal belongings, she said. The family has not talked or seen him since. He had a plane ticket to return to San Diego on July 25 and had planned to start classes on Aug. 22, the girlfriend said.

"He's majoring in international security, so his passion involves peace and justice, human rights," the girlfriend said. "He's open about being a human rights advocate. But it's not only limited to Iran, he's also posted about other countries too."

His close friend, Denera Radoonanan in New York, said he was not politically active in Iran. "I really don't' know what could have caused this," she said.

The day Shahini's family says he was detained on July 11, Iran announced the indictments of a Lebanese man and three dual nationals. The four were arrested in connection with separate cases over the past year. Family members and representatives of the four say they did nothing wrong. All four have ties to Britain, Canada and the United States. The charges they face remain unclear.

It's not known if Shahini is among the seven.

SAN DIEGO (CBS 8) - Friends of a San Diego man expressed their concerns Wednesday because they believe he was taken captive in Iran.

Robin Shahini of San Diego was visiting family in Iran on July 11th when friends say he was detained by Iranian authorities.

Shahini graduated from San Diego State University in May. He returned to Iran to visit his sick mother and is now behind bars, held in a secret location by Iranian authorities.

Shahini's girlfriend spoke with CBS News 8 under the condition that her identity not be revealed.

"They searched the house, took his personal stuff. They showed him the paper they had - state-crime against the state," she said.

Shahini lived in San Diego for 16-years. He supported a controversial political movement in Iran several years ago. The president in power at the time has long been gone.

Shahini figured his political past would not be a problem.

For a month-and-a-half, Shahini did not encounter any signs of problems until July 11th - when authorities suddenly arrested him.

"They don't need evidence to arrest American-Iranians. They simply suspect them of being American spies or dissidents, and if there's the slightest negative piece of information about them they'll arrest them," said terrorism expert, Robert Baer.

Iranian authorities told Shahini's family he would be released if they didn't report his arrest to anyone but after more than a week with no word from Shahini his family and friends went public.

Shahini was scheduled to return to San Diego July 25th. He was planning on starting graduate school at San Diego State University this fall.