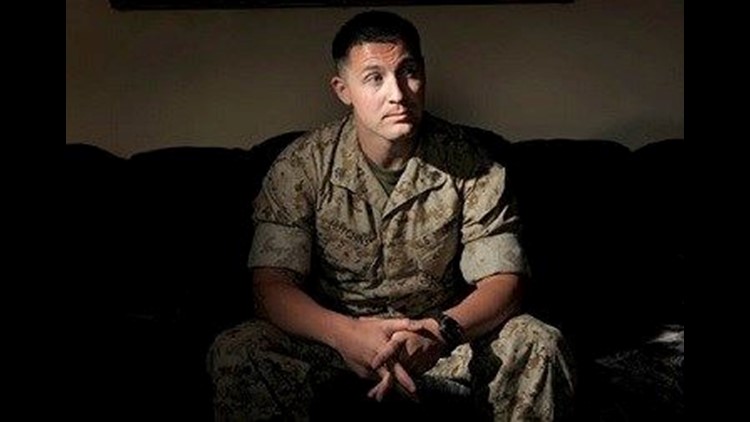 Sgt. Lawrence Hutchins III of Plymouth, Massachusetts, was also convicted of conspiracy and larceny, but acquitted of preparing a false report about the killing, it was reported from Camp Pendleton.

The six-Marine jury is scheduled to return to court Thursday to consider a sentence. Hutchins faces more than four years behind bars, The Times reported.

Hutchins had been convicted of unpremeditated murder in 2007 and sentenced to 15 years behind bars but that was later reduced to an 11-year sentence.

Hutchins' conviction was overturned in 2010 because his lawyer was allowed to retire on the eve of trial and again two years ago because his initial confession was deemed to have been illegally obtained.

Authorities said Hutchins -- then a squad leader of a unit conducting counter-insurgency operations -- took part in a plan to kidnap and kill suspected insurgent Saleh Gowad near Hamdania but grabbed disabled 52-year-old war veteran Hashim Awad instead when Gowad's family foiled the plan.

Seven other Marines and a Navy corpsman were also charged in the case, and none received sentences longer than 16 months.