SAN DIEGO (CBS 8) - From drones to robots, there was no shortage of cool inventions at the Fairmont Grand Del Mar Hotel Thursday.Inventors from around the globe were there to showcase their stuff a... 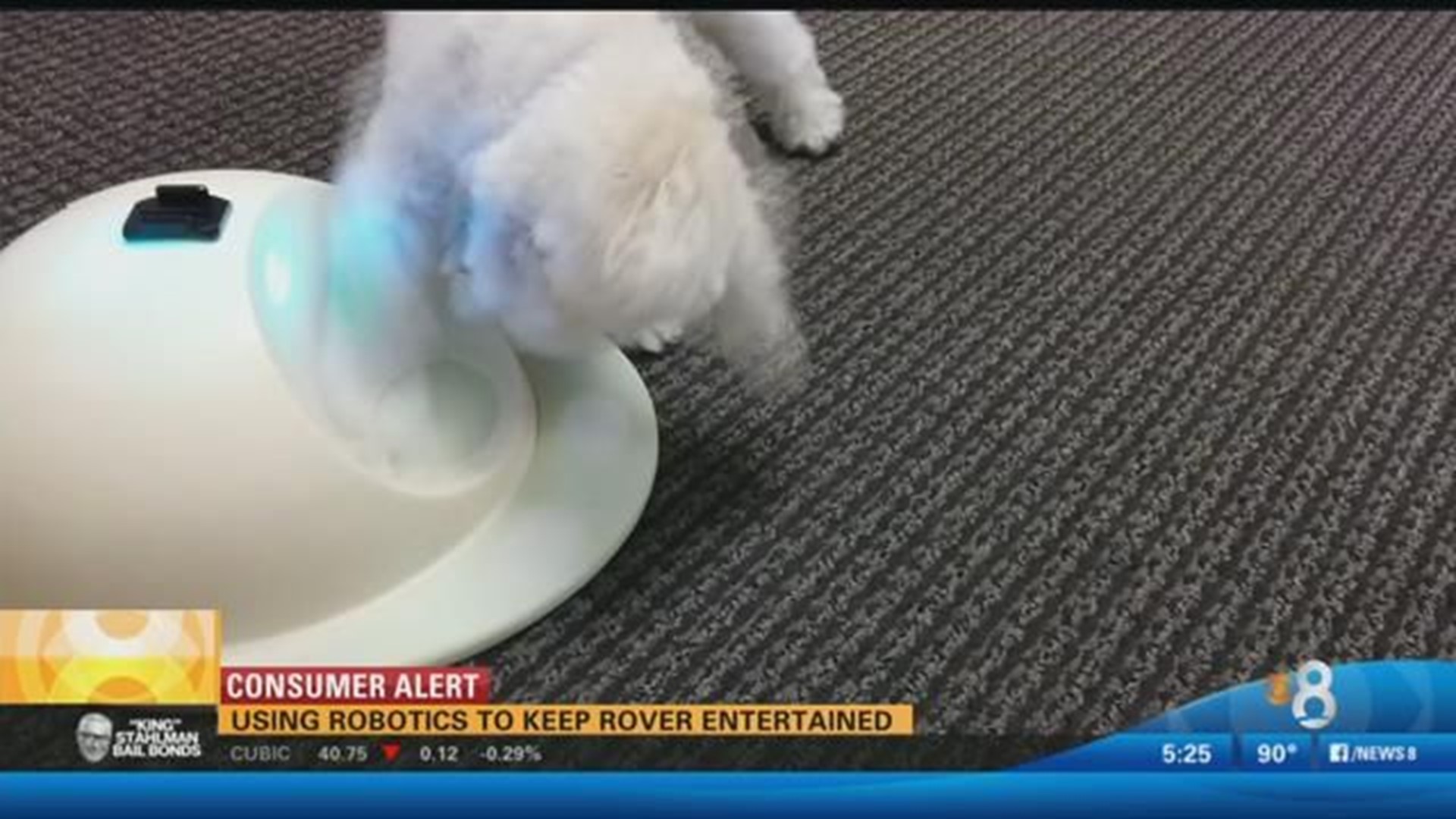 SAN DIEGO (CBS 8) - From drones to robots, there was no shortage of cool inventions at the Fairmont Grand Del Mar Hotel Thursday.

Inventors from around the globe were there to showcase their stuff at a first of its kind robotic conference hosted by Qualcomm.

One team at the conference is a local group that was showcasing a piece of technology designed to help pet owners. When it comes to your cat or dog, a lot of pet owners worry about their nutrition and how they're passing the time when their not home.

That's where Clever Pet comes in.

"We present little puzzles to your dog over the day that get harder or easier depending on how well your dog is doing,” says Leo Trottier, Clever Pet's founder and CEO.

In the company's promo video, the UC San Diego graduate and his team say they have been working on the product for a year and a half.

Unlike apps and cameras, Trottier says Clever Pet engages your furry friend. As long as Clever Pet is plugged in, your pet can walk up to it, start playing puzzles and win snacks to eat after completing each puzzle combination.

Chief Dog Trainer Graham Bloem says that the device works when your dog presses a colored button, making a small portion of food pop out.

"Once three buttons have been conquered, your dog, like in a video game, is going to change levels or level up,” says Bloem.

The product is designed to be animal proof with round edges, safety for the food latch and claw resistant buttons.

The inventors say they've already tested the product in several people's homes and they have a thousand customers so far, solely through crowd funding.

In addition, there's an app that allows people to check in on their pet's progress throughout the day and you can record your voice to give your pet an extra incentive.

Trottier says the pet market is growing nearly every day and Clever Pet is bound to be a part of that trend.

"We call this the Clever Pet hub because we see this as the centerpieces of an ecosystem that will transform your dog's time alone at home,” says Trottier.