The frigate USS Curts returned to San Diego Tuesday from its last deployment before being decommissioned. 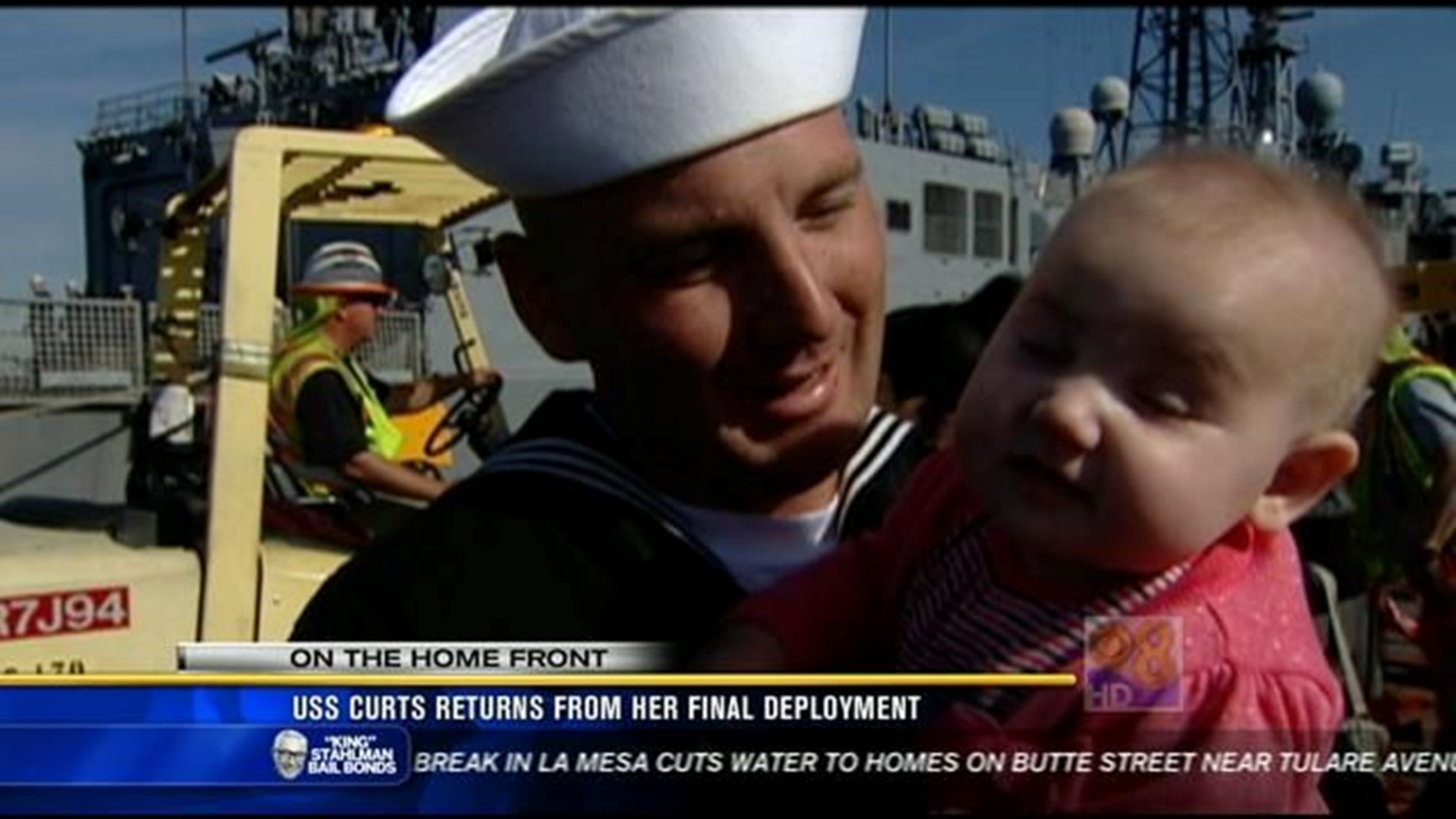 SAN DIEGO (CNS) - The frigate USS Curts returned to San Diego Tuesday from its last deployment before being decommissioned.

The 30-year-old Curts and its crew of 252 worked to disrupt organized crime in areas under the U.S. Southern Command's watch, which covers the Caribbean and southern Atlantic and Pacific oceans, according to the U.S. Navy.

Sailors arrested three suspected drug traffickers in Operation Martillo -- Spanish for hammer -- and kept 2,200 pounds of illegal narcotics with an estimated street value of $25 million from entering the United States, according to the Navy.

"It has been a great honor to participate in Operation Martillo, which is important to not only regional security and stability, but to the safety and security of our own local communities," said Cmdr. Fermin Espinoza, the ship's commanding officer.

"The last crew of '38 Special' stepped up to the plate in all assigned missions with tenacity and confidence and hit a home run," Espinoza said. The 453-foot vessel, which left San Diego on its final operational voyage on June 1 and is scheduled to be decommissioned Jan. 25, is designated FFG 38, hence the '38 Special' nickname.

The Oliver Hazard Perry-class guided-missile frigate, which was built in San Pedro, is named after Adm. Maurice E. Curts, who became a hero when U.S. forces returned to the Philippines in World War II. He was awarded the Navy Cross for his actions during the amphibious landings on Leyte and during the Battle for Leyte Gulf from Oct. 17-29, 1944.

At the time, Curts was captain of the light cruiser USS Columbia. According to his Navy Cross citation, he maneuvered his ship through enemy-infested waters, defending U.S. forces against air attacks and assisting in the sinking of at least one Japanese battleship, a cruiser and six destroyers.

The Michigan-born Curts, who rose to become commander of the Pacific Fleet before he retired from the Navy in 1960, died in 1976 at the age of 77 and is buried alongside his first wife at Arlington National Cemetery.