Thousands of yellow ribbons are covering the USS Midway Museum to honor Vietnam veterans who made the ultimate sacrifice. 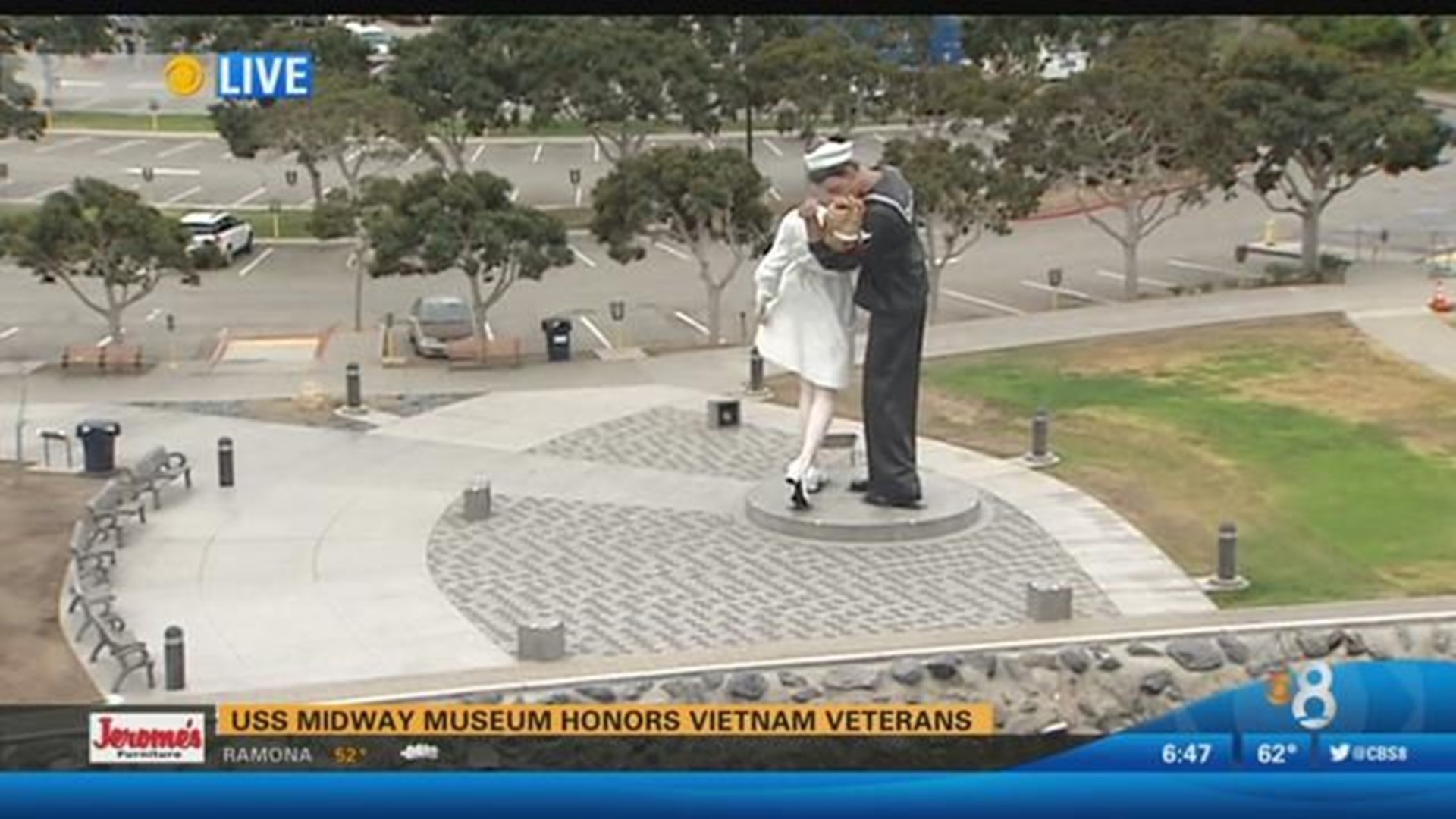 SAN DIEGO (CBS 8) - A half-size replica of the Vietnam Memorial Wall in Washington, D.C., arrived in San Diego Friday, where it is being assembled and will go on display at the USS Midway Aircraft Carrier Museum.

The Wall That Heals -- which contains the names of 58,286 Americans who died in the conflict -- arrived two days before the 40th anniversary of the fall of Saigon.

A smaller display provides context to the wall, including photographs of some of the servicemen who never came home.

About 5,000 people are expected at the museum Sunday for ceremonies marking the end of the war in 1975, including Vietnamese refugees and former Midway crew members, according to museum spokesman Scott McGaugh:

"More than 3,000 Vietnamese refugees were rescued by the USS Midway in about two days."

Larry Chambers, the captain of the USS Midway during the chaotic last few days, and Vern Jumper, the vessel's air boss, are among those scheduled to make remarks at the event.

The Wall That Heals came to San Diego by truck, escorted by veterans on motorcycles. It's scheduled to open to the public at 10 a.m. Saturday and will remain open 24 hours a day until Thursday at 5 p.m. Access to the museum's flight deck will be free during that time.

On Monday at 11 a.m., the names of San Diego County residents killed in Vietnam and post-9/11 conflicts will be read, according to the Vietnam Veterans Memorial Fund.

Volunteers have tied close to 58,300 yellow ribbons on a fence surrounding the Midway's flight deck to signify U.S. deaths in the conflict.