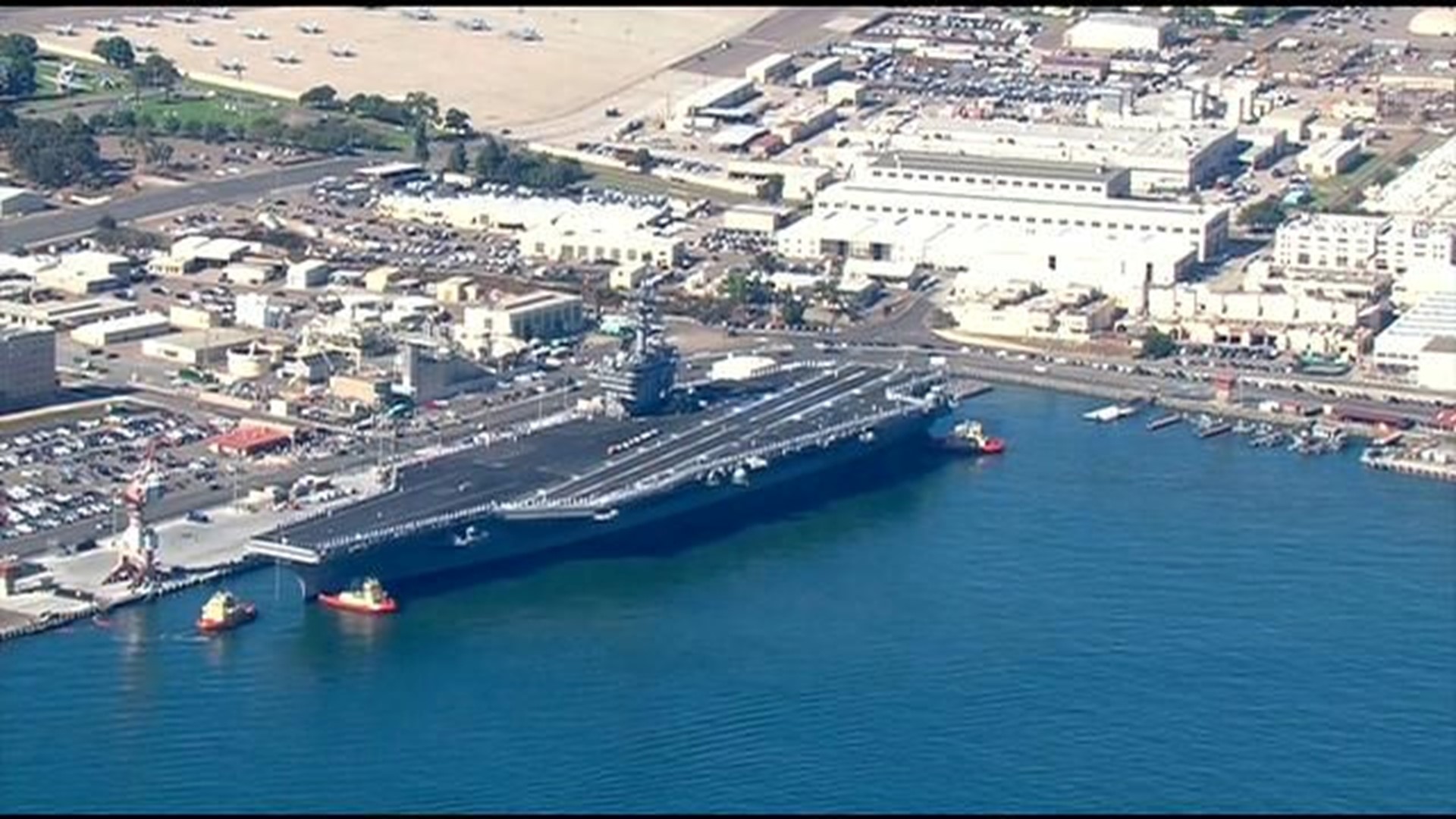 Another vessel, the cruiser Bunker Hill, had its departure postponed at least for one day.

According to a Navy public affairs officer:

"Due to a maintenance issue, USS Bunker Hill did not get underway today [Friday]. We don't expect the repairs to take long and the ship should join the Theodore Roosevelt Carrier Strike Group shortly."

The vessels will be joined by the destroyers USS Halsey and USS Preble, which are based in Hawaii, and the destroyer USS Sampson, whose home port is in Washington state.

Altogether, Carrier Strike Group 9 will embark 7,500 sailors, Marines and airmen, according to the Navy.

"The U.S. Navy carrier strike group is the most versatile, capable force at sea," said Rear Adm. Steve Koehler, CSG 9 commander. "After nearly a year of training and integration exercises, the entire team is ready as a warfighting force and ready to carry out the nation's tasking."

Squadrons from Carrier Air Wing 17 -- from bases around California, South Carolina and Washington -- will fly from the "Big Stick."

The Roosevelt, named after the nation's 26th president, will leave for its first deployment since San Diego became its home port two years ago.

"It is a privilege and joy to lead this magnificent crew out on deployment," said Capt. Carlos Sardiello, the Roosevelt's commanding officer. "We are grateful for the steadfast assistance provided by those responsible for manning, training and equipping this ship and air wing team, as well as the support and sacrifice of our families and friends in San Diego and beyond."

The Bunker Hill, named for the site near Boston of a key Revolutionary War battle, returned from its last deployment in June 2015.