The new wall features include steel, rebar and concrete in the middle of square columns. 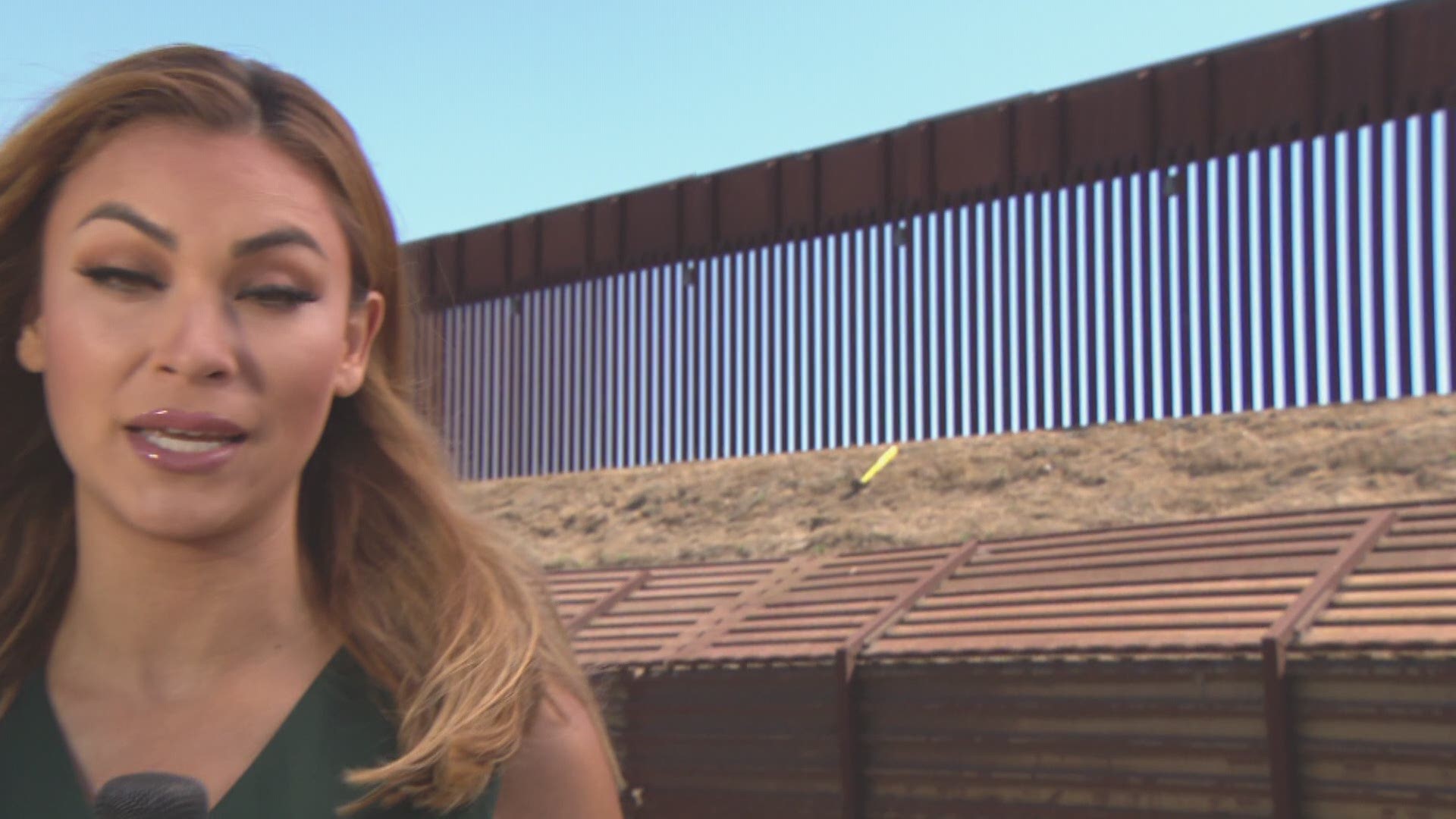 In this addition, we verify if the new border wall features work well in preventing illegal border crossings.

"This is going to be close to 500 miles by the time were finished," said President Trump. "It really is virtually impenetrable."

James Fletcher, owner of James Fletcher Construction in Chula Vista, wanted to help design the wall, but was not selected to take part.

"To me, it's already great design," said Fletcher who lends his professional opinion on the new features that include steel, rebar and concrete in the middle of square columns.

Fletcher continued to explain that it's a lot more difficult to cut through, giving border patrol agents more time to respond.

"It’s going to take too much time [then] someone is going to see it,” said Fletcher.

The president says the transition from vertical posts to panels is an anti-climb feature.

"We had 20 mountain climbers," said Trump. "We gave them different prototypes of walls, and this is the one that was hardest hardest to climb."

Fetcher says while some professionals may be able to climb the fence, the average person won't.

"They could put a rope around it, like climbing a tree, but then when you get to that flat part, there's no place else to tie anything to it, and then [they] can't get over it,” said Fletcher.

The wall is also designed to absorb heat.

"At 111 [degrees], it could get up to 190, 195 degrees - so yes, you could fry an egg on it with the right conditions," said Fletcher, who added while birds may be able to land on it and withstand the heat, human skin won't..

Fletcher believes this new design won't stop everyone. However, he verifies that this wall will significantly deter and prevent illegal crossings.

The new features were just completed in August.