A VERIFY viewer asked the team whether Donald Trump would still be eligible in the next election if he lost in 2020. 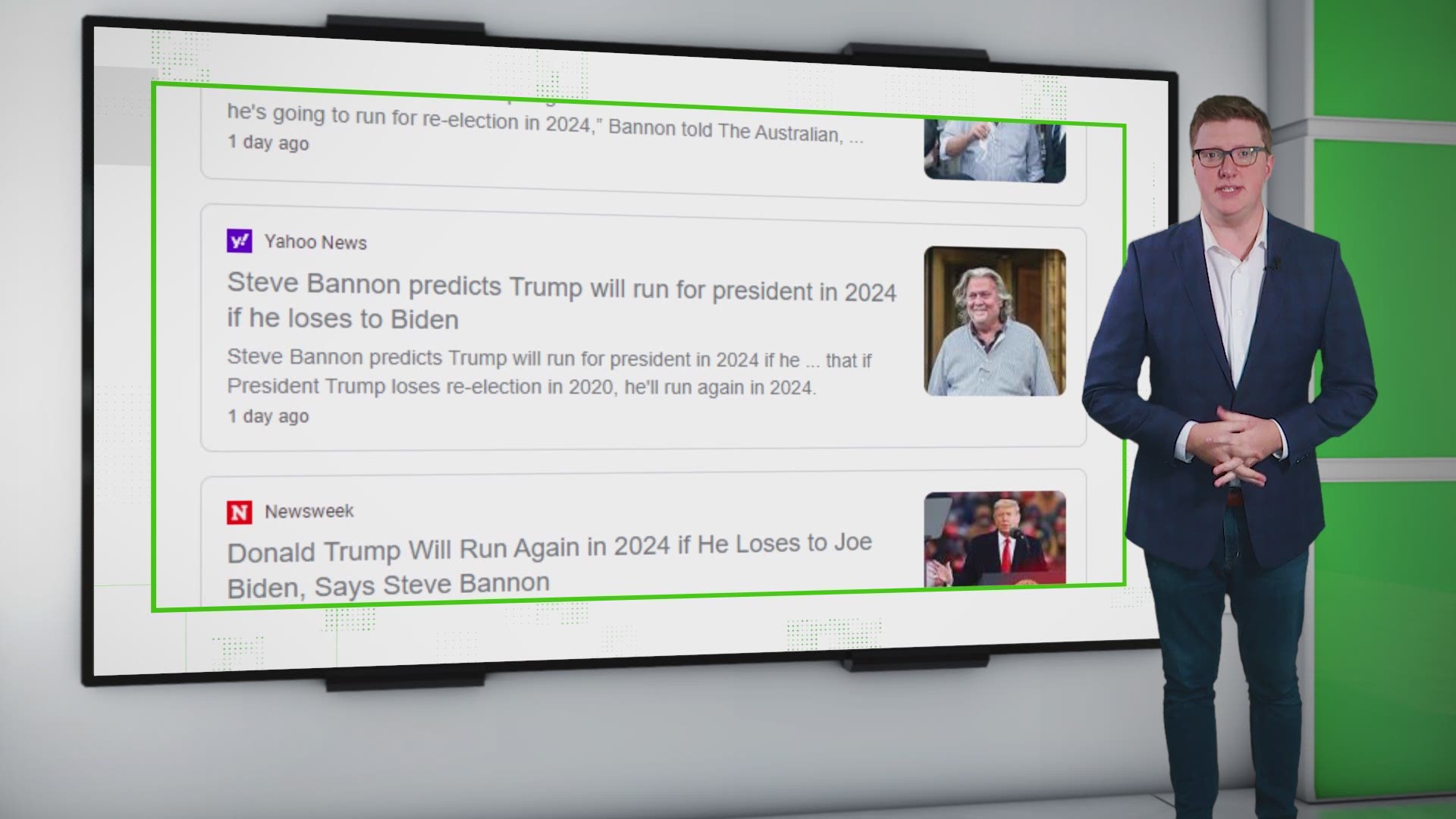 Steve Bannon, a former advisor to President Donald Trump and the head of his 2016 Presidential Campaign, made headlines again this week after he told an Australian news outlet that Trump would likely run again in 2024 if he lost the election this year.

That led viewer Susan M. to reach out to the VERIFY team and ask: “If Trump loses, could he run again in 2024?”

Yes. While the 22nd Amendment limits presidents to two terms, it doesn’t say that those terms have to be back to back. Since President Trump has only served one term at this point, he’s legally eligible to serve again in the future if he loses in November.

The 22nd Amendment was ratified and added to the Constitution in 1951. It officially established that “no person shall be elected to the office of the President more than twice.” But it doesn’t say anything about those terms being consecutive and no other laws or rules are preventing it.

This actually has happened in U.S. history. Democrat Grover Cleveland won the presidency in 1884, but lost his reelection campaign to Benjamin Harrison four years later. Cleveland ran again against Harrison in 1892 and won. He served two terms as president but they weren’t consecutive.

RELATED: VERIFY: Which states allow voters to share photos of their ballots online?

RELATED: VERIFY: Who to contact if you feel intimidated at the polls