VERIFY: Are migrants forced to drink toilet water in US detention facilities?

On Tuesday, images of overcrowding in the detention facilities were released by the office of the inspector general. 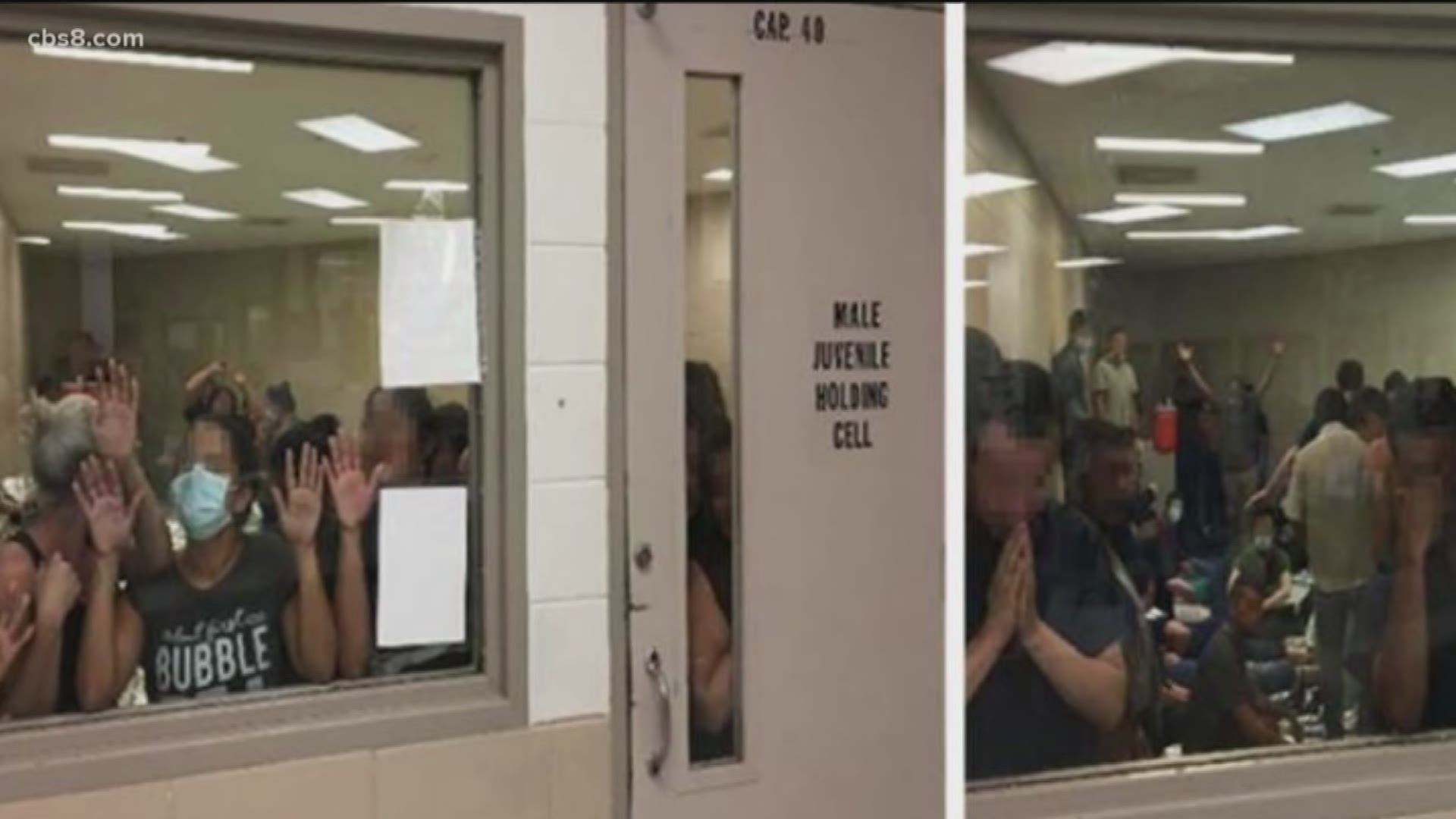 Some lawmakers who toured a migrant facility in Texas have reported disturbing details on what they saw inside. On Tuesday, images of overcrowding in the detention facilities were released by the office of the inspector general.

News 8’s Heather Hope looked to separate the truth from fiction when it comes to treatment in the facilities in this VERIFY report.

As members of Congress toured Texas border detention facilities, Congresswoman Alexandria Ocasio-Cortez made this startling claim: "These women were being told by CBP officers to drink out of the toilet."

So, we looked to verify: is border patrol forcing immigrants to drink from the toilet?

Customs Border Protection says that claim is FALSE. In a statement CBP wrote: "they're drinking potable water from the sink attached to the toilet."

An image shows, it is a 2-in-1 setup with a stainless-steel toilet bowl right at the bottom, connected to a sink directly on top of it.

San Diegans shouted to shut down the shelters at the Otay Mesa detention center on Tuesday with complaints of overcrowding.

We wanted to verify: how crowded are some U.S. detention facilities?

The inspector general says claims of packed shelters are true with the pictures to prove it showing overcrowded families inside the Texas shelters in June wearing aluminum foil blankets.

Border Patrol statistics show the Rio Grande Valley has the highest volume on the southwest border, with over 223,000 apprehensions in the first eight months of 2019. This total number marking a 124% increase compared to the same time last year.

"There is no need to dehumanize individuals who are just seeking a better life,” protester Uriel Murillo.