News 8 found there is some precedence of presidents creating and moving holidays with a proclamation. 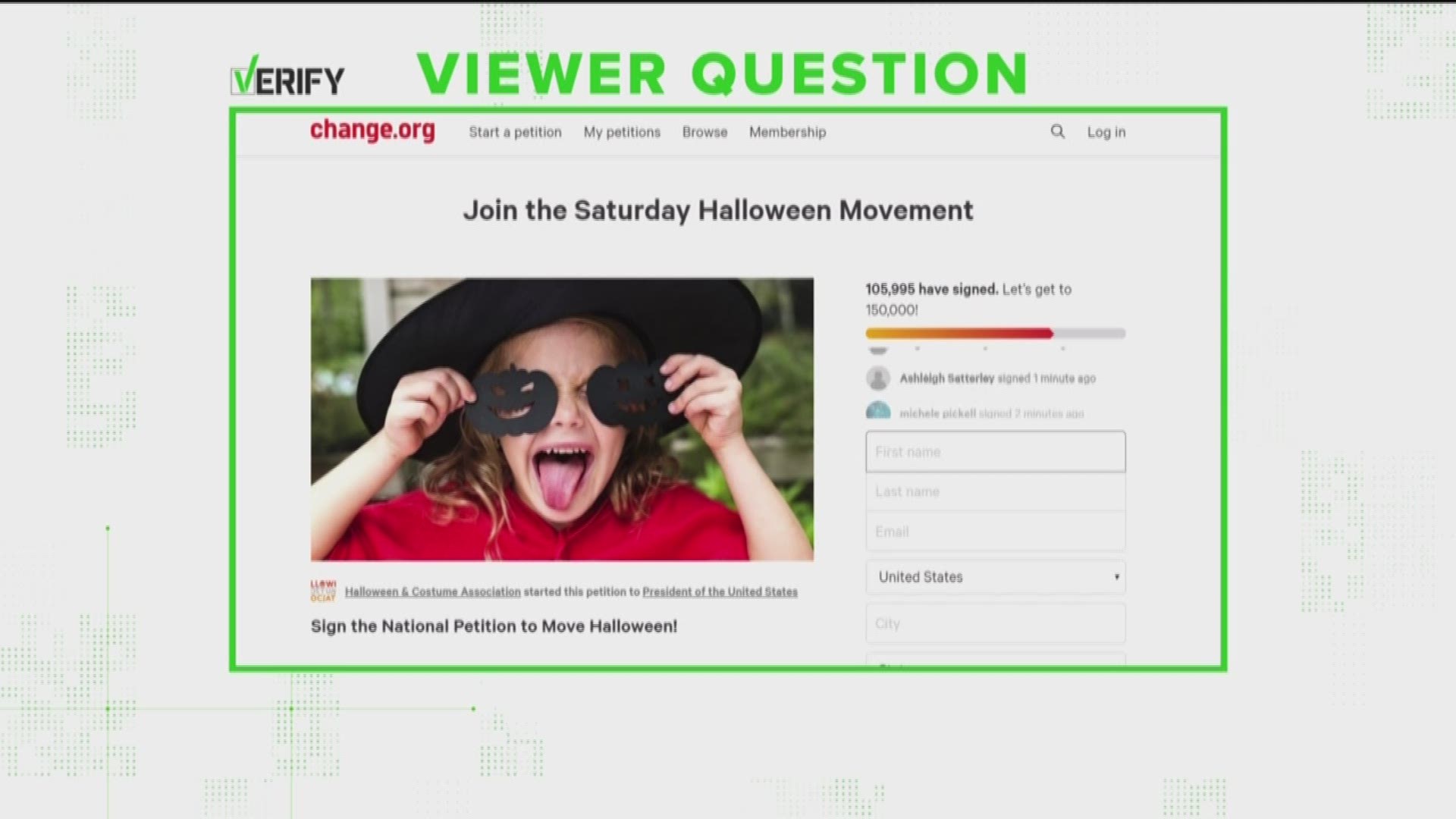 More than 100,000 people have signed a petition to say they want President Trump to move Halloween to the last Saturday in October. So, News 8 looked to VERIFY, does he have the power to do so?

News 8 checked with the congressional research service and Library of Congress and found there is some precedence of presidents creating and moving holidays with a proclamation.

In 1863, President Lincoln proclaimed Thanksgiving would fall on the last Thursday of November. Nearly 80 years later, President Franklin D. Roosevelt changed it to the second to last Thursday. Then in 1941, Congress made it a permanent federal holiday.

So, we can VERIFY: President Trump does have the authority to change when we celebrate Halloween. But, will he?

Well, retailers were behind the change of Thanksgiving because they wanted to sell more before Christmas. Halloween is no different either - a lobbying group for costume-makers and sellers is behind the change.org petition to move the holiday.

Moving trick or treating to a weekend might allow more families to participate in full garb. All that said - it's unlikely.

First, Trump's eventual successor could change it back with a similar proclamation. To cement the new date, he'd need Congress, which hasn't made a new federal holiday since creating Martin Luther King Jr. Day.

That said if the petition gets 100,000 signatures in 30 days the White House may respond, but like Halloween candy it may not be the treat you want.