"If a nickel of that went to politics, they would lose their tax exemption," said Michael Malbin, director of the nonpartisan Campaign Finance Institute. 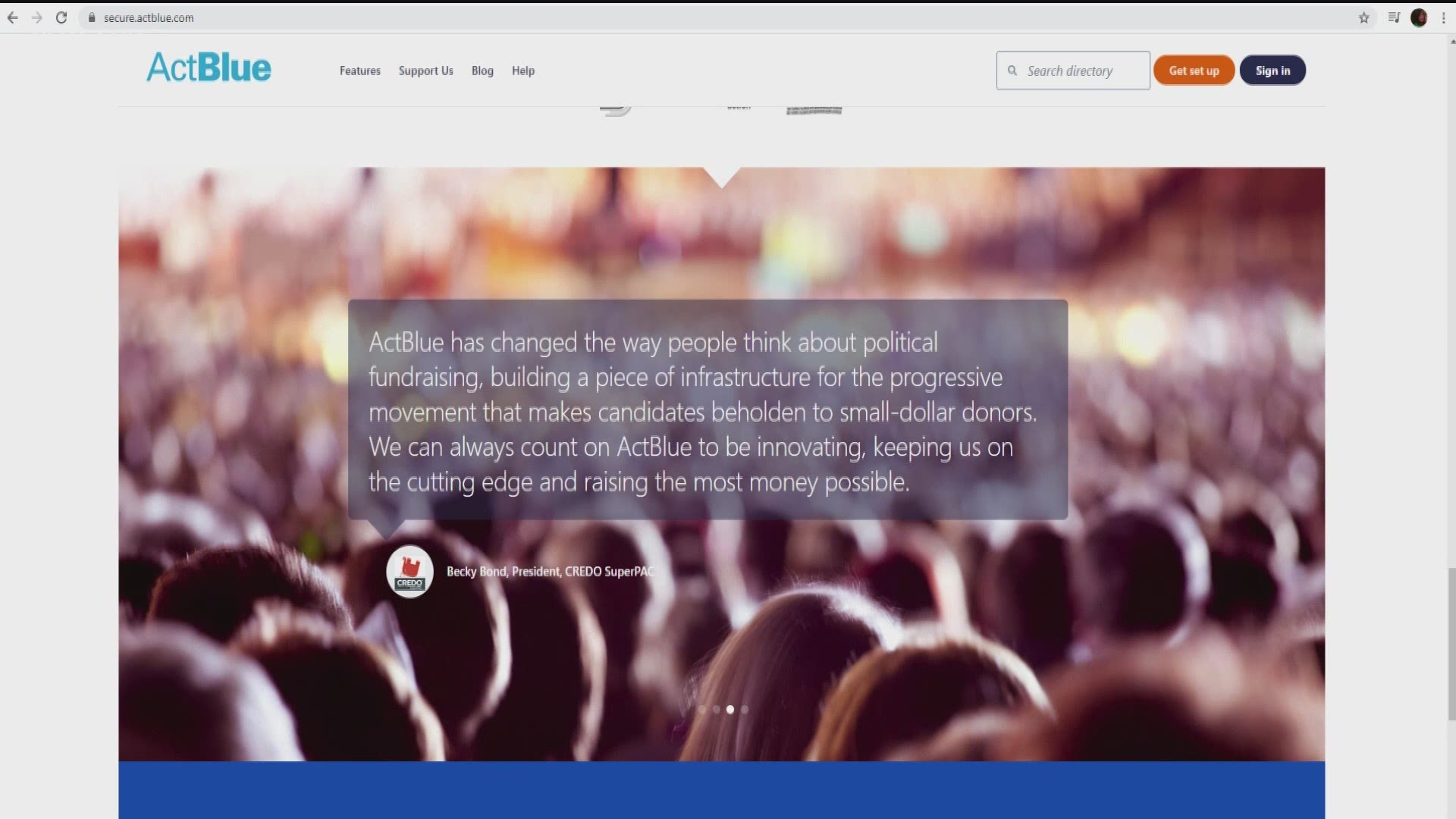 When you donate money to Black Lives Matter, it first goes through a fundraising platform called ActBlue. ActBlue is also associated with Democratic campaigns.

According to News 8's research, money donated to Black Lives Matter goes directly to them.

"If a nickel of that went to politics, they would lose their tax exemption," said Michael Malbin, director of the nonpartisan Campaign Finance Institute.

Malbin is also a professor of political science at the University at Albany, State University of New York.

He said while ActBlue does work with progressive candidates, it's nothing more than a processing agent.

"It's the equivalent of saying when I pay off my Visa card for a bill that went to a restaurant, am I also steering money to someone else that uses Visa? That's the kind of connection. It's absurd," Malbin said.

In a statement provided to News 8, ActBlue said in part:

“When you donate on an ActBlue or ActBlue charities page, the donation is earmarked for the group listed on the form. We pass along the contribution directly to the receiving campaign or entity. We do not choose the recipient of the contribution, the donor does.”

How did this rumor start in the first place? On social media.

Someone in Miami posted a video showing the process of donating.

When they tap the donate button on the Black Lives Matter website, they're directed to a web address with ActBlue in it.

Then, they open up another website, which tracks money in politics, to see where ActBlue sends its money.

From there, they highlight what appear to be multi-million dollar contributions to people like Bernie Sanders and Joe Biden.

The video has since been shared and watched millions of times.

Malbin warned it misrepresents what ActBlue does, and where contributions actually go.

"All of the contributions are earmarked for specific accounts. They cannot get transferred from one account to another," he said.