VERIFY: No, you can't show up and linger at the polls unless you're pre-authorized

As we’ve seen, 2020 politics is messy. That's why the Verify Team is here – to answer your questions and sort fact from fiction. 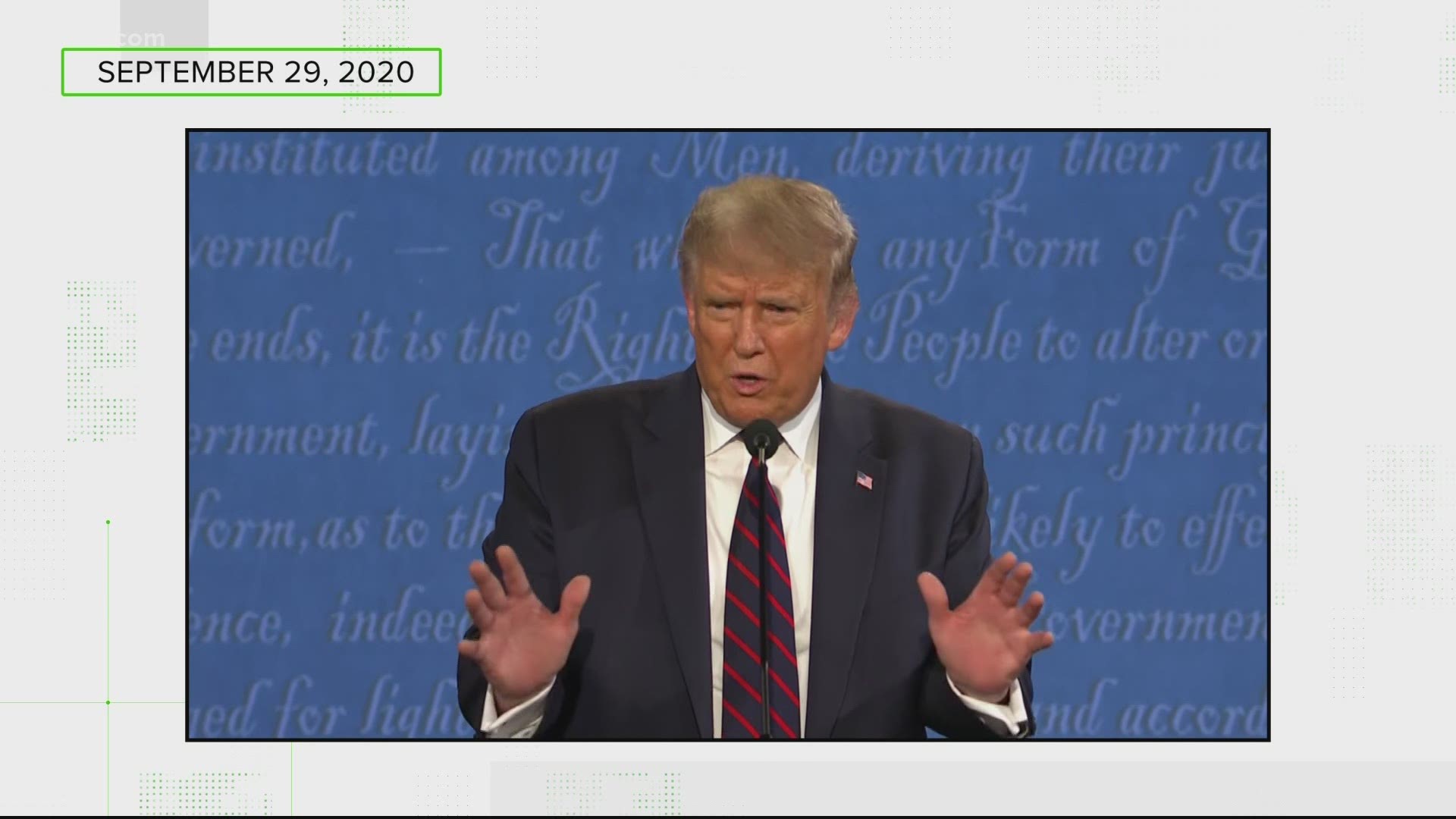 In D.C., Maryland and Virginia, can anyone show up, hang out and watch voters inside polling stations?

No, unless you are pre-authorized as a "challenger or watcher."

During the first presidential debate, President Trump made this statement: “I am urging my supporters to go into the polls and watch very carefully, because that’s what has to happen."

Like most states, D.C., Maryland and Virginia election rules say if you want to be a poll watcher, you need to go through a registration process.

According to  Code §1 –1001.09 of the District of Columbia, (c) any candidate or group of candidates may, not less than two weeks prior to such election, petition the Board for credentials authorizing watchers at one or more polling places and at the place or places where the vote is to be counted for the next election during voting hours and until the count has been completed.

Maryland rules say a “challenger or watcher” must be a Maryland registered voter, accredited and have their certificate on hand.

In Maryland, accredited challengers and watchers may watch voters check-in and may challenge a person's identity when they have a basis for doing that.

Challengers and watchers are not allowed to talk to voters, read the voter registration list, go past the check-in table, take pictures of a voter's choices on a ballot, use electronic devices, wear campaign regalia, handle ballots or equipment, or move about in the polling place without an election judge's permission.

RELATED: VERIFY: Do you have to use a black ink pen on mail-in ballots in DC, Maryland and Virginia?

You can see the full Maryland rules on challengers and watchers and how to be designated here.

"The president is blatantly urging his supporters to congregate at polling places, go inside, and ostensibly harass and intimidate voters," Virginia's Attorney General Mark Herring said. "There are both state and federal protections in place to protect voters from being harassed or intimidated while trying to exercise their right to vote. While there are authorized ‘poll watchers’ who monitor polls on Election Day, their duties are clearly laid out, and they do not include what President Trump has suggested. Voter harassment and intimidation will not be tolerated in Virginia."

Volunteer to be a Trump Election Poll Watcher. Sign up today! #MakeAmericaGreatAgainhttps://t.co/3AnrRV7uSz

So we can verify, in Washington, D.C., Maryland and Virginia, unless you’ve been pre-authorized and properly credential, you can’t linger inside a polling place.

You can check Poll Watcher, Challenger and private citizen challenger laws at the National Association of Secretaries of State.