VERIFY: No, the pipeline crisis was not an attack on red states

On social media, posts suggest that Republican-leaning states were harder hit by the Colonial Pipeline crisis. This is false. 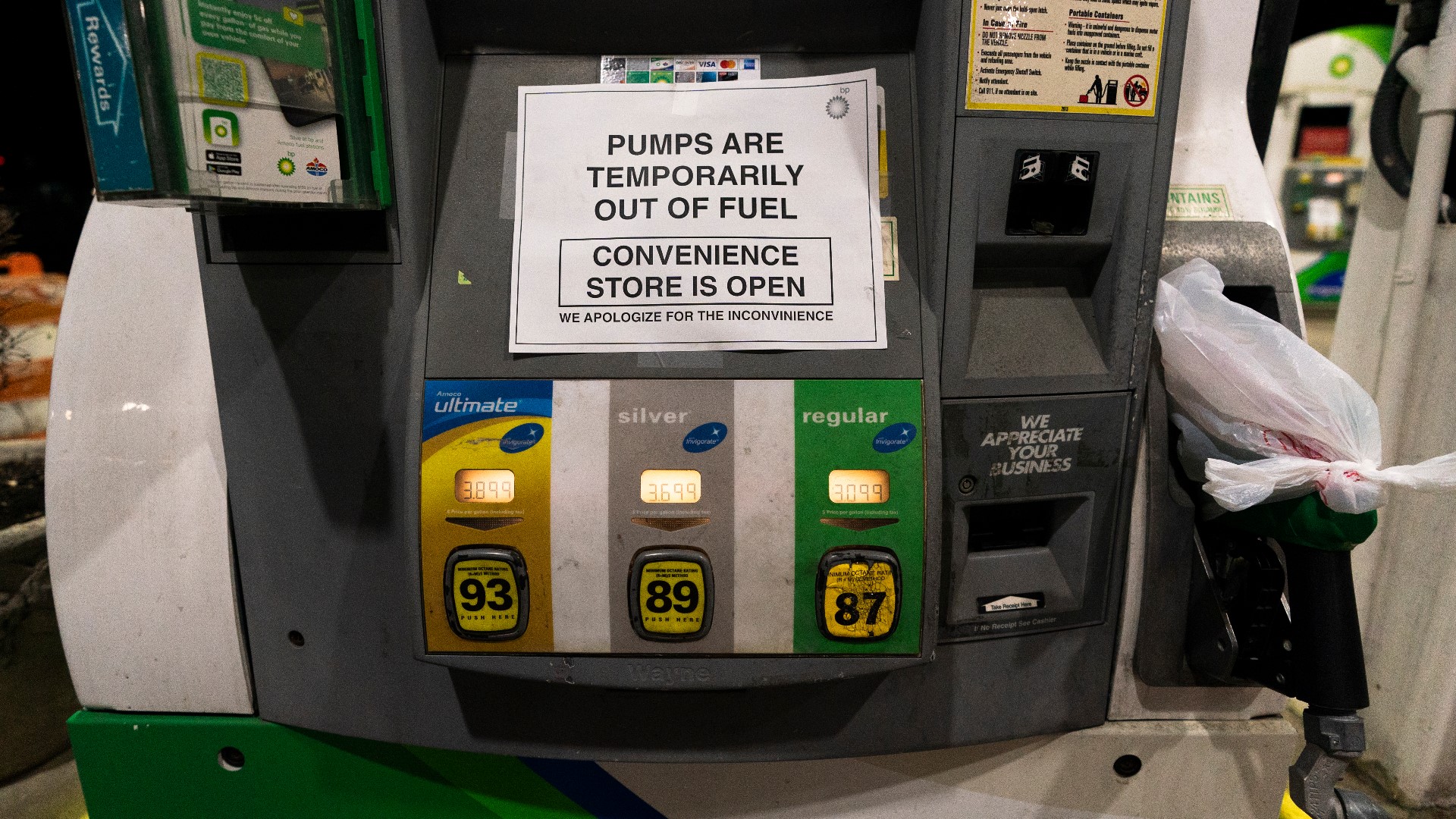 WASHINGTON — On social media, posts suggested that the Colonial Pipeline crisis impacted red states more than blue states. The implication of these posts was that somehow Democratic leadership was targeting Republican states.

The Verify Team looked into various metrics to determine which states have been hardest hit, as a result of this gas crisis. The data demonstrate that both Republican-leaning states and Democrat-leaning states have felt the impacts.

When it comes to gas shortages at stations, no area has felt the pain more than Washington, D.C., a historically liberal city.

No, the impacts of the Colonial Pipeline shutdown were not just felt in red states. Red states and blue states had to deal with supply problems and rising gas prices.

Posts like this one have suggested that the majority of states impacted by the Colonial Pipeline shortage are Republican-leaning. This is incorrect.

To begin, the map included in the post is riddled with factual inaccuracies.

The pipeline travels approximately 5,500 miles, between Texas and New Jersey. While the pipeline passes Republican strongholds like Alabama and Mississippi, it also passes heavy Democratic areas such as Maryland, Delaware, and New Jersey. The pipeline also crosses swing states such as Georgia and Pennsylvania.

"This has NOTHING to do with politics or red-blue designations," Ken Medlock from the Baker Institute for Public Policy at Rice University said. "It's amazing what flies in the online rumor mill."

Medlock said that the "pinch points" for gasoline supply are worst between Georgia and Maryland since there is little access to alternate supply.

"As the pipeline restarts," he said. "Georgia and Tennessee are first along the route, followed by the Carolinas, then Virginia, Maryland and ultimately Pennsylvania and New Jersey. So the last to receive supplies, as a matter of geography and logistics, is likely the DC/Maryland/Virginia region."

Patrick De Haan, an analyst from GasBuddy, said politics has nothing to do with which states are impacted.

"Areas served by the pipeline," he said. "Regardless of what side of the aisle they're on, are encountering the same issues. Very similar price impacts. There is not an outlying situation where I can say politics is behind outages or price."