A viral chain message lists economic metrics at the time Joe Biden became president so as to compare them later. But some of it is inaccurate. 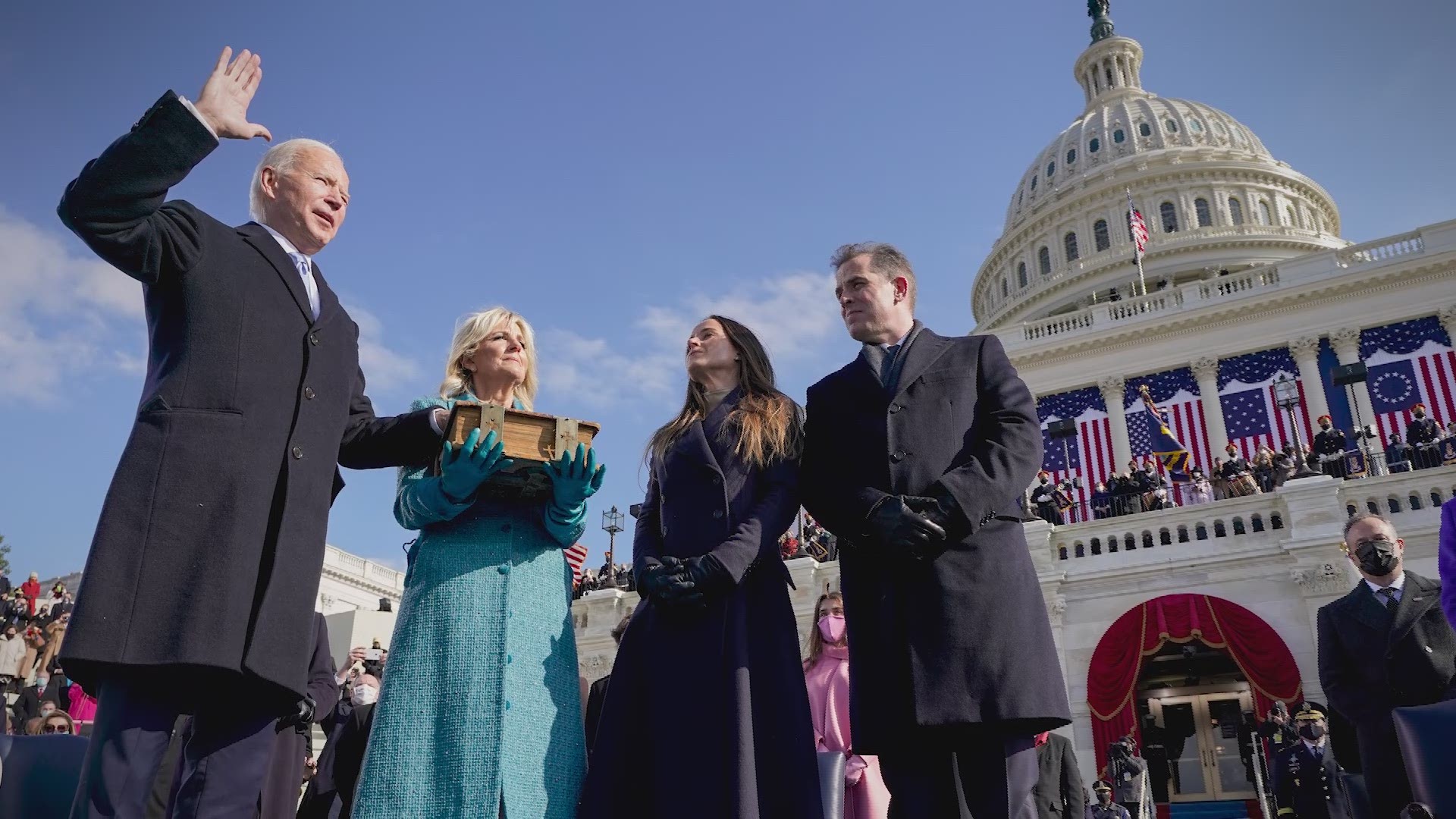 Following President Joe Biden’s inauguration Wednesday, a number of social media users started sharing variations of a "time-machine"-like post. Basically, posts with information about what was happening in the U.S. on the day he took office from former President Donald Trump.

The posts frequently started with statements like, “For all Biden voters,” and then shared a dozen claims and economic metrics on gas prices, unemployment and interest rates, stock market performance, foreign policy, etc.

"I am making this post so it will show back up as a future memory on my timeline," one example reads. "This isn’t a political dispute. I am genuinely curious what the next 4 years will bring."

But, the VERIFY team has discovered that the messages are likely to be problematic as a "time machine or capsule" because the numbers are largely inaccurate.

RELATED: VERIFY: What happens if I get the 1st dose of the COVID-19 vaccine but delay the 2nd?

RELATED: VERIFY: It is illegal to pay the president for a pardon

Is a long list about how Trump left the U.S. economy, our relationship with North Korea and other issues true?

Mostly no. The few parts of the list that are true lack context.

WHY WE ARE VERIFYING:

VERIFY viewer Tasha T. wanted to know whether this meme of a dozen claims, posted by a friend on social media, is true. Since the post is being repeated on a variety of platforms and pages, the VERIFY team dug in to clear it up.

The post begins, “It’s a sad day in America as the President Donald J. Trump prepares to leave this office. I am making this post so it will show back up as a future memory on my timeline.”

Let’s go through the claims one by one.

As of Dec. 28, the average U.S. price for a gallon of gas was $2.25, says AAA. The last time it was $1.95 was May to June, a chart on the AAA page shows. Factors that affect the cost of gas include prices on the world oil markets, refinery output, taxes and the part of the nation where you live.

Mortgage rates fell throughout 2020, reaching a national average low of 2.65% in the first week of January 2021, says mortgage buyer Freddie Mac. It projects mortgage rates will remain low through 2022 as the Federal Reserve keeps interest rates near zero to boost the economy.

That jump came after a 31.7% plunge in the second quarter of 2020 as the COVID-19 pandemic took hold in the U.S., says the Bureau of Economic Analysis. That followed a 5% drop in first quarter 2020. The bureau says GDP rebounded 33.4% in the third quarter.

5. We had the best economy ever until COVID and it is recovering well.

This is a very subjective claim. There’s no definitive metric that determines if the economy is the “best.” If you’re measuring by stocks, the Dow Jones saw an annualized return of nearly 11.8% under Trump, 12.1% under President Barack Obama and 15.9% under President Bill Clinton, according to MarketWatch in an Inauguration Day analysis. The Joint Economic Committee Report, put out by Congress, and the Conference Board offer more details on economic performance and outlook.

6. We have not had any new wars or conflicts in the last 4 years.

That’s true. The Congressional Research Service’s report “U.S. Periods of War and Dates of Recent Conflicts,” updated June 5, 2020, makes no mention of Trump in regard to new conflicts. The same is true for his predecessor Obama, who was president for eight years.

7. North Korea has been under control and has not been testing any missiles.

8. ISIS has not been heard from for over 3 years.

On Oct. 26, 2019, Trump announced that U.S. special operations forces killed Abu Bakr al-Baghdadi, the self-proclaimed leader of the Islamic State, in Idlib, Syria. “The U.S. may have helped to break up the ISIS proto-state or ‘caliphate,’ in Syria and Iraq, but it has scarcely defeated it,” Anthony H. Cordesman of the Center for Strategic and International Studies, a bipartisan think tank, wrote in September 2020.

9. The housing market is the strongest market it has been in years.

10. Homes have appreciated at an unbelievable rate and sell well.

11. And let’s not forget that peace deals in the Middle East were signed by 4 countries -- unprecedented!

The Abraham Accords were signed Sept. 15, 2020, by the U.S., Israel, the United Arab Emirates and Bahrain. The accords’ purpose is to normalize relations between those nations. The George C. Marshall European Center for Security Studies notes that some experts consider the accords “not as groundbreaking as claimed,” but adds that they are “by no means inconsequential.”

In December, both the unemployment rate, at 6.7%, and the number of unemployed persons, at 10.7 million, were unchanged from November, the Bureau of Labor Statistics says. Although both measures are steeply lower than their April highs, the jobless figures were nearly twice their pre-pandemic levels in February (3.5% and 5.7 million), according to the Bureau of Labor Statistics.