Vest designed to protect your dog from coyotes

Most people with small dogs know that coyotes can pose a danger in San Diego, but a local couple created special vest designed to protect pets. 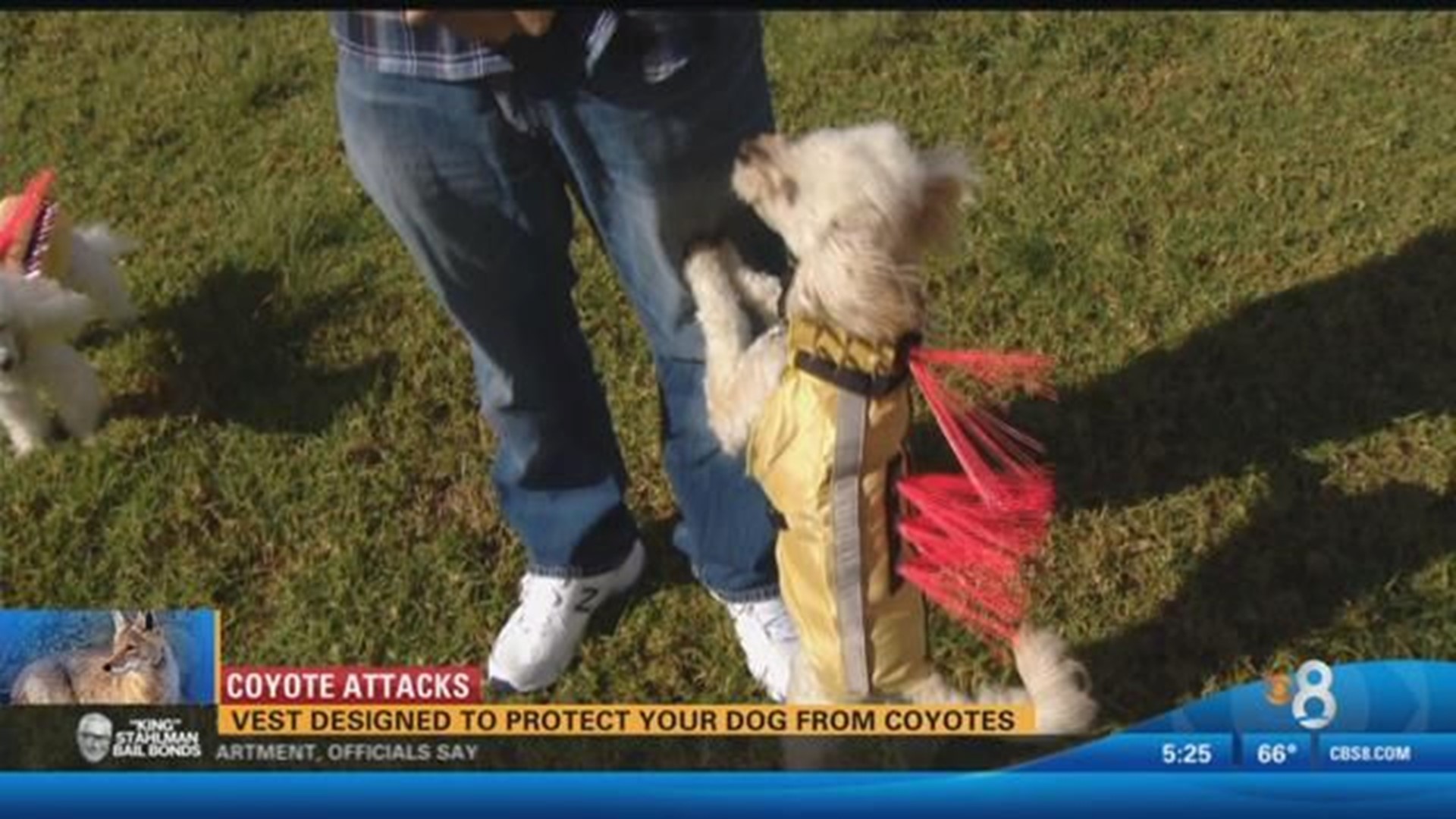 SAN DIEGO (CBS 8) - Most people with small dogs know that coyotes can pose a danger in San Diego, but a local couple created a special vest designed to protect pets.

Coyote Best Body Armor can help save small dogs if they are attacked or bitten by a larger dog or coyote.

On September 2, 2014, Paul Mott was walking his dog, Buffy, to his car after playing at the dog park when a coyote ran from a bush, grabbed Buffy and took off.

Buffy was never seen again, and Mott was left traumatized. Understandably, he feared his other dogs would suffer the same fate as Buffy.

To prevent another tragedy, Paul created a spike collar, but then began hearing stories about coyotes grabbing other dogs by their side.

"I thought, let's get some kevlar to protect the dogs so there'll be no punctures," he said.

Paul said he "came up with some idea to prevent that from ever happening again to my other dogs because it was just terrible."

The vest Paul designed helps protect small dogs from getting holes if they are bitten.

Some of the accessories that come with the vest are spikes. "If you're a dog and trying to come in and bite, these [spikes] are getting you in the face," said Paul.

Another accessory is a remote controlled electric shock. Anything touching its sides will get quite a jolt.

Paul said his dogs have not been attacked by a coyote since they began wearing the vests.

He also said he has seen the effectiveness at a dog beach when larger dogs have started to get aggressive, and then backed off.

The vest prices range from $59 to $95. Paul said they are not an easy sell because people do not think they need one until after it has happened to them.

"I thought I could scare them [coyotes], or haze them or run away. I thought I would always have the upper hand, but they are really sneaky," said Paul.

To learn more about the vest, visit the Coyote Vest website.