Vigil held for woman killed by stray bullet in Escondido

Family and friends are still reeling after a North County woman was killed by a stray bullet from a gang shootout as she drove home from church. 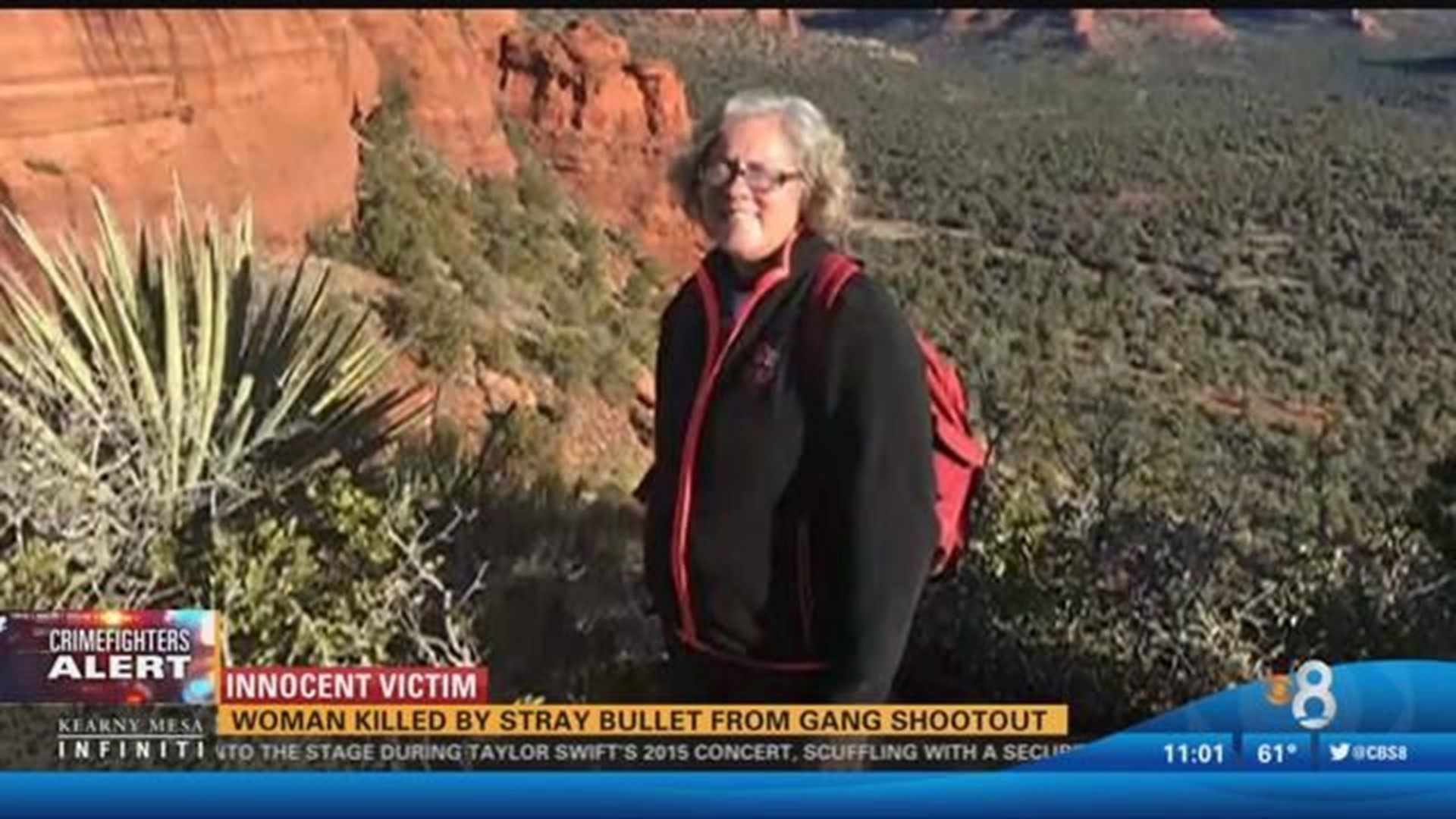 ESCONDIDO (CBS 8) - Family and friends are still reeling after a North County woman was killed by a stray bullet from a gang shootout as she drove home from church.

Police said 55-year-old Catherine Kennedy was found with a gunshot wound to her head after her silver Toyota Camry crashed into a vehicle parked alongside eastbound Grand Avenue near Midway Drive shortly after 9 p.m. Tuesday night.

Investigators believe she had been struck by a stray bullet fired by one of at least two gang members shooting at each other. Kennedy was taken to Palomar Medical Center after the shooting, but later died from her injuries.

"She is a wonderful person, caring. We can take comfort in knowing that she is with our Savior, Jesus Christ," said Kennedy's sister, Deborah Ware.

A day later, Catherine Kennedy's, killer or killers have not been caught.

Ware told CBS News 8 her sister was an extremely spiritual person who married Kevin Kennedy only two-and-a-half years ago.

The Catholic Diocese said Kevin leads religious education at St. Timothy parish, while Catherine was a youth leader at the church.

"Maybe if you are a gangster and this goes to your heart, I encourage you to come forward," said Escondido Police Department Chief Craig Carter.

Grieving family left Wednesday's vigil trying to understand why they lost Catherine in a senseless tragedy.