Sunday is World Aids Day and dozens are gathering in Hillcrest for a candlelight vigil to recognize the efforts to fight epidemic and remember those who lost their lives. 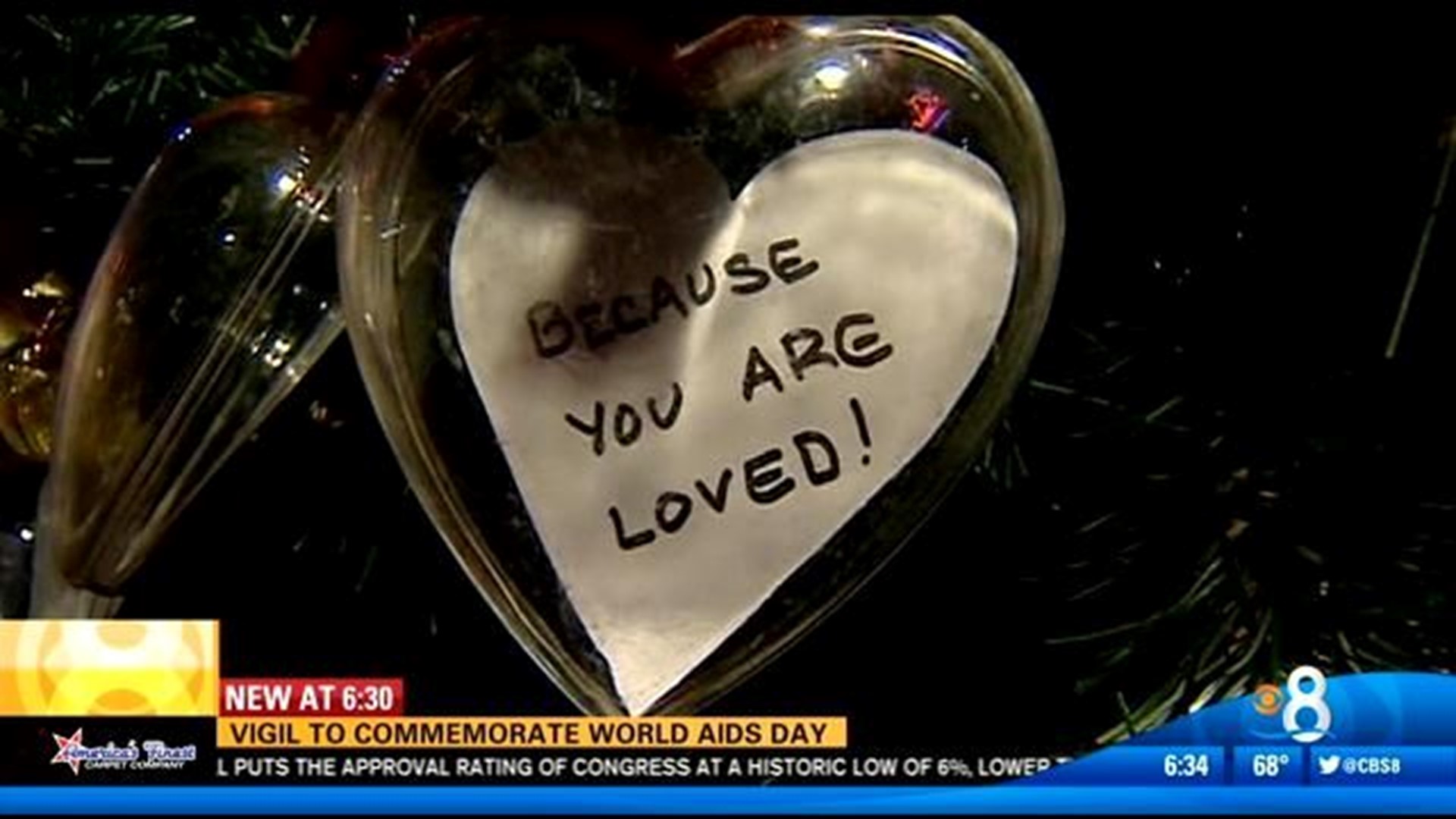 SAN DIEGO (CBS 8) - Sunday marked World Aids Day, and San Diegans gathered to pay tribute to those who have died of aids and those living with the disease.

"We've lost, obviously, thousands of San Diegans to this terrible disease and we have about 13,000 living with HIV and aids today in San Diego County."

Interim Mayor Todd Gloria was among more than 200 people who attended a candlelight vigil in Hillcrest Sunday.

The event was also a fundraiser for Mama's Kitchen, a charity that delivers meals to people with aids and cancer.