San Diego leaders are showing support for an ambitious plan to make streets safer for bicyclists and pedestrians. The goal is to eliminate traffic deaths in the city by 2025. 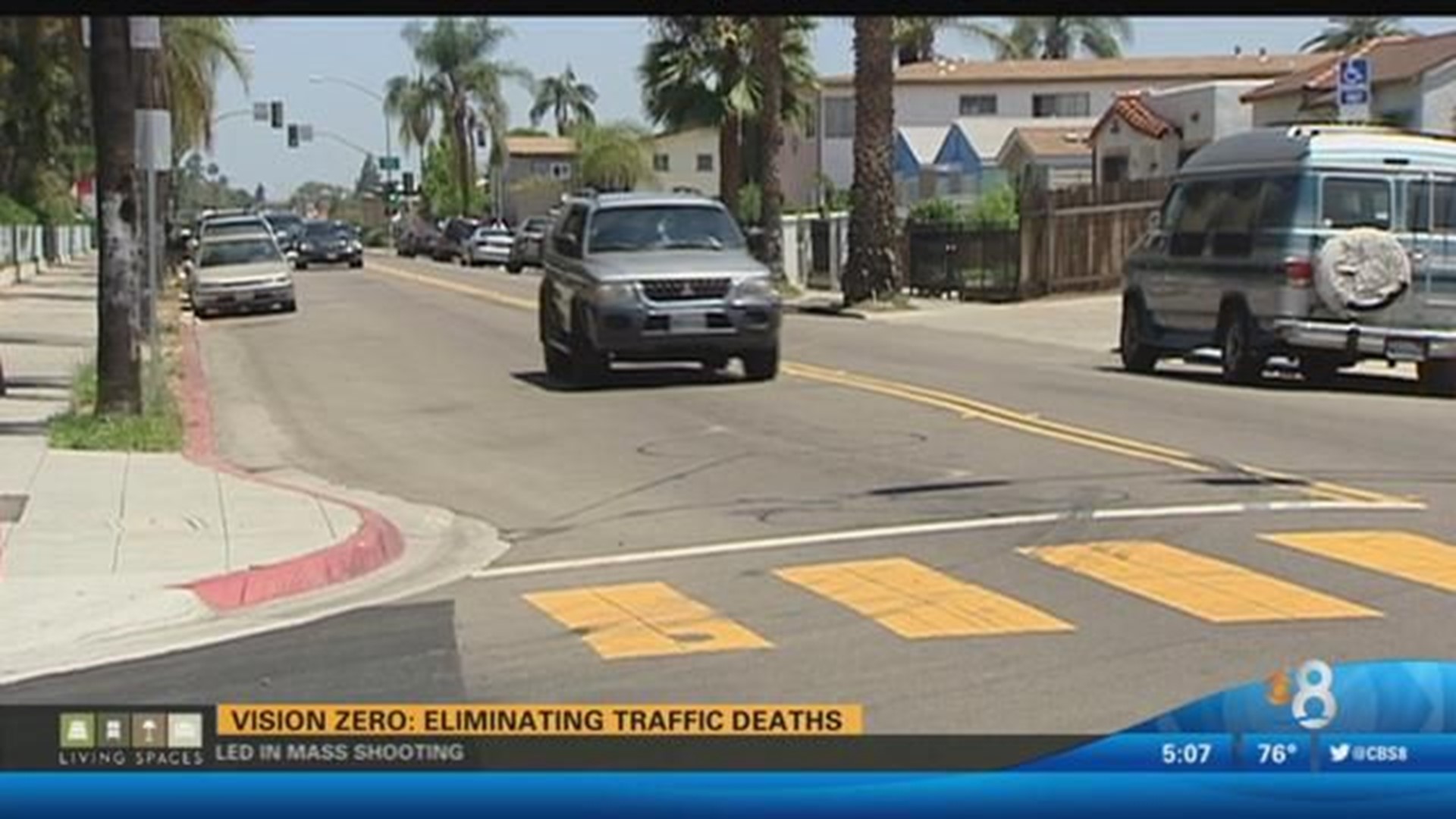 SAN DIEGO (CNS) - Mayor Kevin Faulconer and other city officials Monday expressed support for a plan to make San Diego's roadways safer for pedestrians and bicyclists over the next 10 years.

The "Vision Zero" plan, issued by the nonprofit Circulate San Diego, aims to eliminate traffic deaths in the city by 2025 by improving crosswalks, raising medians, creating buffers between vehicle and bicycle lanes, and improving sidewalks.

"There is nothing more important than public safety, which is why we're working toward the goal of zero traffic deaths in the city of San Diego," Faulconer said.

"We're making great strides to become a more pedestrian- and bicycle-friendly city by investing in our infrastructure and making safety a top priority in all street projects," he said. "Whether you drive, bike or walk, safer streets benefit everyone."

San Diego would be the sixth city to implement a Vision Zero plan, according to Circulate San Diego.

"Vision Zero is an idea whose time has come in San Diego," said Jim Stone, the organization's director. "We owe it to San Diegans to have safe streets. No loss of life is acceptable."

The group says one person is killed or seriously injured while walking, bicycling or driving on San Diego's streets nearly every day.

The Vision Zero plan focuses on eight corridors that it contends are the most dangerous in San Diego. They include:

-- Fifth Avenue, between downtown and Hillcrest;

-- Broadway, between downtown and South Park;

-- Imperial Avenue, between the East Village and Encanto;

-- Market Street, between downtown and Encanto; and

-- University Avenue, between Hillcrest and Rolando.

While the rate of vehicle deaths has fallen in the last 10 years, pedestrian fatalities have increased, according to Circulate San Diego. Residents of low-income areas have a 10 times greater risk of being struck by a car while walking than people in other parts of San Diego, the group said.