Voters to decide on a minimum wage hike in California

A proposal to raise California's minimum wage to $15 an hour by 2021 has qualified for the November ballot. 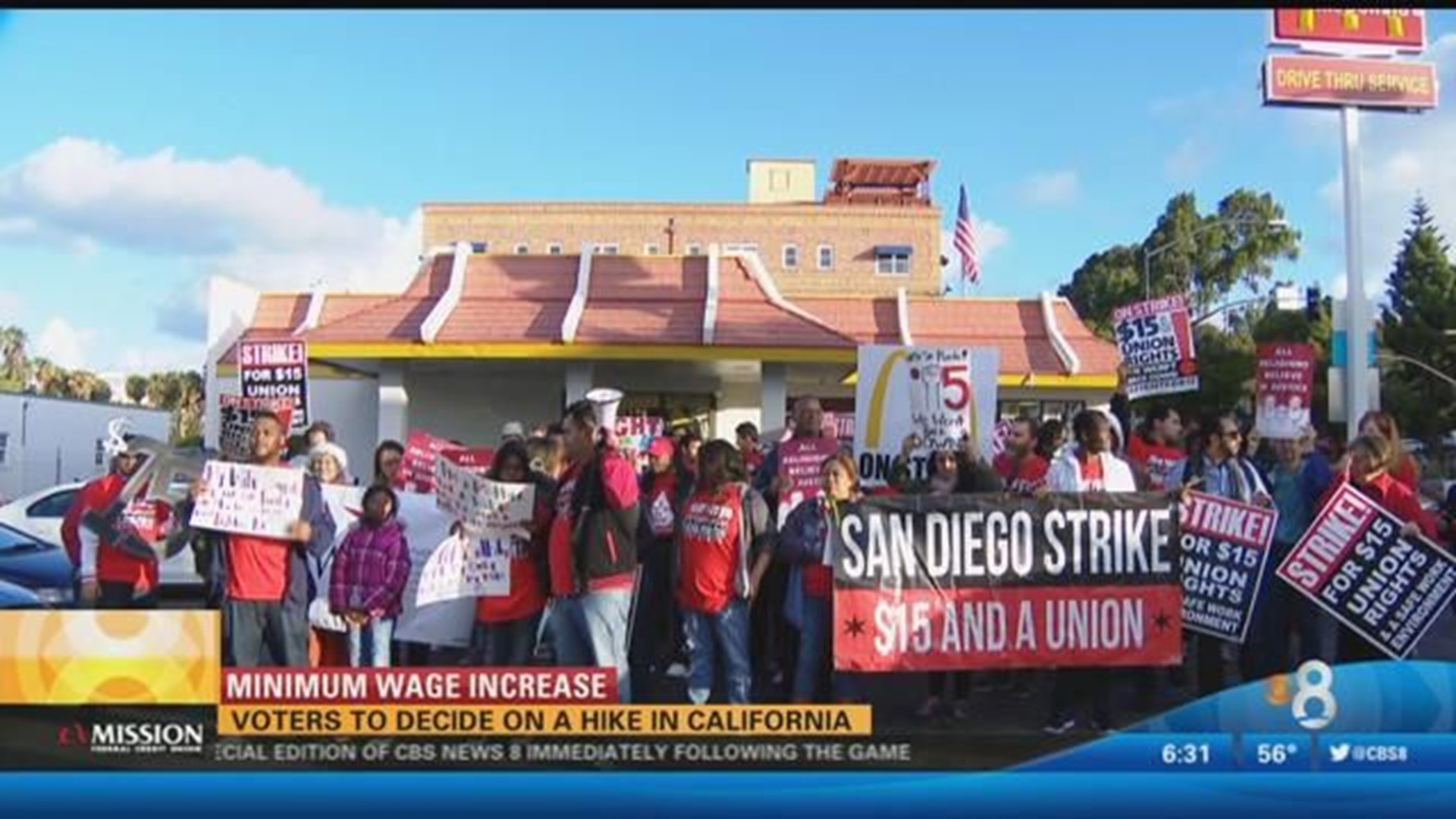 SACRAMENTO, Calif. (AP) — A proposal to raise California's minimum wage to $15 an hour by 2021 has qualified for the November ballot.

California's current minimum wage is among the highest in the nation at $10 an hour. The measure certified by the secretary of state Tuesday would raise it by $1 each of the next five years.

Backers of a competing minimum wage proposal are still collecting signatures. That plan would raise wages to $15 by 2020, a year earlier, and provide six paid sick days annually.

Businesses and Democratic Gov. Jerry Brown have said such a steep wage increase would be incredibly costly.

Local religious leaders say it's time to rise up and help struggling families.

"How people feel about themselves, how people are able to rise up and live with dignity--it's an issue of their own spiritual wellbeing.

"There's a lot of things we can focus on for business to create jobs rather than making it more expensive, Sean Karafin, San Diego Regional Chamber of Commerce said.

Oregon officials approved a law earlier this month that will increase that state's minimum wage to nearly $15 in urban areas over the next six years.