A Barrio Logan Elementary School invited News 8 to go on a ‘walking trip” to shed light on the homeless crisis in San Diego, Monday. 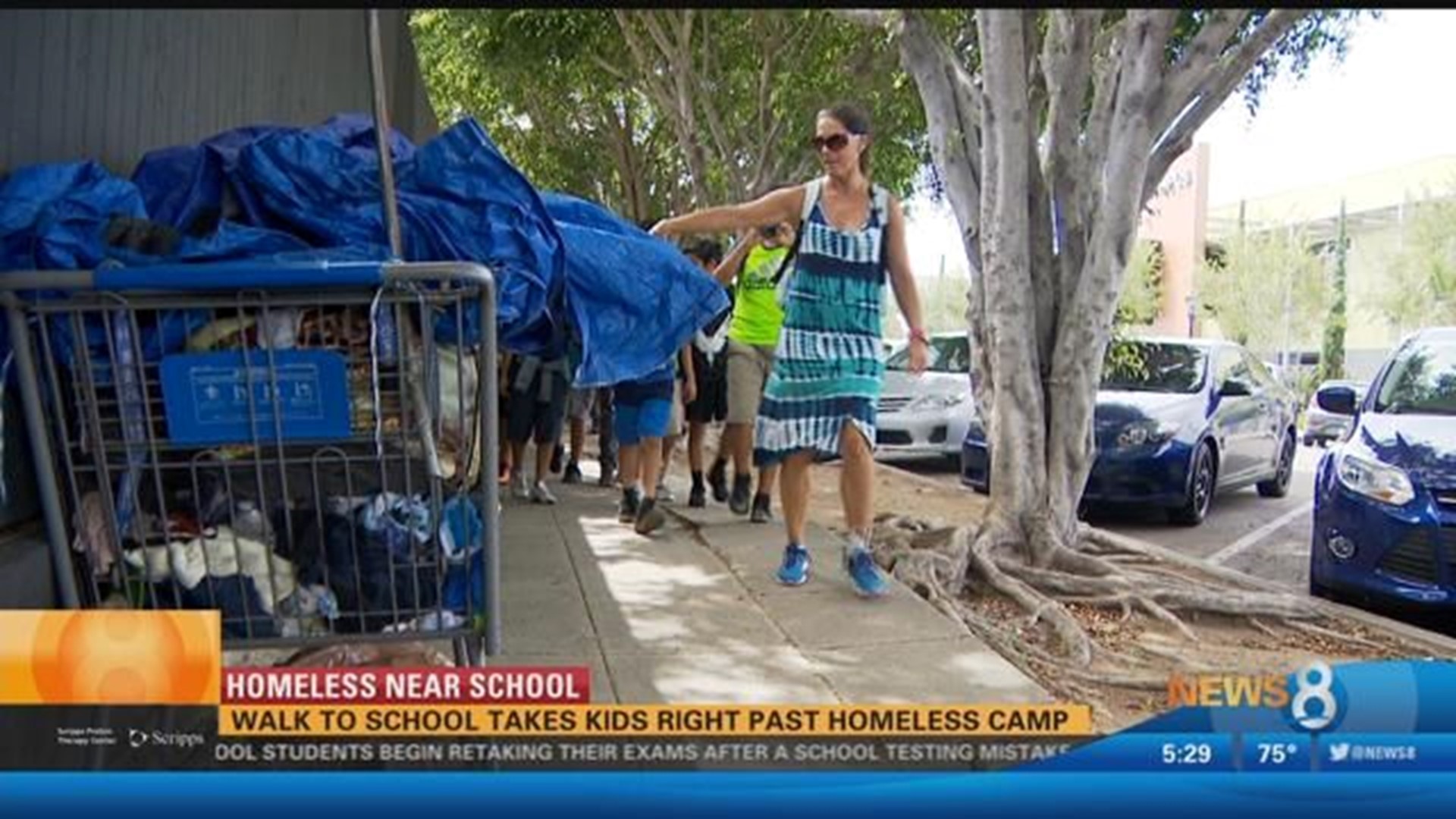 Kristi Nelson’s fifth grade class took a field trip to downtown, but students were forced to walk into the street several times because of the escalating homeless population around their school – Perkins Elementary.

Nelson said the homeless have basically taken over the sidewalks – exposing the students to a negative learning environment.

The situation is so bad the school invited Councilman David Alvarez to join them on Monday’s field-trip so he could see what student have to deal with every day while they walk to and from school.

“It’s certainly not anything you want your kids to go through,” said Alvarez.

According to Alvarez, for years the city dealt with the homeless situation by constantly pushing them from one location to another, but that hasn’t not solved the problem.

Alvarez claims the answer is more housing – which takes money.

“We need to go, I think, to the voters and ask them to support an initiative to have more money set aside for homeless services - more than we have today. It's what San Francisco is doing. It's what L.A. is doing. It's what cities actually having success with homelessness are doing,” he said.

Thirty percent of the students at Perkins Elementary are homeless and living in shelters – making them sensitive to the situation.

“It’s their neighborhood. They live here and it’s a beautiful downtown. They should be able to enjoy it and they can’t here safely,” said Nelson.