San Diego police have shot and killed a wanted man during a chase. 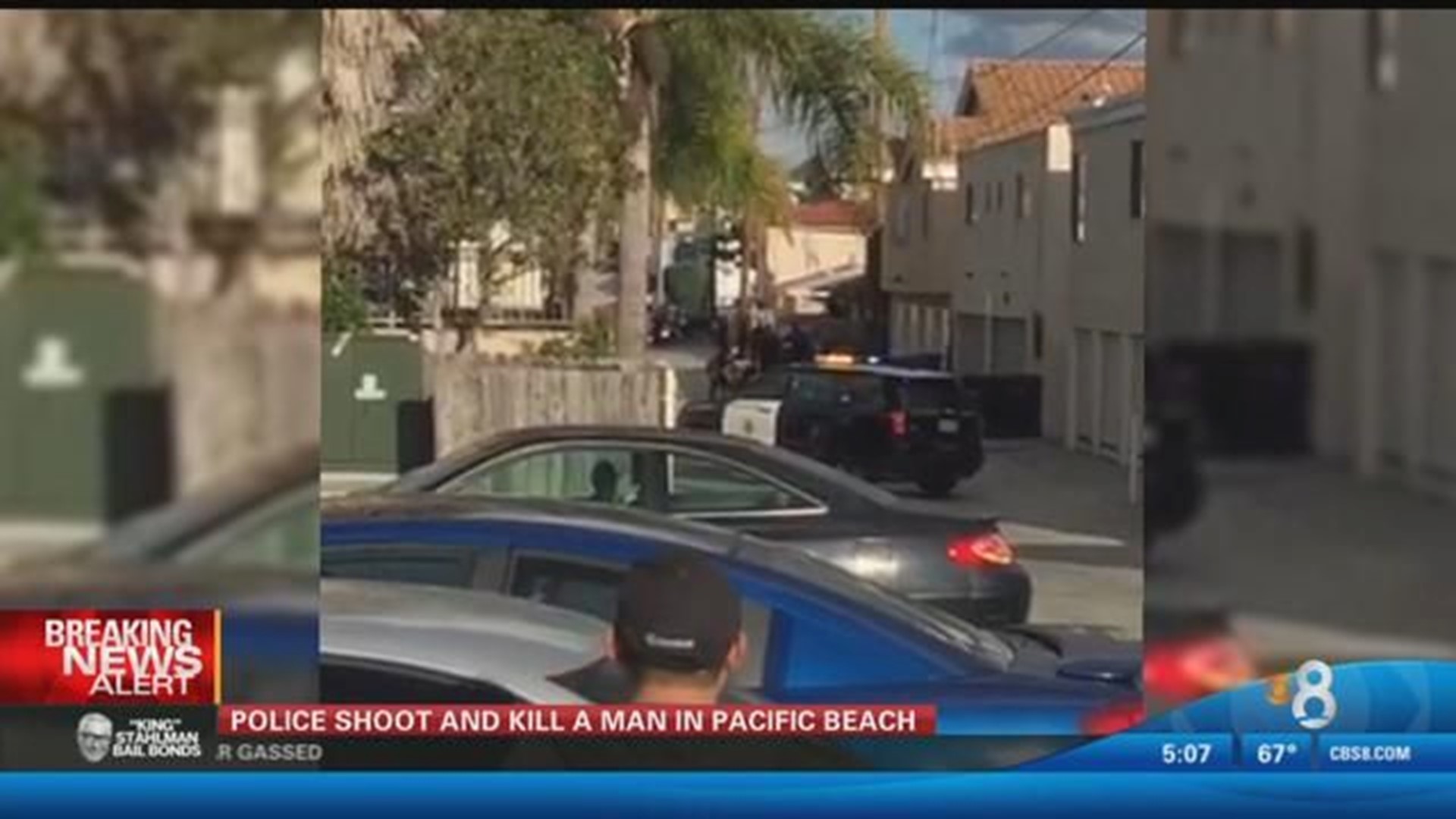 SAN DIEGO (AP) - San Diego police have shot and killed a wanted man during a chase.

The shooting occurred Wednesday afternoon in the Pacific Beach neighborhood.

Police say the man was wanted for felonies in Missouri and was considered armed and dangerous.

Authorities say an officer spotted the man walking down a street and chased him into an alley, where the suspect managed to break free from a police dog.

Police say he was shot after reaching into a pocket and died at the scene.