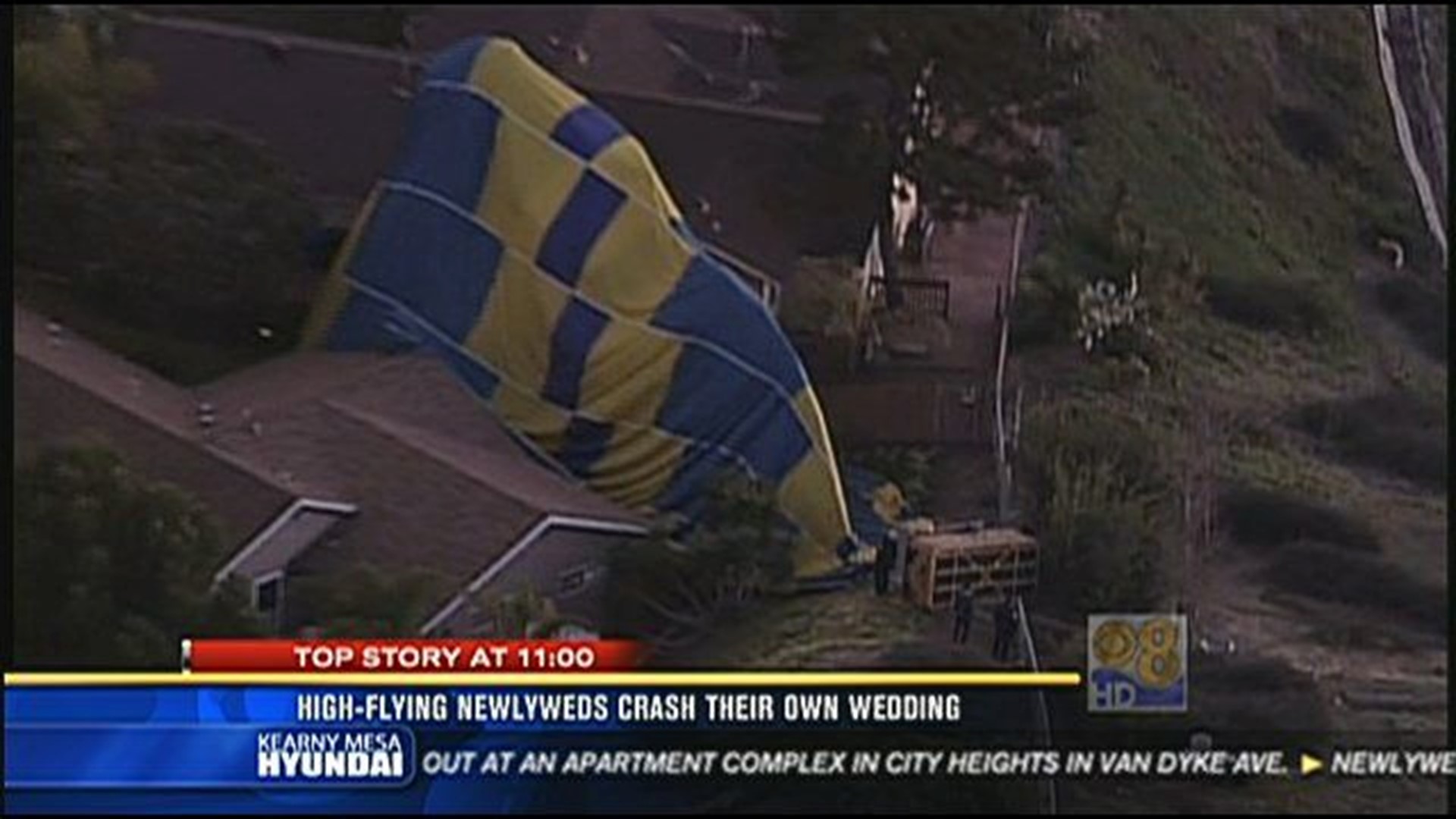 SAN DIEGO (CBS 8/CNS) – Home video captured scary moments when the hot air balloon a newlywed couple was married in made an unplanned hard landing in a residential neighborhood in Rancho Peñasquitos.

Jonathan Narcisse, his new wife Kerrin, and their wedding party were on board the balloon around 4:45p.m. Monday, when it was caught by a strong gust of wind.

The pilot directed the balloon towards a yard in the 13100 block of Avenida del General. The Narcisses say the basket bounced three times and tore through a fence as it came to an abrupt stop.

The deflated blue-and-yellow balloon wound up draped over a tree and part of a home but caused no known property damage, according to firefighters.

The Narcisses had just said their vows in front of 11 of their loved ones during a sunset hot air balloon ride, only 20 minutes before the accident.

Despite the scary moments, the newlyweds say they are grateful for each other and a ceremony they'll never forget. They went out to dinner after the nuptials to celebrate the beginning of their lives as man and wife, despite the bumpy start.

Medics took one of the 14 people who had been riding in the balloon's basket to Pomerado Hospital for evaluation of mild back pain. No other injuries were reported.