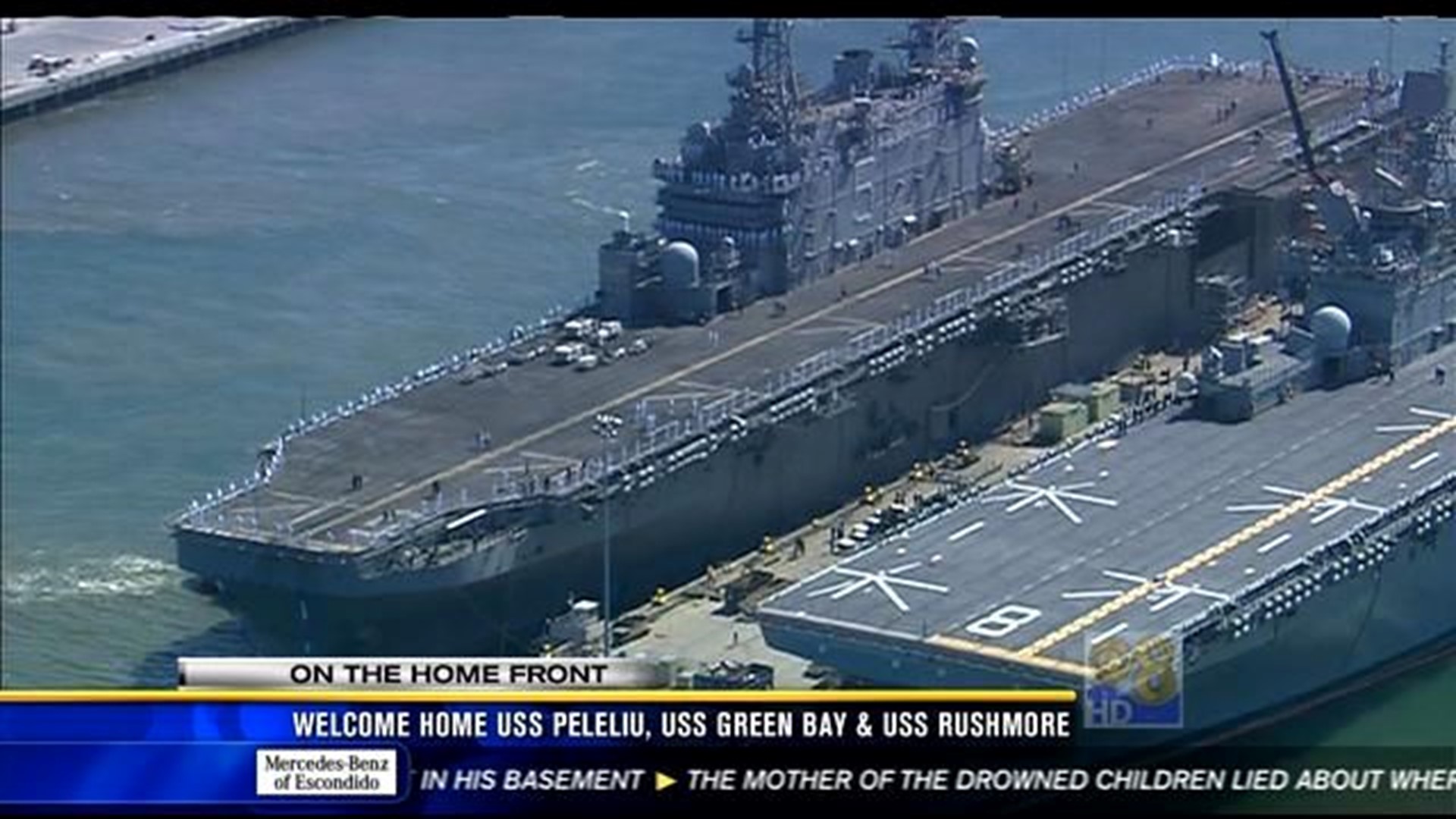 SAN DIEGO (CNS) - The ships and sailors of the Peleliu Amphibious Ready Group returned to their home port of San Diego Tuesday to wrap-up an eight-month deployment while another locally based warship is scheduled to head out for a four-month humanitarian mission.

The Peleliu ARG served as a reserve force in the Middle East and conducted exercises with allied armed forces.

"The ARG has accomplished a lot in our eight months of deployment," said Capt. Shawn Lobree, its commanding officer.

"Most significantly we helped maintain security in a volatile part of the world through missions which ranged from counter weapons proliferation, support to special forces, maritime security operations, and multilateral theater security cooperation exercises with countries including Saudi Arabia, Kuwait, the United Arab Emirates and Djibouti," Lobree said.

Members of the 15th Marine Expeditionary Unit were on board the vessels and returned to Camp Pendleton Monday.

In the afternoon, the amphibious dock landing ship USS Pearl Harbor is set to depart for Pacific Partnership 2013, in which sailors and volunteers from aid organizations in several countries will perform humanitarian missions in Samoa, Tonga, the Marshall Islands, Papua New Guinea, Kiribati and the Solomon Islands, the Navy said.

"The U.S. Pacific Fleet is always prepared for battle, but we also operate to preserve the peace," said Adm. Cecil Haney, the fleet's commander. "Ultimately, missions such as Pacific Partnership strengthen relationships that are critical to deter conflict. They build trust, enhance cooperation, and open dialogues between leaders, a multilateral approach that benefits all nations including the United States."

Pacific Partnership was started 2006 to help victims of the disastrous tsunami two years earlier and has turned into an annual event. According to the Navy, 13 countries, 28 aid groups, four U.S. agencies pls the Defense Department took part last year.