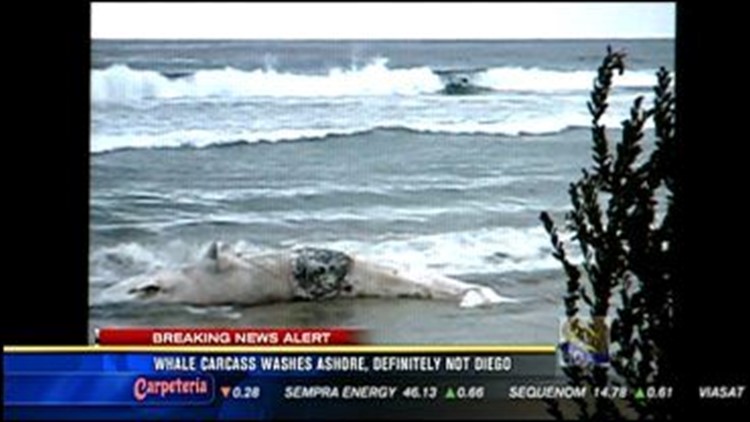 The carcass of a roughly 20-foot-long whale found this morning on a Del Mar beach is not the whale that wandered into San Diego Bay last month, authorities said.

A beachgoer discovered the dead whale around 6:30 a.m. on the sand near 29th Street and Ocean Front and reported the find to authorities, said sheriff's Lt. Jenene Milakovich.

Milakovich said deputies called Sea World the Southwest Fisheries Science Center in La Jolla, and that deputies are working with Del Mar lifeguards to put the carcass back in the ocean.

Whale carcasses that wash up onto the shore are also sometimes disposed at the Miramar Landfill.

Authorities confirmed the whale was not the remains of "Diego," a young gray whale that wandered into San Diego Bay March 10 and has not been seen since Saturday. "Diego" was estimated to be about 30 feet long.