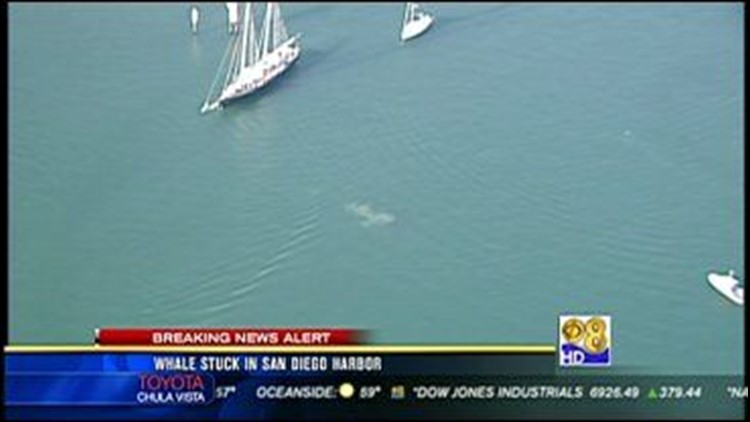 A 30-foot gray whale made an appearance in San Diego Bay today, giving boaters and waterfront passers-by some up-close views of a large cetacean generally found in the open ocean.

The U.S. Coast Guard began getting reports about the fairly rare presence of a whale in the harbor about 1 p.m., USCG public affairs Lt. Josh Nelson said.

"It's just hanging out and swimming around," Nelson said.

The federal maritime agency notified National Marine Fisheries Service personnel, who requested a follow-up call if the sea mammal hasn't returned to the ocean within a few days, according to Nelson.

"We just want to stay away from it, and we hope that boaters keep their distance too," he said.