A rare and enormous visitor to San Diego waters was captured on camera just off our shoreline. 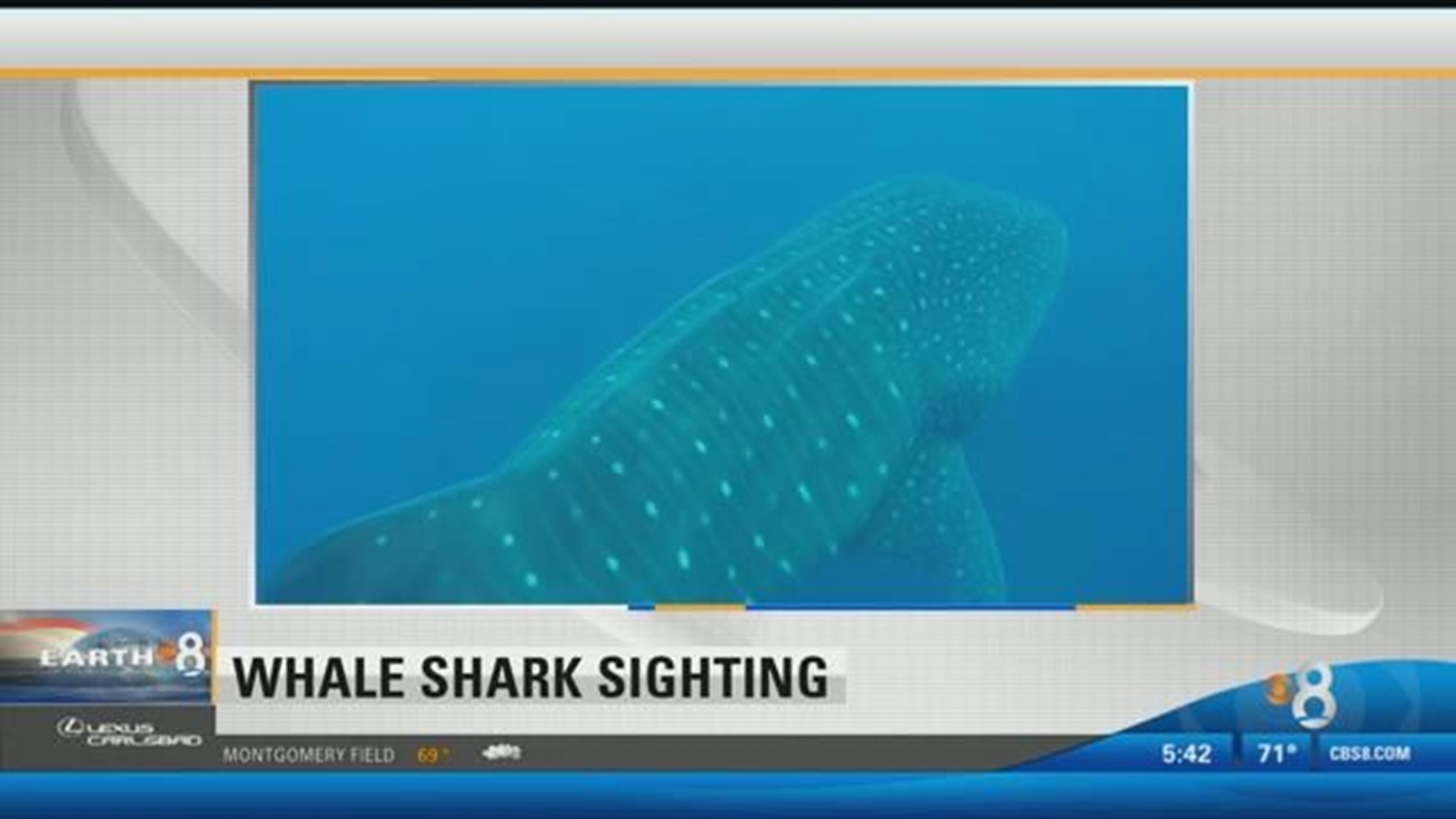 SAN DIEGO (CBS 8) - A rare and enormous visitor to San Diego waters was captured on camera just off our shoreline.

This indeed has been a summer of very unusual sea life coming into the water off San Diego, and over the weekend, a tour from SD Xpidition were out looking for Mako sharks, but instead found a whale shark.

Emily Gallahan is a dive master for SD Xpidition with 15-years of experience. She has a Masters in Marine Conservation from Scripps and has encountered whale sharks off Central America.

"It's very odd to see one in San Diego. Anywhere in Southern California," said Gallahan.

What is even more incredible is the proximity how close it came to the coast.

Everyone on the tour had the opportunity of a lifetime.

Watch the amazing footage in the above video report.