Whale Shark Study: The biggest fish on earth yet we know so little

It’s the biggest shark and fish in the sea, but it is also one the least understood. 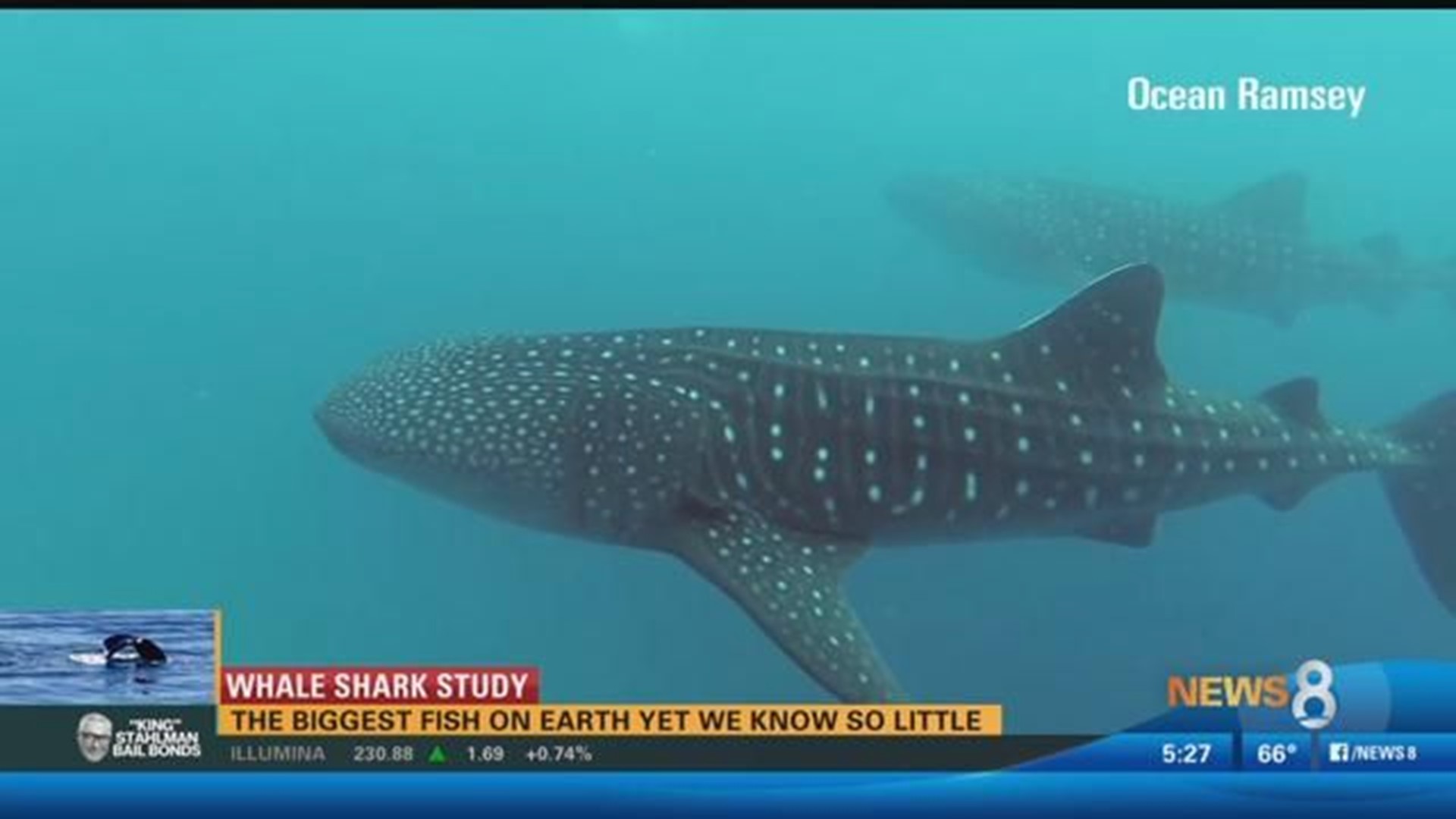 SAN DIEGO (NEWS 8) – It’s the biggest shark and fish in the sea, but it is also one the least understood.

In an attempt to solve some of the most enduring mysteries surrounding whale sharks, scientists dove with them in the Galapagos Islands.

Whale sharks can weigh over 40,000 pounds and grow up to 50-feet long – they are basically a swimming double decker bus.

Despite their size, they are venerable and over fishing has put them at risk of extinction, but scientists are working to learn more about them.

Whale sharks are found in warm waters around the world. A recent study around the Galapagos Islands in the Pacific off Ecuador has been helping scientists.

While more males seem to gather in that area of the world, scientists said it’s females that will give them more answers as they seek to understand their size and sexual maturity that remains unknown.

Some of the whale sharks have been tagged, but because of the how deep they swim, the trackers do not last long. However, the data collected has shown a recurring pattern performed by pregnant females – giving scientists a better understanding of the mysterious whale shark.