What’s next in Kellen Winslow II case following mistrial on 8 charges, convictions on 3

Following the mistrial declaration many questions remained as to if Winslow would be re-tried and when sentencing may occur for the charges he has been convicted of. 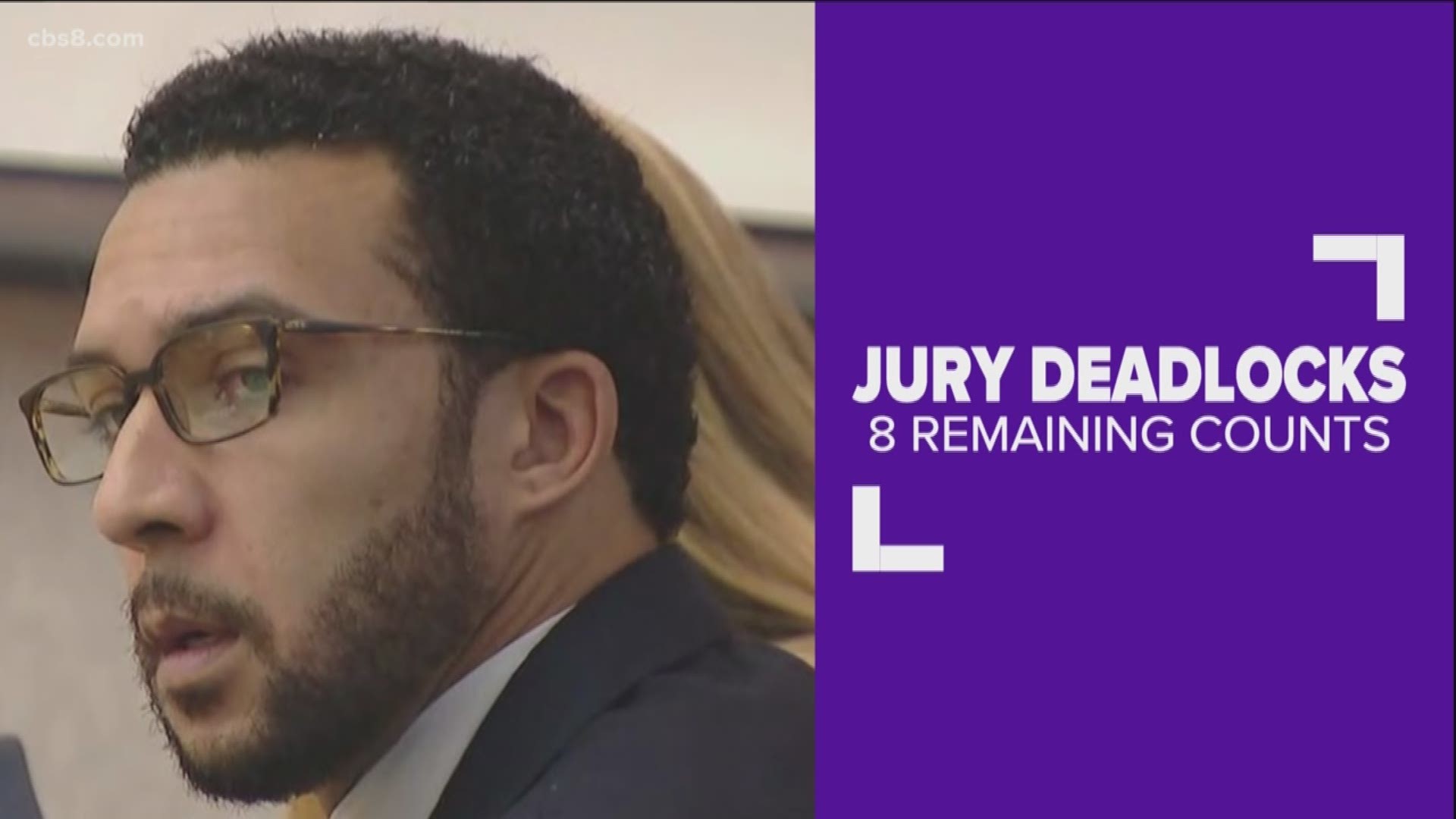 SAN DIEGO — Jurors in the trial of ex-NFL tight end Kellen Winslow II were able to reach verdicts on four of the 12 charges he faced this week, but were unable to agree on eight other counts. They also acquitted the 35-year-old San Diego native of one charge.

Judge Blaine Bowman declared a mistrial on the remaining charges Tuesday after the jury said they were hopeless deadlocked. Winslow II has been accused of rape, indecent exposure and lewd conduct by five women who all took the stand during the trial.

Following the mistrial declaration many questions remained as to if Winslow would be re-tried and when sentencing may occur for the charges he has been convicted of.  A status conference was set for Friday morning to decide how the case should proceed and whether there will be a retrial on the remaining counts.

Following about a week of deliberations, the panel on Monday convicted Winslow of last May's rape of a 58-year-old homeless woman identified at trial as Jane Doe 2; exposing himself to Jane Doe 3, who was gardening in her front yard in Cardiff last May; and touching himself in front of a 77-year-old woman known as Jane Doe 5 at a Carlsbad gym in February. He was acquitted of a second charge of lewd conduct related to a second incident involving Jane Doe 5.

Jurors on Monday afternoon told Judge Bowman that they were deadlocked on the eight remaining counts, and Bowman instructed them to return Tuesday morning for further deliberations in hopes of a different outcome. But after about an hour behind closed doors, they informed the court that they remained hopelessly deadlocked, prompting Bowman to declare a mistrial as to those counts.

The jury was unable to reach consensus on rape and kidnapping charges involving a 54-year-old hitchhiker who alleges Winslow targeted her last March in Encinitas, and a woman who says the defendant raped her when she was 17 and while she was unconscious in 2003.

The jury was polled on their votes for the remaining charges.

Here is a breakdown of their votes on the remaining eight charges:

The jury voted 10-2 in favor of guilty regarding misdemeanor counts of elder abuse and elder battery regarding Jane Doe 5.

Following the announcements, lawyers for both sides held a press conference to address the media.

Deputy District Attorney Dan Owens said the decision to re-try Winslow on the remaining eight charges would be considered by the Deputy Attorney's office.

Three attorneys representing Winslow - Brian Watkins, Marc Carlos, and Emily Bahr – also addressed the media Tuesday saying they would continue litigating the case until their client is exonerated. They said they plan to appeal the convictions handed down Monday as well. When asked, Marc Carlos indicated the legal team stood by their decision not to put Winslow on the stand.

When asked if their side was satisfied with the trial’s outcome, Watkins said:

Both sides expressed appreciation for the jury and the time they took in deliberating the case. All twelve jurors and one alternate spoke to the attorneys following the mistrial declaration. Judge Bowman said it was up to the jurors if they wanted to speak to the lawyers about the decisions they made and were unable to make. Carlos said it was the first time he had the opportunity to talk to all twelve jurors – plus an alternate - following a trial.

Winslow faces up to nine years in prison on his current convictions – eight for the forcible rape and six months each for the lewd conduct and indecent exposure convictions. If he is re-tried and found guilty of the remaining charges, he could face life in prison.