The aircraft carrier USS Ronald Reagan is a Navy engineering marvel that few people will ever get to see for themselves. 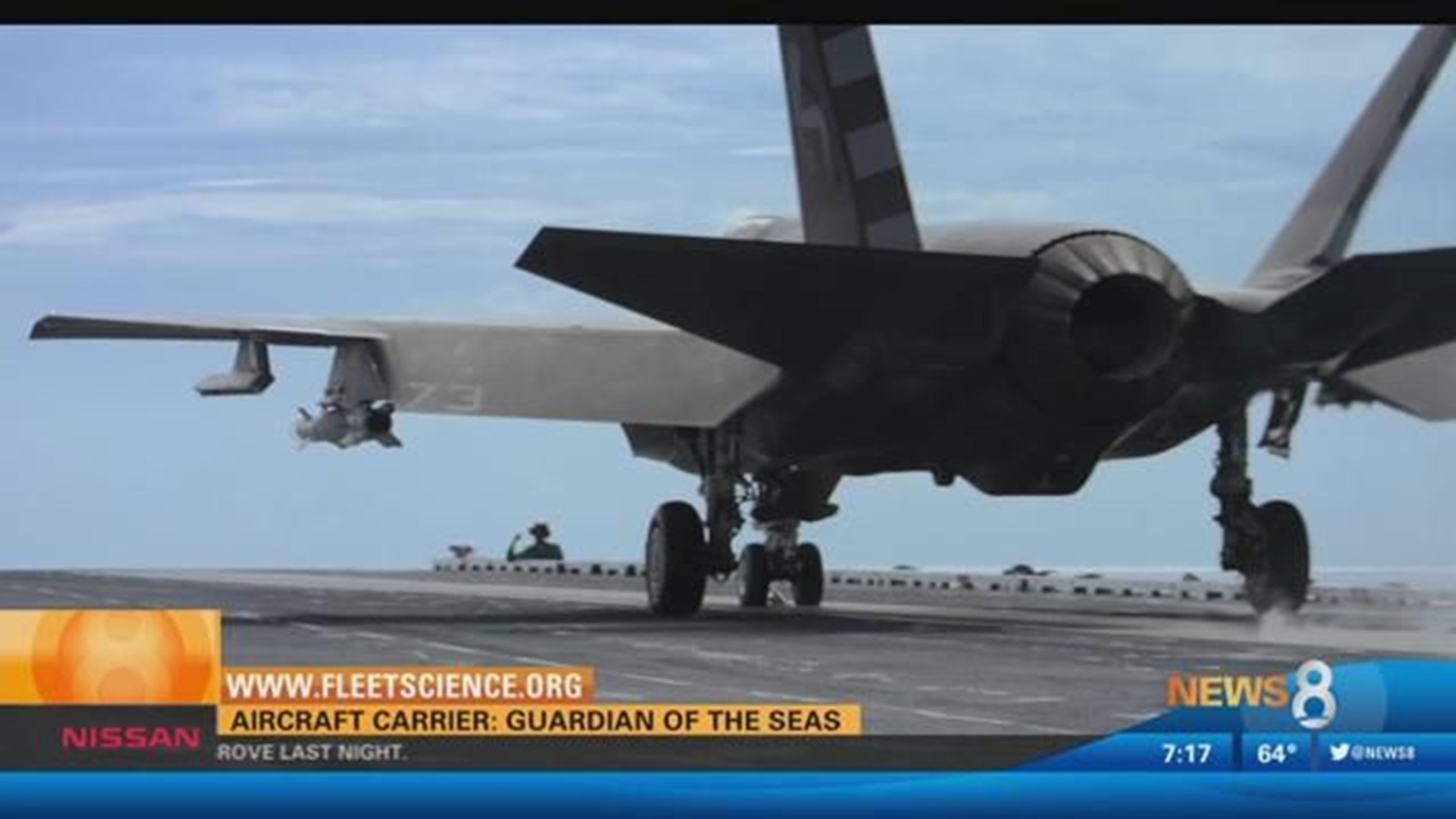 (NEWS 8) - The aircraft carriers USS Ronald Reagan and USS Theodore Roosevelt are Navy engineering marvels that few people will ever get to see for themselves.

Luckily, the Navy allowed filmmakers on board during the branch's RIMPAC exercise to explore the ships, their crew, and all of the extraordinary military technology and fighting aircraft machines that they house in "Aircraft Carrier: The Guardians of the Sea."

The film's producer, Mark Krenzien, and former commander of USS Theodore Roosevelt, Captain Craig Clapperton, joined News 8's Heather Myers on Thursday to talk about the film and the unprecedented amount of exposure allowed to film crews on two of the Navy's flagship war machines.

The Fleet Science Center in Balboa Park is the only California venue screening the film, and it will be shown daily on the center's iMAX Dome Theater after its opening on November 10. Tickets are available at the center's ticket counter or online here.

Watch the trailer below: