A 55-year-old woman was being questioned after she called relatives in another state to report her husband and teenaged daughter had been shot dead inside an apartment near Lake Murray Saturday, a pol 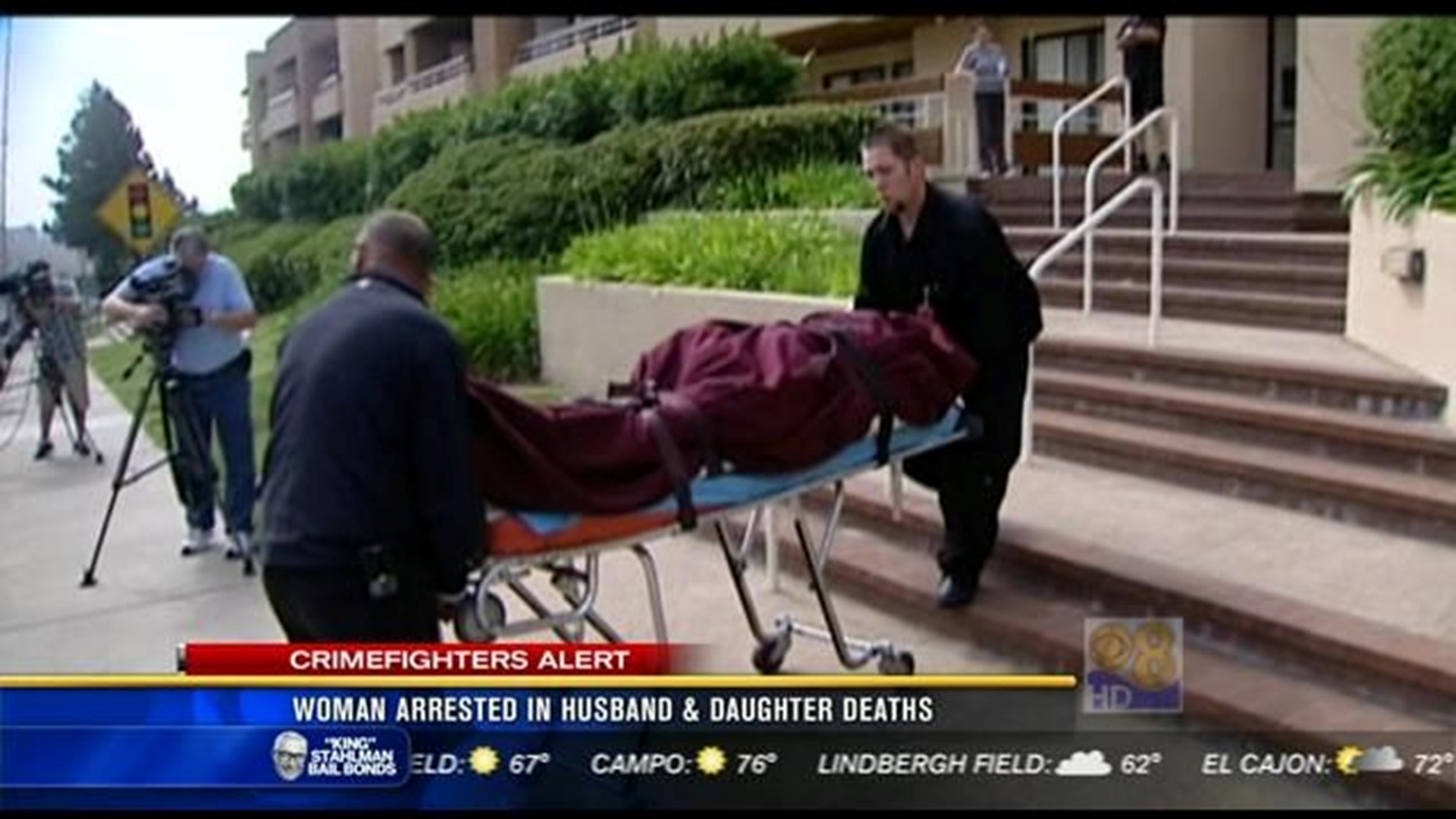 Crisis counselors were at West Hills High School in Santee Monday to help classmates of 14-year-old Aaliyah Johnson cope with her death. Police discovered Aaliyah's body, along with the body of her father, 56-year-old Reuben Johnson, at their San Carlos home last weekend.

Regina Johnson is accused of shooting the two to death, as early as last Wednesday.

Police have not released a motive for the shootings, but bankruptcy records obtained by News 8 show the family had a history of financial problems, including multiple bankruptcy filings. Adding to their stress, Regina was laid off from her job as an administrator at a local financial services company.

THIS IS AN UPDATE TO THE PREVIOUS STORY BELOW.

SAN DIEGO (CBS 8) - Fifty-five-year-old Regina Renee Johnson is behind bars for allegedly shooting her husband and teenage daughter to death at a San Carlos apartment early Saturday, June 2nd, after she called a relative in another state and mentioned her husband and teenaged daughter were dead, according to San Diego police Lt. Kevin Rooney.

According to reports, the suspect called a relative in Washington State Saturday night with gruesome news.  The relative frantically called authorities, which lead police to the bodies and convincing the suspect to come outside where she was detained.

The Police have not released the names of the victims, but according to several sources, the victims are 56-year-old Reuben Johnson and 14-year-old Aaliyah Johnson.

Officers were dispatched to an apartment in the 7200 block of Navajo Road on a report of a shooting about 1:35 a.m. early Saturday., and made contact by phone with the woman inside the apartment.

The officers convinced the woman to come outside, where she was detained. The bodies of a 56-year-old man and a 14-year-old girl were discovered inside.

Lt. Rooney said that the man and girl could have been fatally shot as early as Wednesday and the suspect had remained in the apartment since.  Gunshots in the area where the family of three lived were not reported to police in the past few days.

Johnson had been laid off from a financial planning company.   Neighbors who live next to the unit where the two bodies were found say he was a 6'3'' ex-Navy man.

A motive for the shootings was not immediately known and the victims have not been positively identified.

Johnson was booked into Las Colinas Detention Facility on suspicion of two counts of first-degree murder. She is scheduled to be arraigned at 1:30 p.m. Wednesday, according to jail records.