Woman killed in multi-car crash on SR-78 in Vista

A woman was killed in an early-morning crash on State Route 78 on Sunday, causing California Highway Patrol officers to close lanes and divert traffic off the freeway throughout the morning. 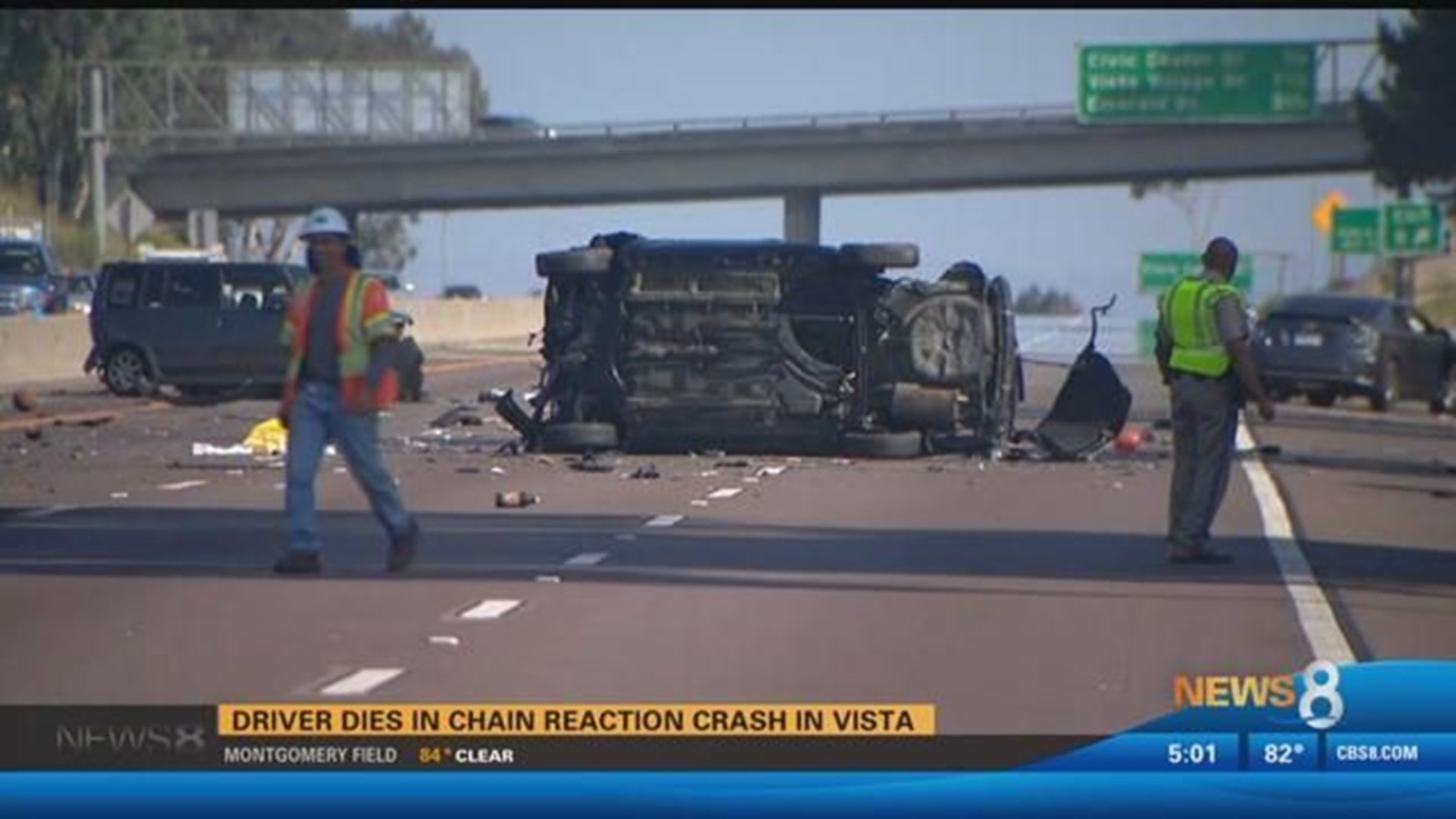 VISTA (NEWS 8/CNS) - A woman was killed in a 2:15 a.m. crash on state Route 78 on Sunday, when she weaved into a single-vehicle crash, was ejected onto the freeway, and two cars driven by allegedly drunken drivers smashed into the wreckage.

The freeway was closed by California Highway Patrol officers much of the morning.

Dispatchers first received a report of the crash on westbound state Route 78 at Mar Vista Drive around 2:15 a.m.

"We have one fatality from the initial driver,” said CHP Officer Mark Latulippe. “All we got so far is that she veered off the right side of the freeway, came back across into the center divider and then struck center divide; she became disabled, we think partially within the number one and center divider.”

The car came to rest in the divider and the far left lane with the 33-year-old driver inside, where it was struck by another car, a Scion XB driven by a 54-year-old San Marcos man, Latulippe said. The force of that crash pushed the Corolla onto its side in the two right lanes, and ejected the woman into the left lane.

The Scion XB stopped in the left lane, where it was then rear-ended by a Scion XC, Latulippe said.

The woman died at the scene. The driver of the Scion XB sustained major injuries.

The 38-year-old man from San Marcos, and his two passengers in the Scion XC, sustained only minor injuries.

The drivers of both Scions were suspected to be under the influence of alcohol or drugs at the time of the incident, Latulippe said.

The accident sent debris flying all over the highway and had the westbound lanes of SR-78 shut down for much of Sunday. The closure backed up traffic for several miles on the highway before the lanes were re-opened in the later afternoon.

As for what may have led the woman to hit the median in the initial crash, Latulippe said they are still trying to determine that as they investigate the crash.

Anyone who may have witnessed the collision or can provide additional information regarding this incident, please contact the California Highway Patrol at 858-637-3800.