Police Wednesday were investigating a shooting that left a woman dead in the Point Loma Heights area. 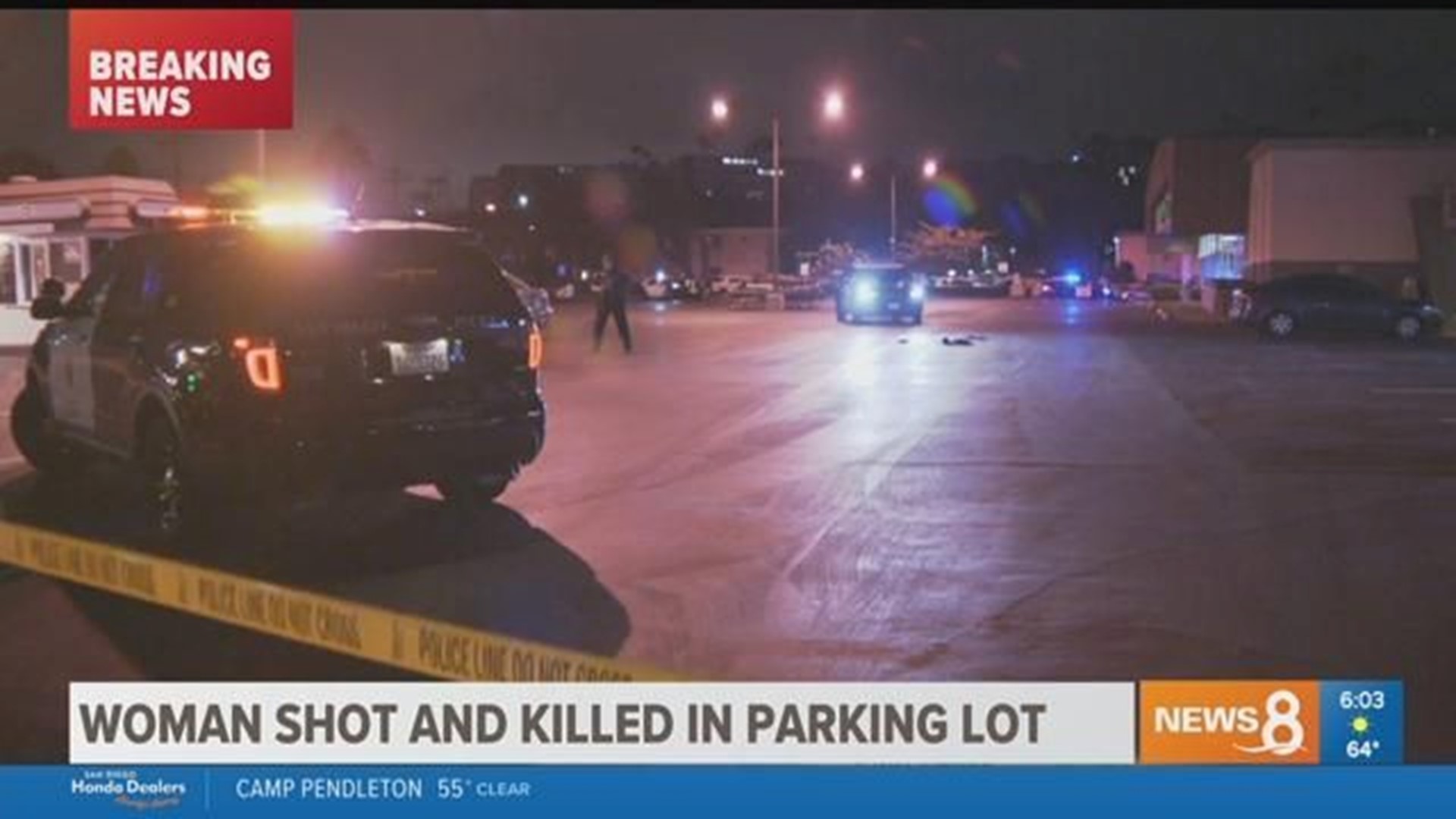 SAN DIEGO (CNS) - Police Wednesday were investigating a shooting that left a woman dead in the Point Loma Heights area.

Dispatchers received reports shortly before 11:45 p.m. Tuesday of a shooting at a parking lot in the 4000 block of West Point Loma Boulevard, according to San Diego police.

A man and a woman were standing next to a vehicle in the parking lot of Barons Market on West Point Loma Boulevard when witnesses heard yelling and one gunshot, Lt. Anthony Dupree said.

The woman, believed to be in her 30s, was found lying on the ground in the parking lot and witnesses saw a black sedan leaving eastbound on West Point Loma Boulevard at a high speed, Dupree said.

The victim was rushed to a hospital with a gunshot wound to her upper body and was later pronounced dead, Dupree said, adding that the victim has not been identified.

The suspect was described as a black man in his mid-to-late 30s who was last seen wearing dark clothing.

Police were working to get surveillance video from surrounding businesses, including Barons Market and Domino's Pizza, Dupree said.

The parking lot was expected to be shut down for several hours as homicide detectives investigate the shooting.