A woman was taken to the hospital with critical injuries after she was hit by a car Thursday night in Chula Vista. 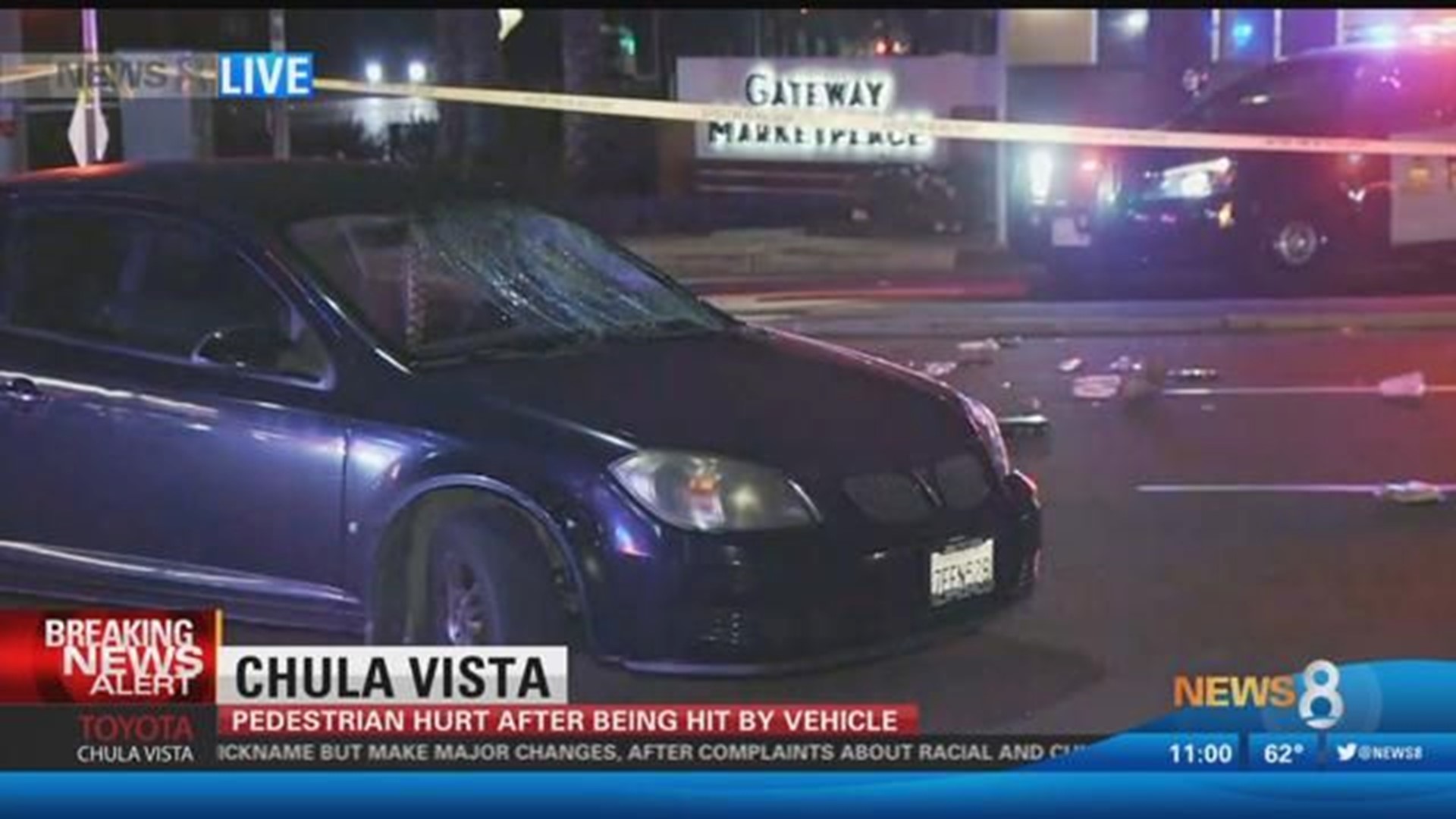 CHULA VISTA (CNS) - Police Friday were investigating a fatal accident between a car and a pedestrian in a Chula Vista intersection.

A woman believed to be in her 50s or 60s was pushing a shopping cart through the intersection when she was struck by a black Pontiac sedan, Martin said. Witnesses said she was crossing the street against a red light, and the driver of the Pontiac had a green light.

The woman was not breathing when medics arrived, but emergency crews were able to revive her at the scene. She later died at a hospital, Martin said.

The Pontiac stopped after the crash, the left side of its windshield shattered, and the driver was cooperative with the investigation, Martin said.

Neither alcohol nor drugs were thought to be factors in the collision.